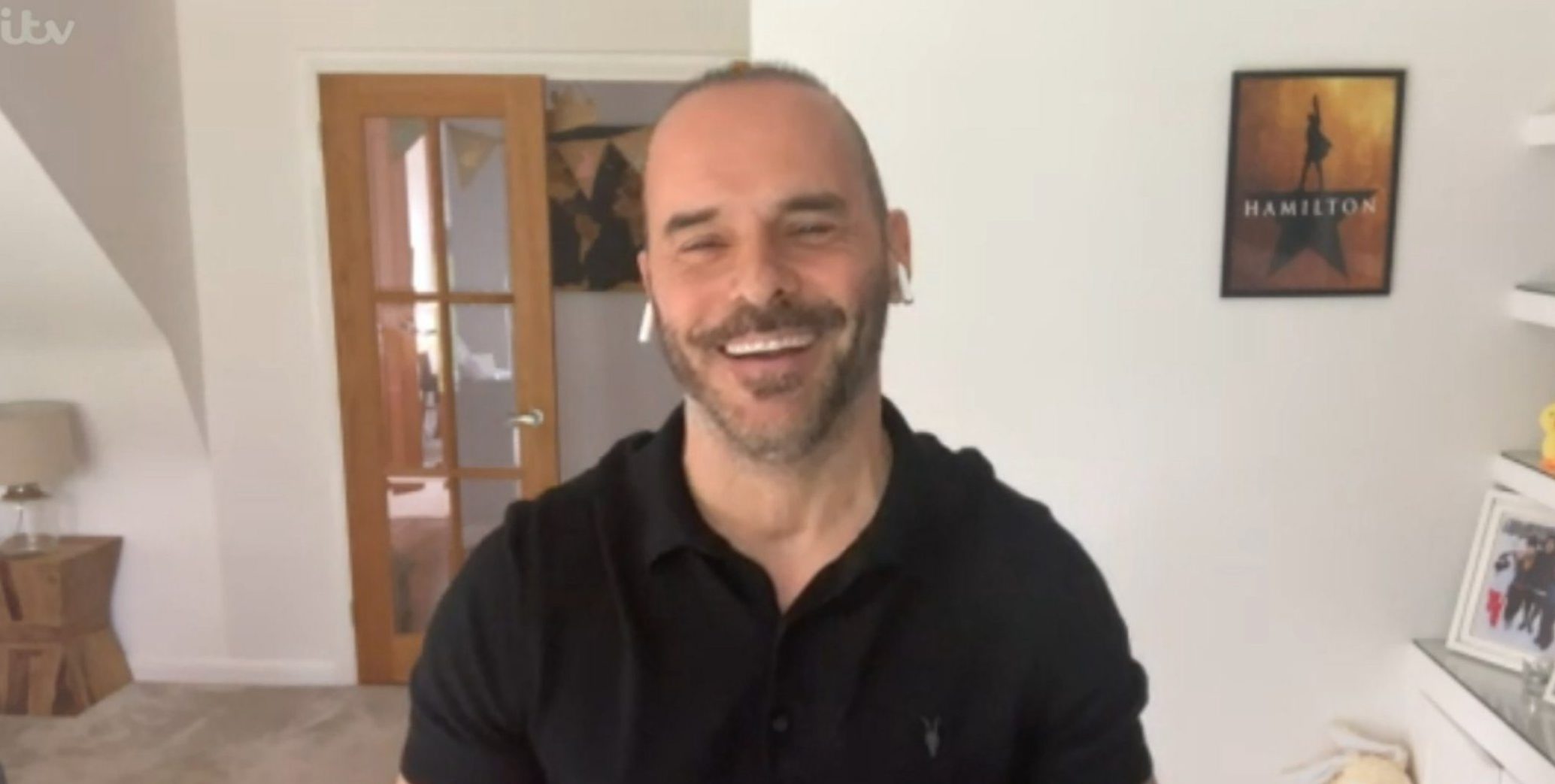 Michael Greco has revealed his baby son, who he shares with partner Helen Harris, has been born six weeks early so doctors can look after his rare birth defect.

The former EastEnders star, 50, confirmed he had become a father to a baby boy named Gianluca, calling it the ‘best day of his life’.

He shared a picture of him sweetly stroking the baby’s head, with tubes visible in the child’s nose and mouth, writing: ‘My boy… Gianluca Greco. Born July 1st 2021. Weighing 4.47lbs.

‘The little man was born prematurely due to the fact that previous scans had failed to pick up his rare birth defect called Gastroschisis. The consultant suggested it was best for him to born early so that he could get the necessary care and attention.

‘He was born at University College of London Hospital @uclh Their staff were extremely professional and Mother and Baby could not have been in better hands. Dad was a “tad” emotional to say the least!’

Gastroschisis is a type of abdominal wall defect when the baby’s abdomen does not develop fully while in the womb, according to Great Ormond Street Hospital, where the baby is being treated.

Michael added that the little one has already had an operation to help correct the defect, explaining: ‘Baby has already had his first operation to replace his bowel where it should belong and is under the worlds best care of @greatormondst where he will be in ICU for a while and most probably for up to 6 weeks.

‘My heart is full already and this is by far the best day of my life. I love you Gianluca more than I can ever imagine.’

GOSH reports that gastroschisis happens in approximately one in every 3000 babies born, with it usually being identified before birth on an ultrasound scan.

The outlook for children born with gastroschisis is good, with the majority growing up to live normal lives, and providing no damage occurred to the intestines, babies are usually in hospital for a month after their operation and can feed normally within a few weeks of treatment.