Eamonn Holmes, 61, has been suffering from chronic pain symptoms for several months and has been vocal on social media and This Morning about his struggles. Most recently, the television veteran informed his followers he is finally starting to feel some relief after receiving steroid injections. However, Ruth Langsford, 61, told her Loose Women co-star’s her husband’s battle is far from over as his bulging discs continue to cause problems to his mobility amongst other things.

With Eamonn updating his followers on Twitter on Monday night that the injections he had last week now seem to be working, Ruth said: “He’s been suffering a lot of pain.

“He’s got two bulging discs in his back and it’s still ongoing. He’s had a lot of physio on his back and he’s had two injections.

“It is really difficult dealing with that type of pain when you’re sleeping.

“And it doesn’t just affect that person, it affects the whole family often and it can also affect your work.” 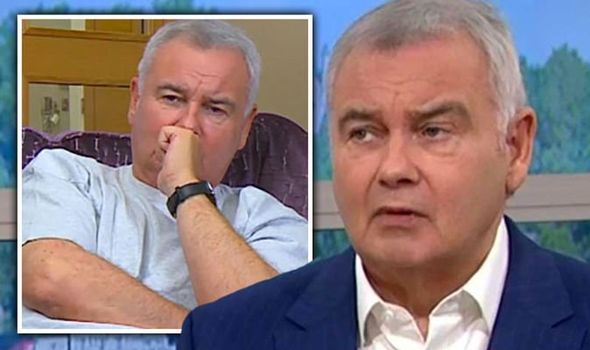 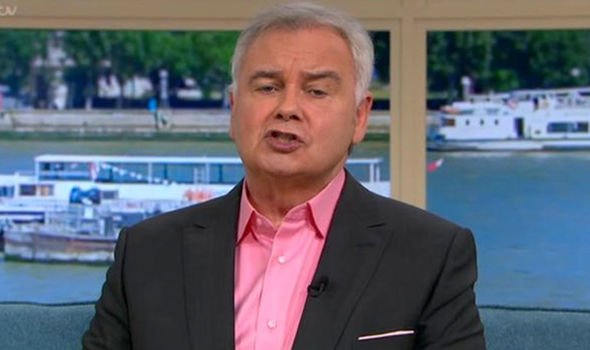 Ruth also added later on in the discussion that Eamonn is only getting “two to three” hours of sleep a night.

Taking to Twitter, viewers reacted to the update on the presenter’s health as one wrote: “I love @EamonnHolmes and I truly believe is suffering. Though there again, if I had the money I do honestly think I’d be the first to go private.”

A second avid fan of the couple posted: “That’s good news. See you soon on This Morning. love watching you and Ruth.”

Whilst a third remarked: “So glad you are feeling better. Just listening to Ruth talking about your pain. May your pain continue to ease. Lots of love Xxxx.” 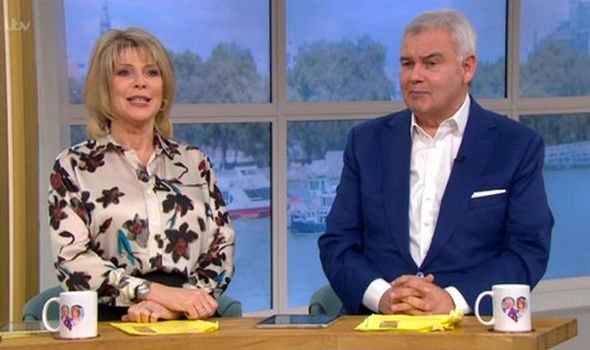 It is really difficult

During a conversation with political broadcaster Andrew Neil, 71, on This Morning, Eamonn discussed what he thought was the cause of his health problems.

“Andrew, my health has taken a turn for the worse. I don’t want to go into too much detail about it,” the presenter said.

“I was sorry to hear that,” Andrew replied to which the television veteran shared: “Oh! Discs, back, all sorts of things!

“But the physio said to me, ‘Take a cold shower’ and I said, ‘Take a running jump’,” but Eamonn explained he had tried a cold shower which seemed to ease the pain. 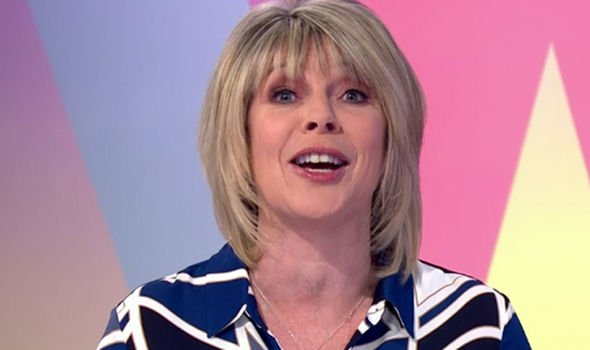 In a recent interview, the television veteran opened up about the battle he is currently facing on a day-to-day basis.

Eamonn said: “Nobody knows what it’s [chronic pain] like unless they live with someone who has it. I’m in huge pain and nobody knows how to stop it.

“This hurts like hell and I need to find a way to overcome it. It has lasted a month and it feels like I can’t remember what life was like without the pain.”

According to the NHS website, chronic pain is defined as pain that lasts for more than 12 weeks.

The NHS also recommends several ways you should be able to reduce systems, including exercise and physical therapy.

Painkillers is also another remedy as well as carrying on with working duties to keep the muscles moving as much as they can.

However, after having steroid injections for his two bulging discs, it seems Eamonn could be on the road to recovery.

“For the first time in 5 weeks, I feel good! Can’t believe I’m saying that but steroid injections from last week must be kicking in too. The comeback starts here,” he wrote on Twitter.