Dr Hilary Jones has accused the Prime Minister of appearing to ‘deliberately’ not wear a mask in tight public spaces after he was pictured on a busy train without a protective face covering.

The Prime Minister was spotted on talking to passengers on a packed Manchester to Warrington train on Thursday afternoon, maskless, with his entire team also on board.

Last week he was snapped greeting hospital staff without his mask, introducing himself to nurses who all wore face coverings, but later insisted: ‘I wear a mask wherever the rules say I should, and I urge everyone else to do the same.’

However, for Dr Hilary – a huge guide for millions during the pandemic – said forgetting a mask once is an unfortunate accident but with Mr. Johnson ‘it’s starting to look deliberate’.

‘We now have quantifiable evidence that wearing a mask in certain situations when you’re in close proximity top strangers in unventilated places is a good thing to do as well as socially distancing and washing out hands – we still need to do those things and not rely completely on vaccination,’ he told Lorraine, during her chat show.

The presenter said she was ‘infuriated’ by Prime Minister, highlighting he was also photographed maskless when sat beside ‘national treasure’ Sir David Attenborough, 95, during the Cop26 climate summit in Glasgow. 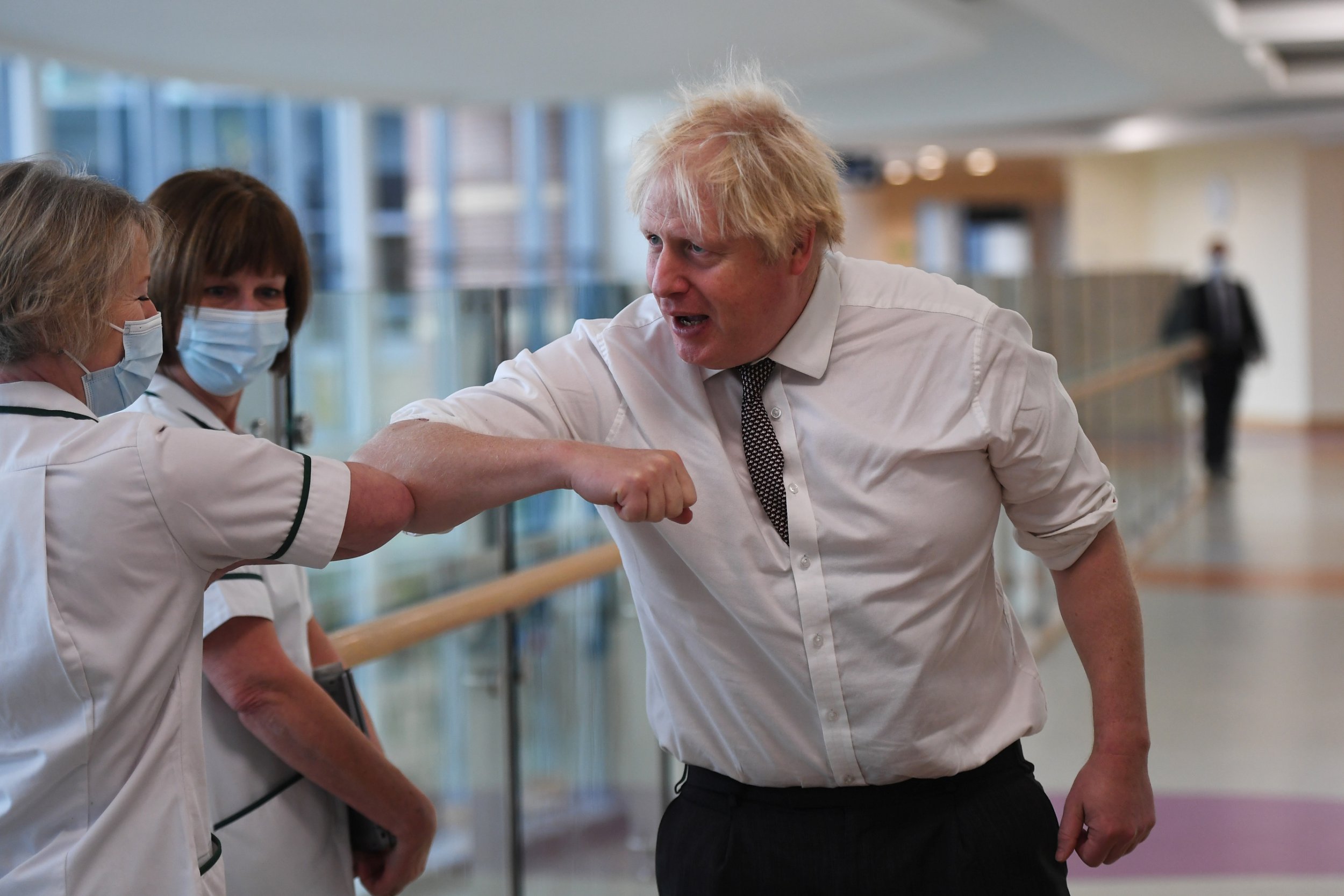 ‘I mean, lead by example, the man had Covid, he knows what it’s like,’ she complained.

‘Are people too intimidated to say, “sorry Prime Minister, but I think you should be wearing a mask?”’ asked Dr Hilary.

‘Anyone can forget it once, I’ve forgotten it once going into a chemist, there was no body in the chemist but I forgot one, anyone can do that – but this almost looks like it’s deliberate, he’s done it so many times.

‘He should be leading by example.’

When, where and why you should wear a mask

Wearing a face covering remains law in some settings, such as public transport in Wales, Northern Ireland and Scotland — but England’s rules are looser.

Transport for London has made them a condition of carriage — a non-legal rule — on trains and buses, while most rail operators simply urge or advise passengers to do so.

Senior health experts have urged people to wear face coverings to help reduce the threat of Covid and stave off future lockdowns.

Days before ‘Freedom Day’, England’s chief medical officer Prof Chris Whitty said he believed there were three scenarios when they should still be put on.

‘The first is in any situation indoors and crowded or indoors with close proximity to other people,’ he said.

‘That is because masks help protect other people. The second situation is if I was required to by any competent authority. The third is if someone else was uncomfortable if I did not wear a mask, as a point of common courtesy.’

Chief scientific adviser Sir Patrick Vallance agreed, adding: ‘Masks are most effective at preventing somebody else catching the disease from you, and they have some effect to prevent you catching it.’

Network Rail estimated around 80% of passengers in England kept wearing masks in July after the rules changed. However, by September, it put the figure at just 20%, despite a new global study concluding coverings reduce Covid infections by 53%, which is double the effectiveness of social distancing.

While masks are no longer a legal requirement in England, train operators still urge passengers to wear them.

‘In that case, why did Boris Johnson do this?’ snapped Adil. ‘Boris Johnson on a train last week, busy train there, he’s not wearing a mask. Are you saying the Prime Minister’s not got any common sense and not following his own advice?’

Metro.co.uk has contacted Down Street for comment on this story.

Lorraine airs weekdays at 9am on ITV.