The results of The Voice Season 18 were revealed crowning a winner. Fans are having a strong reaction to it and some are calling for changes next season. But did the winner have an advantage over the other finalists? Here is why it’s possible and more. [Spoiler for The Voice Season 18 Live Finale Part 2]

‘The Voice’ Season 18 crowned a winner 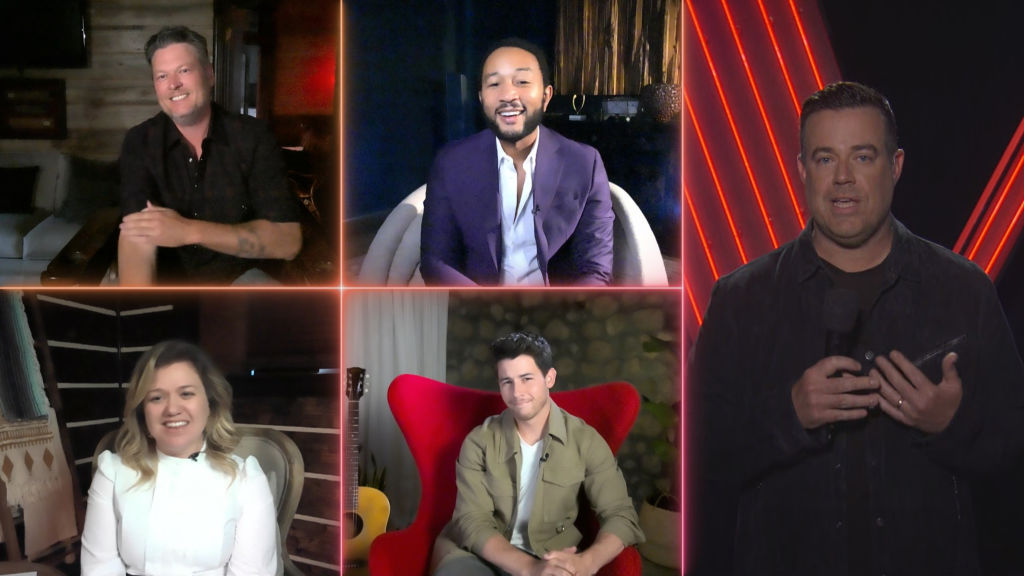 The newest season has officially ended with revealing how fans voted for the final results. Micah Iverson from Team Kelly Clarkson was in fifth place, CammWess from Team John Legend was in fourth place. That left Todd Tilgham and Toneisha Harris from Team Blake Shelton and Thunderstorm Artis from Team Nick Jonas as the final three artists.

Tilgham was the one who took home the trophy for Team Blake. Shelton actually had two artists make it through because Harris was on his team.

The pastor also tweeted with, “I wish I knew how to say thank you. And I wish y’all knew how much I respect and admire my new friends and fellow artists/contestants on @NBCTheVoice. I don’t know how long it’ll take me to process, but I sure am #grateful for every moment. @blakeshelton #TheVoice.”

The country singer had a conversation with Tilghman in the first part of the finale before he sang “I Can Only Imagine” by Christian rock band MercyMe. Shelton made it clear that he felt connected to the pastor.

“Literally talking to you is like I’ve known you my whole life. Your journey is pretty amazing because you’ve kind of been this well-kept secret down in there in Meridan, Mississippi,” Shelton told Tilghman. “Nobody knew this incredible superstar was lurking in a church down there.”

It’s not surprising that the coach felt a connection with Tilgham. Tilgham can easily slip into country music and he lives in a similar area to Shelton. Shelton lives in Oklahoma while Tilgham lives in Mississippi.

Shelton’s other artist, Harris is more focused on gospel music and R&B. She is from Georgia. But she didn’t share the same country connection with the coach.

Shelton said fans vote for people who have an ‘actual bond’

REVEALED: Why Adam Levine Says He’s Having the ‘Greatest Time Ever’ After Quitting ‘The Voice’

Shelton was previously asked what his secret was behind winning the most as a coach on The Voice. He told Kelly Ripa and Ryan Seacrest that it came down to country music and him connecting with certain artists.

“America they can see it when you have an actual real bond with somebody on your team. People connect to that,” Shelton said. “There is something about the country audience out there. They’re very active. You know from [American] Idol some of yall’s winners,” continued Shelton. “The country audience is so loyal and they connect. They follow through, man. They get on the phone. They vote.”

This could mean Tilghman had an advantage over the other finalists. He might be a similar artist to Harris given they both have musical roots in the church. But Shelton had a strong connection with Tilghman and made it known to fans.

It’s hard to say if this is necessarily a bad or good thing. Coaches should be encouraged to form connections with all of their artists. However, if there is one they clearly are closer with that might lead to an advantage like this one.