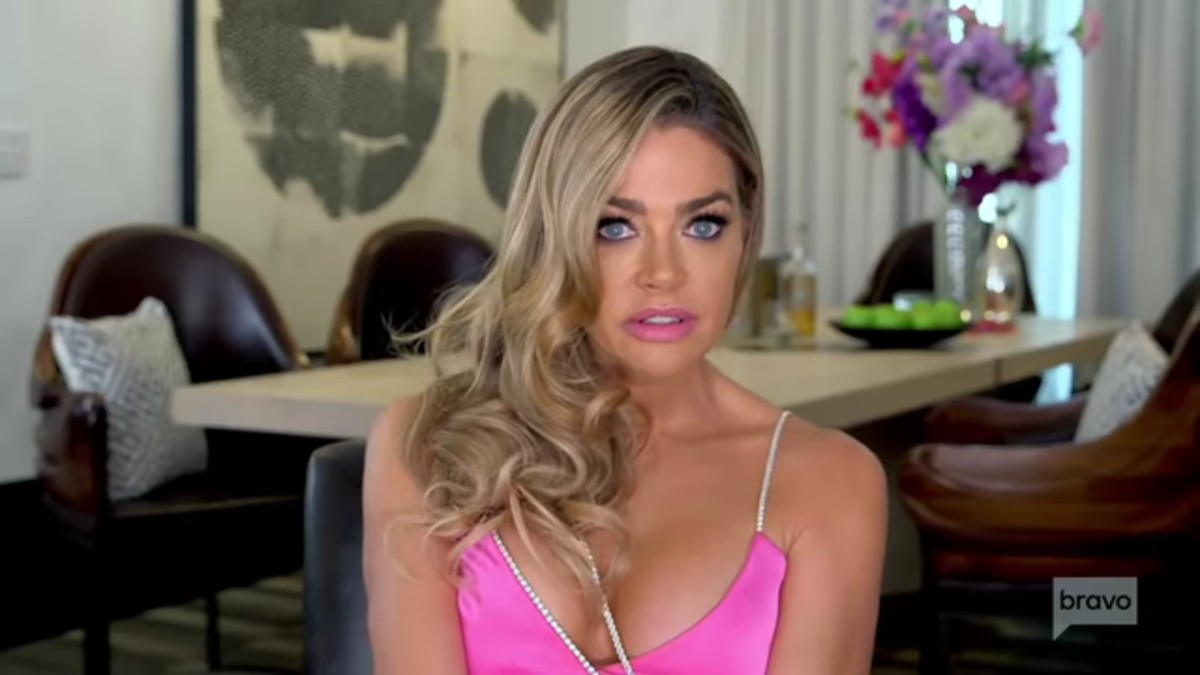 Denise Richards’ last appearance on The Real Housewives of Beverly Hills was a tearful one.

The third part of the reunion aired last week, and viewers saw Richards and Lisa Rinna face off. A friendship that spanned two decades was fractured while filming, and now, it looks like it is irreparable.

What happened between Lisa Rinna and Denise Richards?

At the end of The Real Housewives of Beverly Hills reunion, Lisa Rinna came for Denise Richards. They went back and forth over text messages and the affair allegations, proving that their friendship may be gone forever.

Lisa also threw in the Heather Locklear reference, insinuating Denise was not a good friend. Andy Cohen wanted to dig more into what she meant, but there was no elaboration. She went in hard on her former friend, who ended up in tears.

She even went in on Denise Richards’ legal action against Brandi Glanville and Bravo. Lisa Rinna wasn’t above calling out her former friend and making it known that she believed Brandi about it all. The text messages came into play with Denise asking Lisa if she wanted hers shown as well.

It was an emotional hour, but some of the most intense moments were shared between Lisa Rinna and Denise Richards.

The future looks bright. Better not Bitter. Love you all! Thank you for watching and let’s for gods sakes Move on!!! 💞💞💞 #RHOBH

The future looks bright. Better not Bitter. Love you all! Thank you for watching and let’s for gods sakes Move on!!! 💞💞💞 #RHOBH

What will The Real Housewives of Beverly Hills look like next season?

A major cast shakeup is happening. After the most recent season, Denise Richards confirmed she would not be returning for another season. She is enjoying working on The Bold and the Beautiful and other projects.

In regards to Lisa Rinna, she will likely stick around. Her drama-stirring ways keep things interesting for viewers. Some dubbed her one of the RHOBH mean girls, which she thought was offensive.

Kyle Richards will likely remain the OG on the show. As for the other girls, Teddi Mellencamp is confirmed as out next season. Garcelle Beauvais said she would return if asked. Sutton Stracke is also likely returning as well. Erika Jayne is also a likely bet to return as viewers either love her or love to hate her.

Without Denise Richards, the ladies will have to find someone else to go after next season. Who will it be this time around?

The Real Housewives of Beverly Hills on Bravo is currently on hiatus.