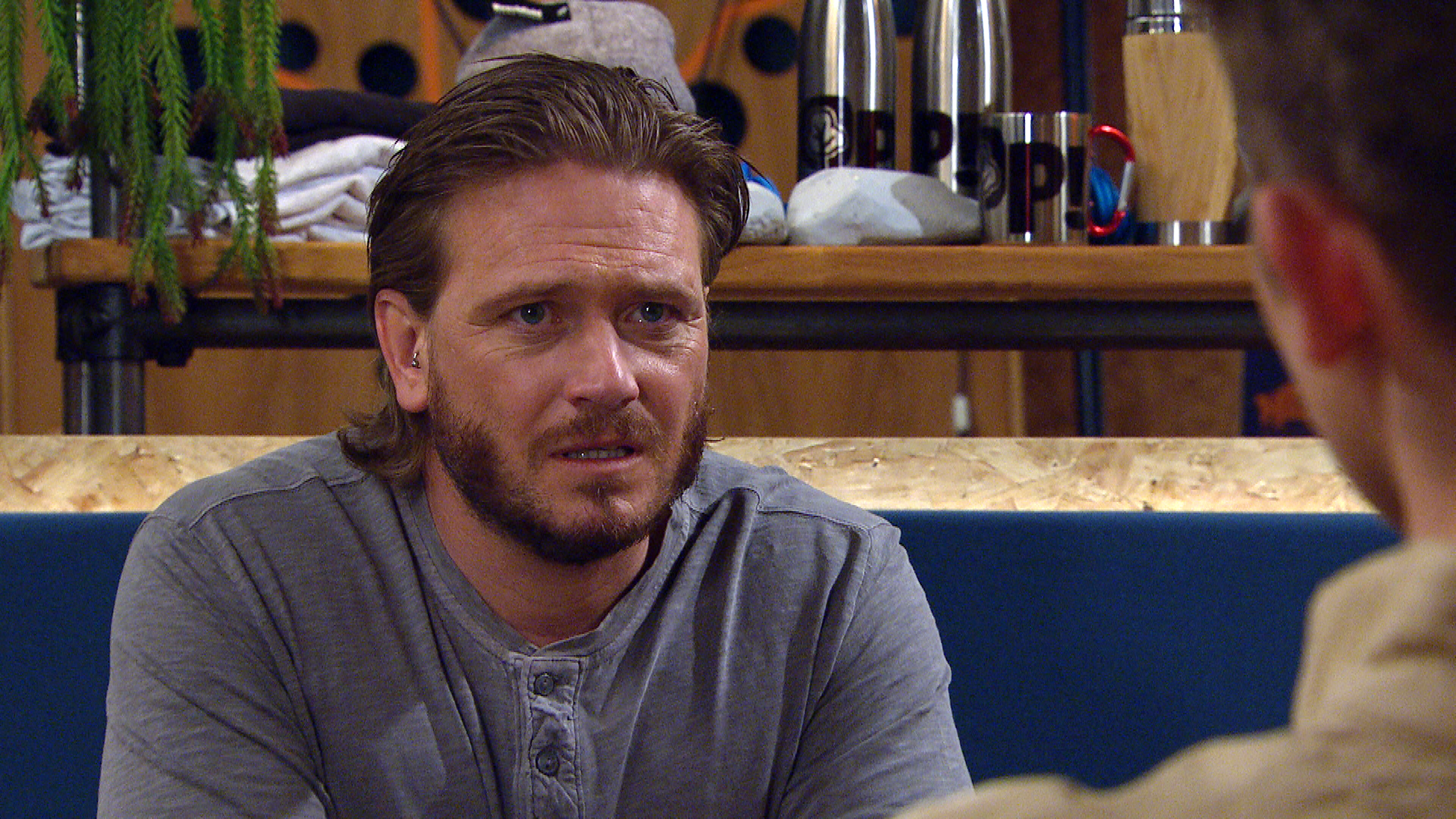 David Metcalfe (Matthew Wolfenden) has more than a few blind spots in Emmerdale – and his most profound one is his naïve trust in anyone he fancies, often to the detriment of those around him.

Having worked in schools, nurseries and as an attachment nanny, one of my biggest beliefs is that children should always be listened to. There is always a reason for what they say and how they say it; from tantrums at an early age through to that almost impenetrable teen speak that’s hard to find the context in.

I am by no means saying that children are never dramatic, never tell fibs or never seek attention – but ignoring even these behaviours is to our peril as guardians and carers.

Listening to our children is key – whether we learn something from a truth or need to get to the root of why they have lied or behaved aggressively or rudely.

David is a prime example of someone who needs to tune into his son. As Matthew himself admits, he has a terrible track record with women. And a massive lesson he learnt in recent years is that the worst possible things can be happening under your nose.

Maya was an expert groomer and Jacob fell for her as she played mind games and used his crush to her abusive advantage.

The way people like this operate is completely manipulative and intelligent. The fact that Maya got away with it for so long, despite many viewers slamming David for missing signs, is how many criminals like this do.

She was able to blindside David and use a young and vulnerable teenager to her advantage, all while presenting herself as a professional, pinnacle member of the community.

So I would certainly be against attributing blame to David for not being aware of what was happening; this was Maya’s intent.

Since Maya was caught, David spent months trying to get his son to open up and to see the woman he thought he loved for the abuser she is.

It was clear that David loves Jacob; there is absolutely no doubting that. However, what we are now seeing on screen is him disregarding all of the progress he made with Jacob and tuning into him and repeating his mistakes for the sake of a woman who flutters her eyelashes at him.

In the way she behaves, Meena is very similar to Maya in many ways. She always has to be in control, she presents a false façade but she is incredibly dangerous.

It is perhaps because Jacob recognises this familiarity that he has instinctively seen through Meena. Sometimes she is less than subtle; when she is with someone behind closed doors, she lets that mask drop and is unashamedly threatening.

So now, after finally getting Jacob to a place where he can trust his dad to listen to him and take him seriously, David is letting him down by almost dismissing his concerns about Meena.

After what happened with Maya, Jacob’s life was changed forever and his trust issues need to be worked on and restored and not taken with a pinch of salt. Only someone in Jacob’s own position can fully understand how much his mind was controlled and what knowledge of human psyche that has left him with.

He was forced to grow up before his time so he is not a child simply not liking his stepmum; he has serious concerns and in this case he is 100% right.

David himself has misgivings about Meena but ploughs ahead anyway, potentially due to his own unresolved complex of not being able to be alone without a woman in this life.

In the early fledgling stages of his relationships, to put it crudely, David’s brain power seems to go blow his waist.

Now more than ever, David should be listening to Jacob and not breaking his promise never to have him in that position again.

David meant his words after the Maya situation but he is not following them through and another crisis is looming.

Once again, a woman he has brought into his son’s life wants to harm Jacob. Meena sees him as an obstacle to David and there should only be one choice for David when Jacob outright tells him he doesn’t trust Meena and has has been threatened by her – listen, take him seriously and get as far away from Meena as possible.

We already know, and some have seen the episodes online already, that Meena is a cold hearted killer whose brain is wired in a dangerous way that means that anyone at anytime could be in danger of death from her.

At the top of that list is Jacob and if David lost his son to a lover of his so soon after he was abused by his last love interest, he would never, ever forgive himself.

David needs to wake up now before it’s too late and actually trust his son to be onto something here. Jacob has more experience than many about calculating and abusive people who present a false front; it’s time now to treat him with the respect he deserves – lives depend on it.