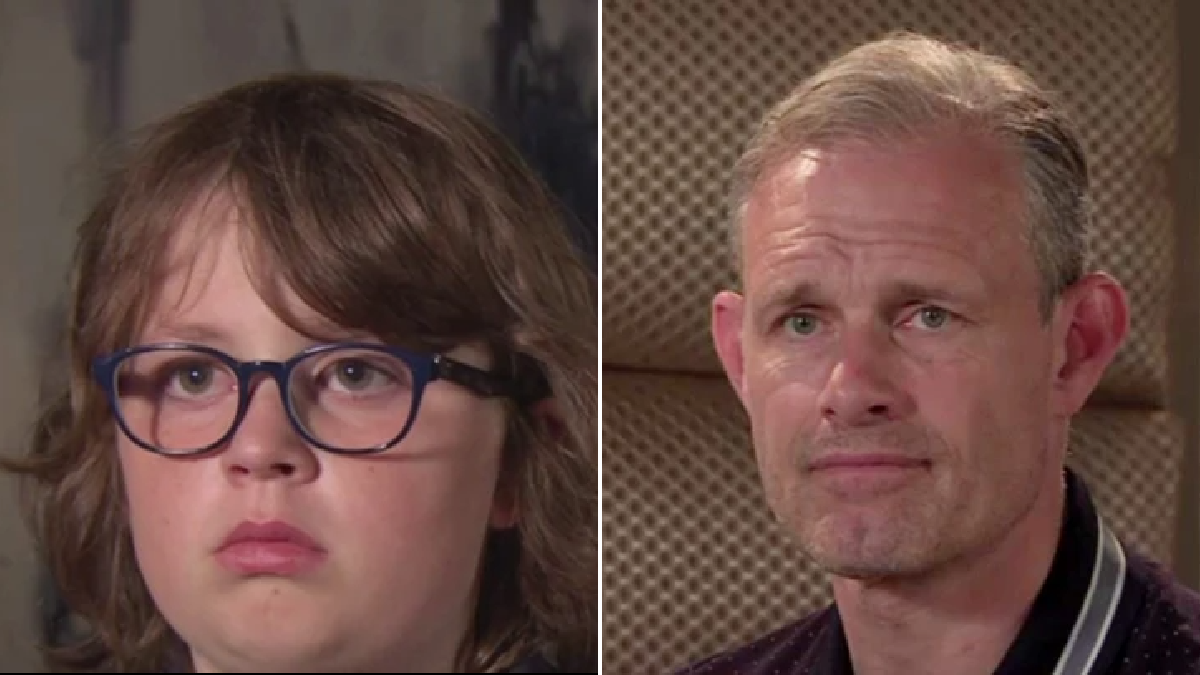 Young Sam Blakeman (Jude Riordan) broke all of our hearts when he said goodbye to his mum in Wednesday’s edition of Coronation Street.

In incredibly emotional scenes, Sam was thinking about regret, such as: pulling away when his mum kissed him with ‘sticky strawberry lipstick’, thinking he should’ve danced more in the kitchen with her, and embracing the morning hugs in bed despite the fact he found his mum’s toes far too cold.

What is mutism, traumatic mutism and selective mutism?

The NHS definition for selective mutism is:

‘A severe anxiety disorder where a person is unable to speak in certain social situations, such as with classmates at school or to relatives they do not see very often’.

A child or adult with selective mutism does not refuse or choose not to speak at certain times, they are literally unable to speak.

In time, the person will learn to anticipate the situations that provoke this distressing reaction and do all they can to avoid them.

The main sign a child is experiencing mutism or selective mutism is their change in ability to engage with people.

What is the difference between selective and traumatic mutism?

Selective mutism is a fear of talking to certain people. The cause isn’t always known, but it is known to be associated with anxiety.

Many children become too distressed to speak when separated from their parents and transfer this anxiety to the adults who try to settle them.

Children with traumatic mutism usually develop it suddenly in all situations. They will suddenly stop talking in environments where they previously had no difficulty.

An example of a traumatic situation for a child would be the death of a grandparent or parent. If they are unable to process the event, they may become mute in all settings.

A GP will organise speech and language therapy for a child with mutism. It is sometimes called ‘talking therapy’.

In older children or adults, a GP may admit them to a mental health professional or an educational psychologist.

Towards the end of the episode, a heartbroken Nick told Leanne (Jane Danson) his son had locked himself in the bathroom and was convinced he had made a mistake by allowing Sam to visit Natasha.

Tonight, still in the hotel room, Leanne was gently reminding Nick that he just needs to be there for Sam – who was still in the bathroom.

Sam appeared from the room a couple of times tonight, and despite Leanne and Nick’s efforts to get the young lad talking – he couldn’t.

Nick opened up to Sam, but he wasn’t able to have a conversation with his dad, and instead stared out the window.

Traumatic events can impact people in a variety of different ways – will Coronation Street explore the subject of mutism as Sam’s grief overwhelms him?

Find out more about mutism on the NHS website here.