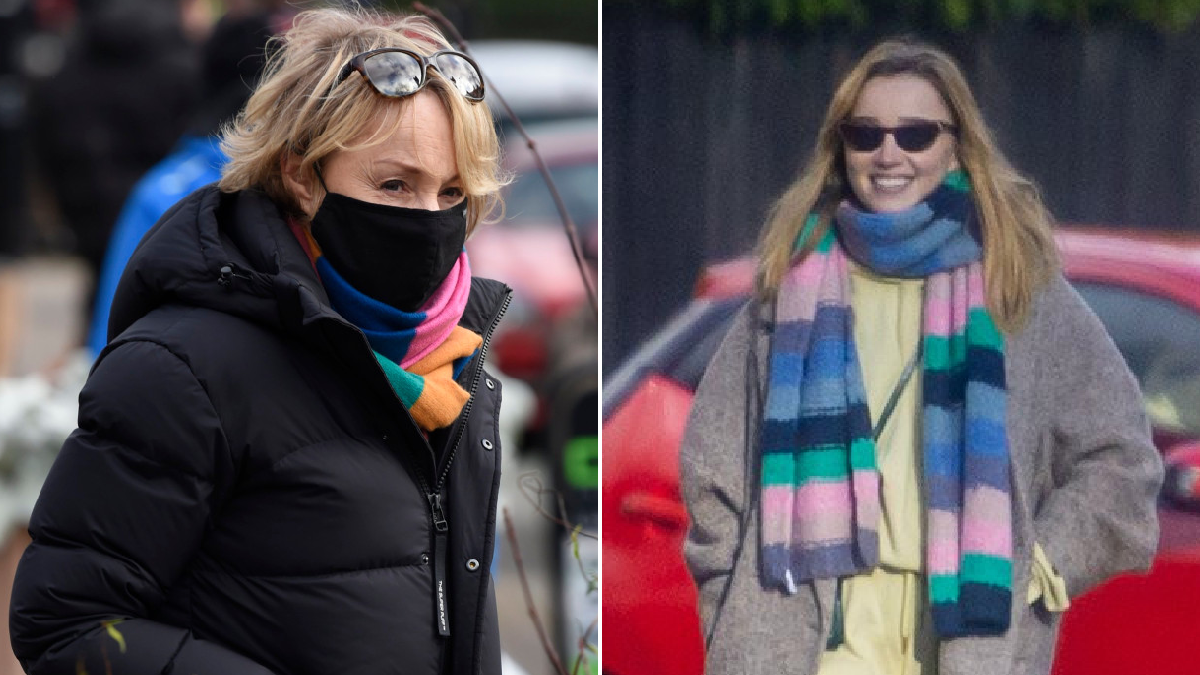 Coronation Street star Sally Dynevor took a break from work to enjoy a walk, much like Bridgerton star daughter Phoebe.

The actress, who portrays Sally Metcalfe on the ITV soap, was spotted waiting in the post office queue, before heading for a spot of shopping.

She sported a colourful scarf, much in the vein of that of daughter Phoebe’s, who recently took the world by storm in popular Netflix series Bridgerton.

Phoebe was spotted out and about last week, wearing a stripey scarf similar to that of her mother’s.

The 25-year-old portrayed Daphne Bridgerton in the popular period drama, which dropped on Netflix on Christmas Day 2020.

Speaking about her nomination at the time, she said: ‘I am humbled, grateful and very proud to have received this honour. I am still in shock.’

Sally the character has been at the heart of some of the long-running serial drama’s biggest ever stories, and recently, she featured in the hard-hitting coercive control story.

The cobbles icon saw all the signs that husband Tim’s (Joe Duttine) dad Geoff (Ian Bartholomew) was being abusive towards wife Yasmeen Nazir (Shelley King), and thus fought hard to prove such a thing.

Sally has also been instrumental in ensuring the properties on the cobbles remain intact, following Ray Crosby’s (Mark Frost) plan to destroy the eponymous street.

The ITV soap had to shut down filming for two weeks recently to monitor Covid-19 security precautions and re-evaluate the effect lockdown would have on production moving forward.

Actress Sally was spotted out for a walk with daughter Hattie during those two weeks.

Filming has since recommenced.