Coronation Street’s Ken (played by William Roache) and Wendy (Roberta Kerr) recently came face-to-face after their illusive affair many years ago. Whilst Tracy McDonald (Kate Ford) was furious at her return, Ken was more forthcoming, and both agreed to put the past behind them. However, new official spoilers could see the pair become a lot closer, but will her true intentions be revealed?

Wendy first arrived back onto the Cobbles when helping Abi Franklin (Sally Carman) prove she was a good enough mother to gain full custody of her son Alfie.

As her time with Abi came to an end, Wendy revealed her past with Weatherfield, which led to Abi encouraging her to speak to Ken.

The pair agreed to put the past behind them, but this came at the wrath of Tracy after she was furious at Abi for suggesting they speak.

In upcoming scenes, Ken approaches Wendy and invites her for a coffee and bond over their shared feelings of grief, leading Ken to reminisce about his days with Deirdre (Anne Kirkbride). 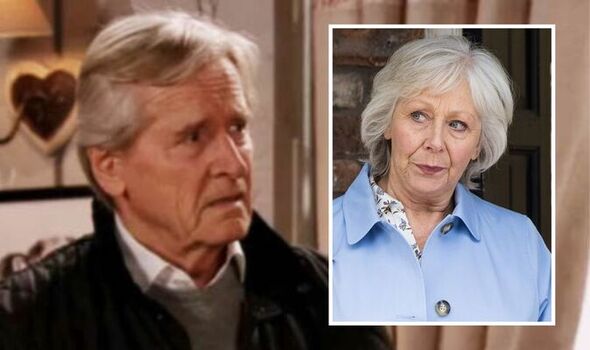 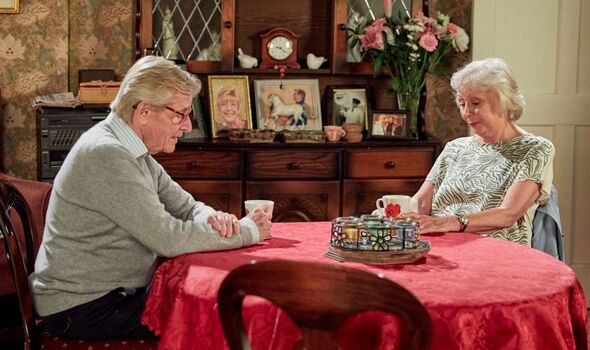 He tells Wendy that seven years after her death, he sometimes has moments where he expects to see her walk down the stairs.

Wendy then reminds him of a phrase he used to say, “M and S, Fish and Chips, Ken and Dierdre”.

Ken isn’t sure how Deirdre would have felt being compared to a chippy tea, and the pair soon tuck into a lasagne together.

Her sudden change in heart to want to speak to Ken came at a surprise to both of them, however, she didn’t need much convincing when Abi suggested it. 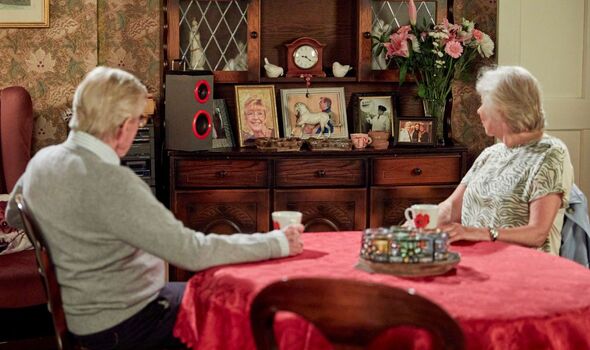 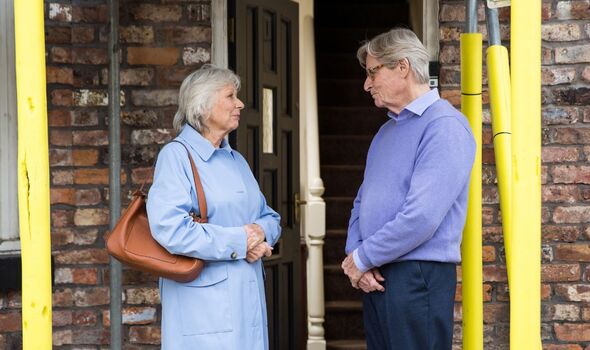 Could Wendy have an ulterior motive for wanting to rekindle her friendship with Ken?

Wendy may have just missed Ken in her life, and being around him for so long made her feelings resurface.

But if Tracy is on the warpath, will she get in the way of Wendy’s sinister plan?

The upcoming scenes could shock viewers as Ken recently stated he no longer wanted any form of contact with Wendy, not even a friendship.

Wendy was last seen on the Cobbles in 2012 when she came back after having lost her husband, Christos Papadopoulos.

She had tried to rekindle her affair with Ken, and Deirdre found out, wreaking havoc within their family, and Ken couldn’t stand it.

Wendy left the cobbles believing she had ruined the connection she once had with Ken, but three years later, Deirdre passed away, and Ken has remained alone ever since.

This could have been the turning stone to make him change his mind about a friendship with Wency, but could he be making a big mistake?

Fans of Coronation Street have also pointed out the sudden change in heart from both Wendy and Ken and took to Reddit to theorise what could happen.

@Cozy_Mare00 commented: “Is it just me that finds it weird BOTH Wendy and Ken have changed their minds about one another? I don’t think Wendy is being genuine.”

@CorrieClub78 agreed: “I am so worried about Ken, to be honest. He’s lonely and is taking comfort in Wendy, but she has messed him about too many times before.”

@_ItZtHaTtImE theorised: “I really hope that Tracy uncovers Wendy’s motive and is right to have been angry at her getting back into Ken’s life.”