Coronation Street viewers know Callum Logan was buried under the Platts house in 2016 after he was killed by Kylie Platt (played by Paula Lane). When his body was eventually uncovered, the Platts tried to cover up the deed and thankfully no one was sent to jail for it. But as the sink hole in the Platts garden hits the family with more problems, Ray Crosby (Mark Frost) steps in ready to help out.

BREXIT BULLETIN: Sign up for our special edition newsletter with exclusive insight from this week’s crunch talks

Ray will take an interest in how the Platts plan on dealing with the sink hole.

In tonight’s episode he offered to put the family up in his hotel so they had somewhere safe to stay after the house was deemed unstable.

As the family prepared to leave the house, Ray walked past and noted: “I hear you’ve had a spot of bother.”

“If by spot you mean the giant crater that’s in the back garden then yeah,” David (Jack P Shepherd) replied. 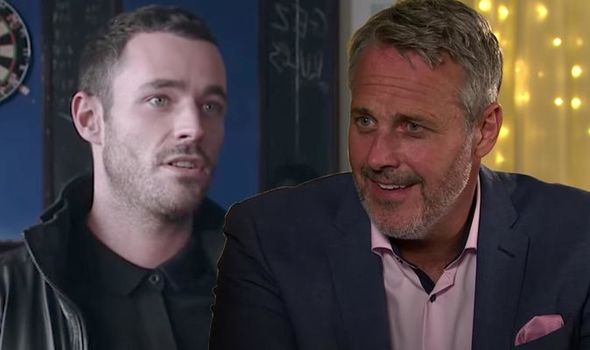 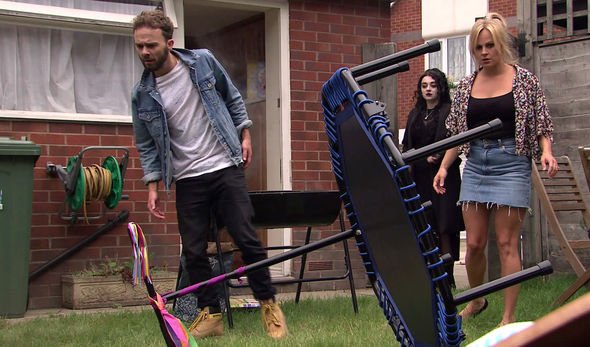 “How do you know about it?”

Ray explained: “The corpse bride was spouting off about it in the cafe.”

“More to the point, why do you care?” asked Sarah (Tina O’Brien).

Ray answered: “I don’t like seeing my neighbours in trouble. I’d been happy put you all up in my hotel in town until you can move back in.” 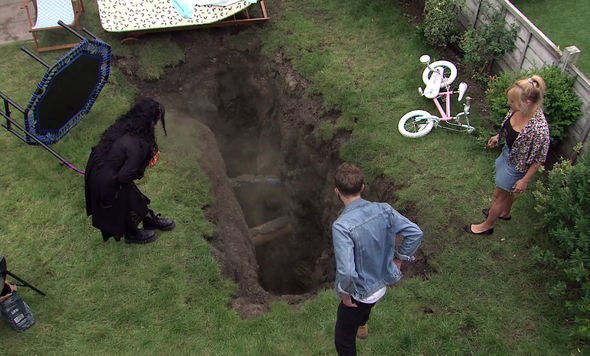 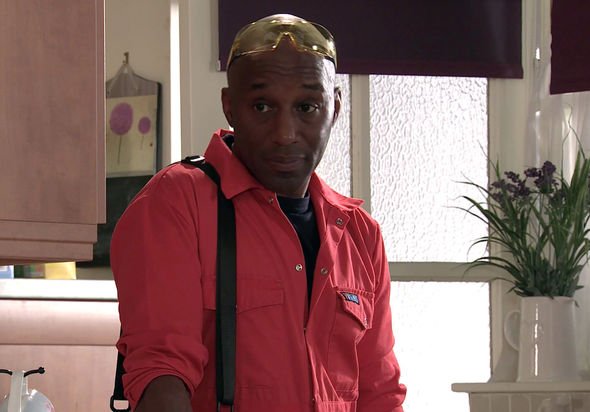 “You do know there’s six of us right?” David laughed.

Sarah added: “After what you did to Bethany, you can stuff that.”

“Call it my way of making amends,” Ray replied but Sarah shut down the offer once again.

Later Ray was seen handing over a wad of gas to the workman who he had hired to scare the Platts out of their home.

The workman referenced the brief he’d been given by Ray to scare the family but make sure the house remained in tact.

But why did Ray want to create a sink hole in the Platts garden?

He told the workman: “Next, I find out what Mr Platt will do to get out of this hole.”

Could Ray in some way be connected to Callum and want revenge on the Platt family for killing him?

Giving up the family home will destroy the Platts and they already have enough to deal with.

It seems like Ray is keen to get rid of David and his family – fans will just have to wait to find out why.