ITV viewers saw Nicky Wheatley (played by Kimberley Hart-Simpson) take a shine to Daniel Osbourne (Rob Mallard) after the pair met at a drinks function last month. However, with it becoming increasingly clear Daniel is not over the death of Sinead (Katie McGlynn), could Nicky’s motives for becoming close to the widow soon be exposed if history with Sinead is uncovered?

It comes after the actress who plays the newcomer hinted at Nicky having a secret link to somebody who already exists on the cobbles – but fans have not been able to figure out who it is.

Kimberley said: “What’s been nice is that people have developed conspiracies about the reason why she’s there.

“There are other Corrie storylines that involve people in Nicky’s line of work, so people are trying to add it up.

“And that’s ace because that’s what you want, isn’t it? There is a big twist coming this week, though – and no-one has guessed it yet!” She added to Inside Soap. 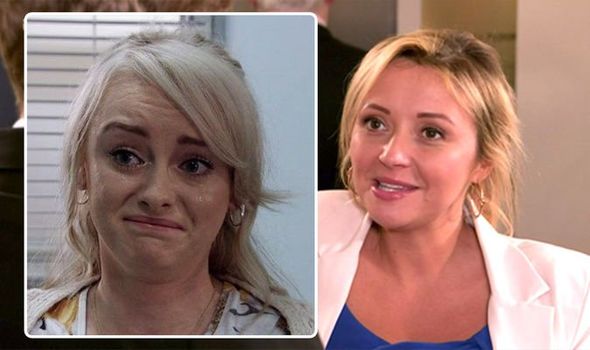 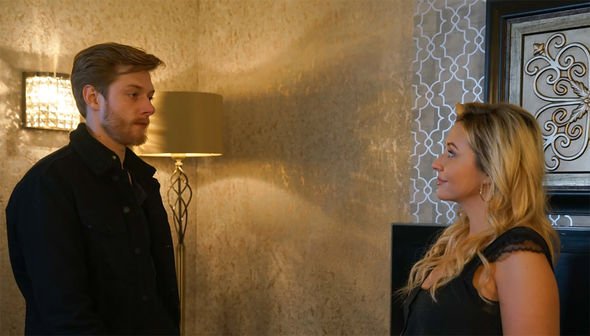 With Nicky continuing to make allowances for Daniel’s grief, could there be a deeper reason as to why she has agreed to do as he has asked?

Sinead has two sisters who were never seen on-screen, so this could mean Daniel has never met them.

Or perhaps, Nicky could be a secret third sister or another relative of Daniel’s late wife who Sinead had never introduced him too?

Little has been mentioned about Sinead’s family or past – there has only ever been a mother mentioned. 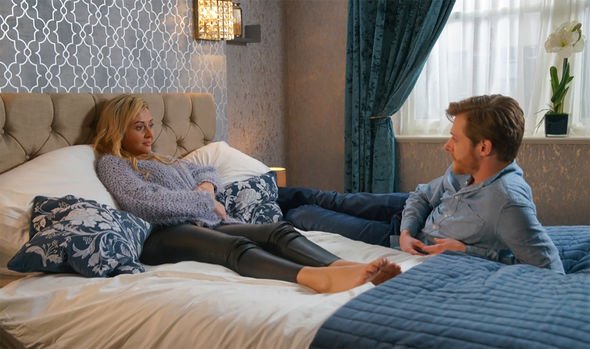 To add to this, Sinead’s aunt, Beth Tinker (Lisa George) has not been seen recently.

Perhaps in upcoming scene could see Nicky on the cobbles bumping into Beth and recognising the Underworld worker.

There has however been another suggestion for Nicky’s appearance in Weatherfield, and that is to do with Geoff Metcalfe (Ian Bartholemew).

Fans connected the two due to the nature of her work after it emerged Geoff had hired a series of escorts.

However, with Geoff’s demise looking inevitable and Nicky yet to reveal any connection to the villain, this theory seems increasingly unlikely.

Some fans of the Salford-based soap have also wondered if Nicky is linked to bad-boy Scott (Tom Roberts) could be linked as his true identity remains uncertain.

With Nicky’s reasons for coming to the cobbles sure to be out in the open soon, who will have some huge consequences to deal with?

Elsewhere in Weatherfield, Yasmeen Nazir’s (Shelley King) upcoming trial looms ever closer and it seems as there’s another hitch on the horizon.

It was later revealed Elaine is Tim Metcalfe’s (Joe Duttine) mother, who he believes ha passed away.

But with Elaine set to come face-to-face with Geoff next week, how will Tim react when she reveals her true identity?