Coronation Street: Grace is locked in a security office by guard

Coronation Street’s Leanne Battersby (played by Jane Danson) hasn’t had a very easy 18 months and it seems the only way for her to cope is to flee Weatherfield for a while. Express.co.uk spoke to the actress who plays Leanne about the turmoil she is currently enduring with Simon Barlow (Alex Bain) and drugs-lord Harvey (Will Mellor) and how she is going to deal with it. Nick Tilsley (Ben Price) could find himself dragged into the drama, and if Harvey finds out the relationship between Nick and Leanne, will he turn?

Viewers of the ITV soap recently saw Leanne head to the police station and tell them about her involvement with Will – leaving Simon out of it.

And in upcoming scenes, she will confess to Will what she has done after the latest job ends in disaster.

As a result, she will make plans to move away with Simon for both of their safety.

Discussing the headspace she is in, the actress who plays her told Express.co.uk and other press: “She has just faced the worst possible thing, losing her own biological child Oliver, so the thought of losing Simon – she can’t even go there. 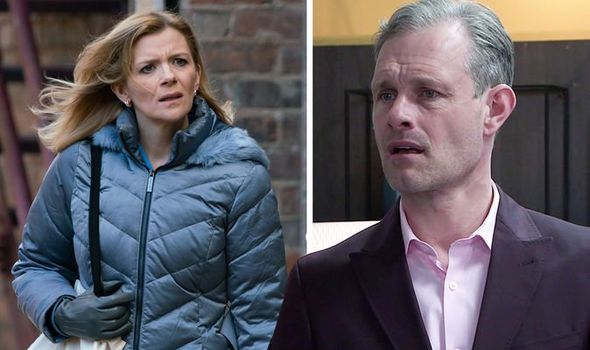 “She will do anything she can to protect him. Leanne and Simon have both been through struggles over the years. As children they were both left to their own devices a little bit.

“Peter and Leanne had their problems and not quite seen what was in front of them with Simon, and I feel Leanne was like that as a child – the Battersbys were rough and ready, they let her get on with it and she got herself into a few scrapes,” Jane added.

“That’s the brilliant thing about it – they’ve got that history of her childhood, which mirrors Simon’s in some ways.

“She got involved with drugs some years ago, probably about the same age… which makes me feel really old! In a sense, history is repeating itself, which I think is quite clever.” 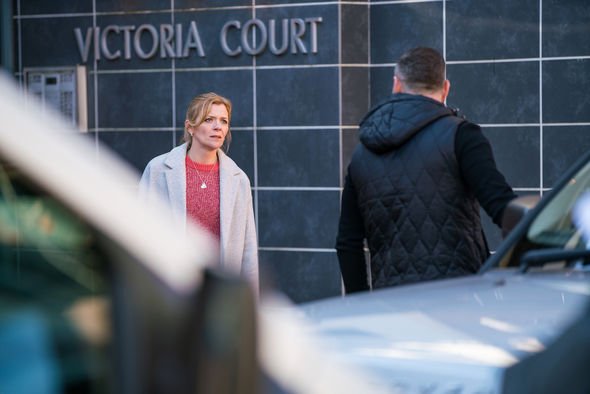 Corrie fans might be shocked to see Simon snatched by Harvey and his other dealers while on a job.

Jane explained: “Once he’s taken, she realises she is in a precarious position.

Her plan to go to the police and get this sorted very quickly seems a bit further away now. She is scared and we do see that.”

It seems it is going to go horribly wrong and when she finds out Harvey is onto Leanne, she is left feeling “absolutely terrified”. 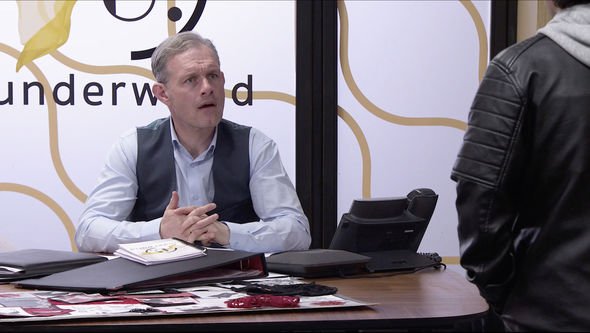 “She’s got herself into this really murky world. She does realise how enormous it is.

“The bottom line is she is trying to save her other child.”

As for Leanne’s relationship with Nick Tilsley (Ben Price), she will push him “even further away”.

“They’ve not really had a real conversation in a while, so he’s like ‘what is going on with her behaviour is so strange’.

“She’s trying to protect him by pushing him further away when actually all she really needs is for him to wrap his arms around her and tell her everything will be okay,” Jane explained.

“And so there’s that avenue as well that we’re exploring which is great for us because I think there’s a lot left to be told with Nick and the answer, hopefully, [is that] they’ll come back together at some point.”

But should Harvey find out how precious Nick is to Leanne, will he turn and go after the factory owner instead?

Coronation Street airs tomorrow at 7.30pm and again at 8.30pm on ITV.