Mary (played by Patti Clare) has been at the centre of many storylines during her time on Coronation Street, but she could be about to take on her most challenging to date. Wednesday’s episode of the ITV soap will see the florist meet newcomer George Shuttleworth (Tony Maudsley) for a drink in the Rovers Return. However, viewers will see her constantly dabbing her neck with a tissue as she seems to be struggling to cool down. Could this be a symptom of a yet undiagnosed illness which the beloved character will discover she has been living with in the coming weeks?

As the supernanny of Weatherfield waits for the newcomer in the pub, barmaid Emma Brooker (Alexandra Mardell) teases her about having a potential romance.

Dabbing her neck, Mary replies: “I find the man overbearing, odious and damn right obnoxious,” but her neighbour behind the bar believes the pair could be destined to be together.

Sat listening to the woman behind the bar revealing her thoughts on the partnership, it seems the florist gets hot under the collar once more as she continues to try and cool herself down.

Taking a break from her flustered disposition, the beloved character remarks: “I can assure you, there is absolutely no love or anything approaching the like where George Shuttleworth is concerned.”

When the latter finally turns up at the Rovers, the stalwart is shocked to see him and even more taken aback by an apology he gives for something which happened earlier in the day. 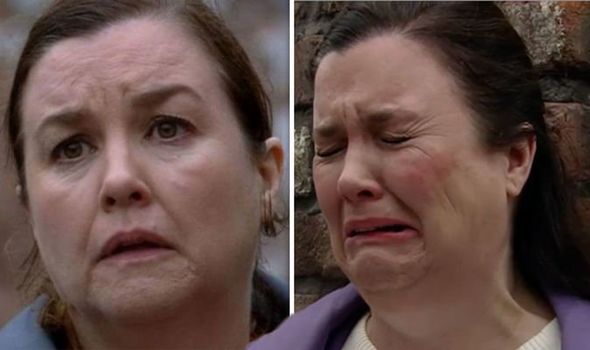 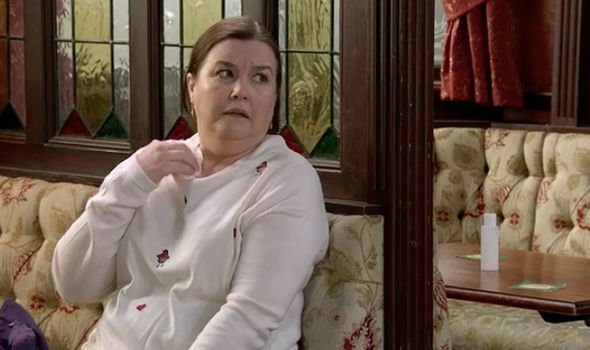 With the pair seemingly putting their differences aside, Mary gets out her tissue again and continues to dab her neck.

By the end of the preview, it seems the florist is quite taken by the newcomer, with Emma being right about the flutters of a potential romance.

Believing there could be a future for them, the supernanny might start to make plans for them to meet up again.

Unfortunately, this could all be put on the back burner if she is diagnosed with coronavirus as the soap continues to reference the global pandemic. 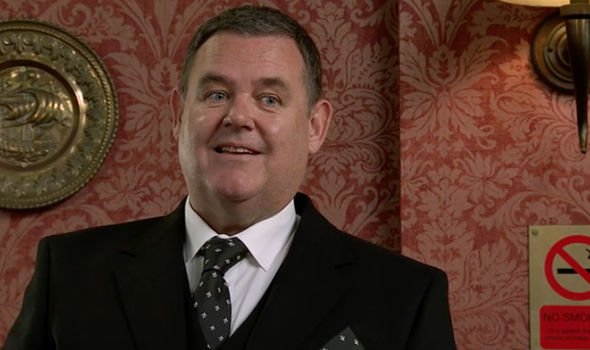 As of yet, no character on the weeknight serial drama has come down with the illness, although Aggie Bailey (Lorna Laidlaw) has had to self-isolate as she’s been working at the hospital.

Constantly dabbing her neck would seem to suggest Mary has a temperature, a symptom to indicate someone has COVID-19.

If she were diagnosed with coronavirus, the florist would have to go into quarantine for two weeks with the rest of her household.

I’m thrilled to be joining the cast

However, could they cross paths as the newcomer checks in to see if Mary needs anything, wanting to make up for the grievances they’ve had in the past?

Therefore, the untimely diagnosis would leave the florist single once more as another potential romance goes down the drain.

Viewers will have to wait and see if the theory comes to fruition as there has been official confirmation a character will have coronavirus.

In the meantime, Benidorm star Tony, 52, will become a more familiar face on the cobbles over the coming weeks.

The actor’s alter-ego George is the son of former resident of Weatherfield and undertaker Archie Shuttleworth (Roy Hudd) who starred on the soap from 2002-2010.

Back in 2018, it was revealed the character had died off-screen and left £80,000 to his dear friend, Audrey Roberts (Sue Nicholls).

Taking to Twitter following the news of his casting, Tony wrote: “I’m chuffed to be staying at my @itv home and heading to Weatherfield and I for one, couldn’t be happier.

“As a long time fan of @itvcorrie I’m thrilled to be joining the cast of my favourite show. Here’s to the next exciting chapter!”

What mischief will the newcomer be involved in and will Mary be able to fight for her man despite a possible illness?