Mary Taylor (played by Patti Clare) hasn’t had much luck with the opposite sex on Coronation Street but that could all be set to change. During an appearance on Good Morning Britain, the actress teased Mary’s set to embark on a romance storyline with none other than GMB presenter himself, Ben Shephard.

Mary has a crush on the Tipping Point host and will go to amusing lengths to be close to him.

GMB viewers were treated to a spoiler clip of Mary ordering herself a blanket covered with Ben’s face.

“In Mary’s world, being embraced by Ben is her idea of heaven,” Patti revealed.

Ben was taken aback by the clip as he had no idea he’d be featuring in the ITV soap. 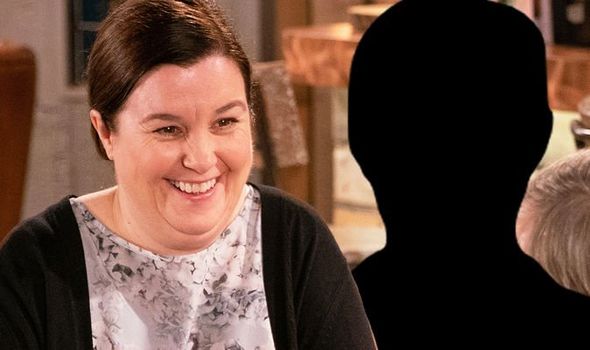 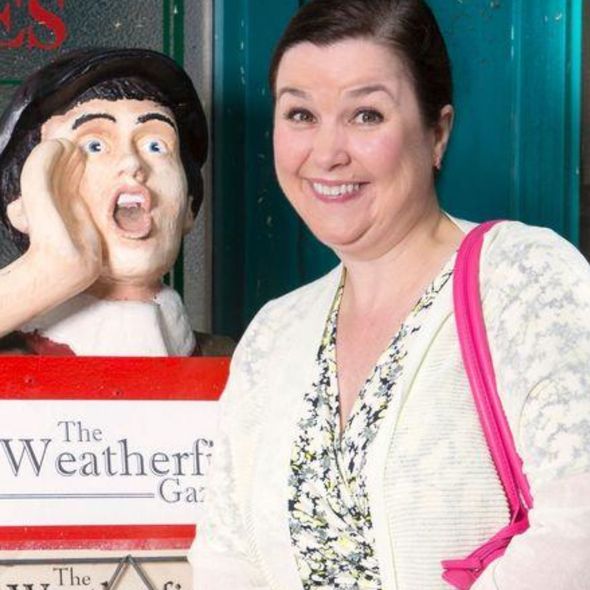 “It’s really lovely to be involved in an actual storyline on Coronation Street is something I’m still reeling from.

“How did it come about? How did [the writers] decide it was going to be me?”

“Well that’s a very good question you would have to talk to our brilliant writers,” Patti replied. 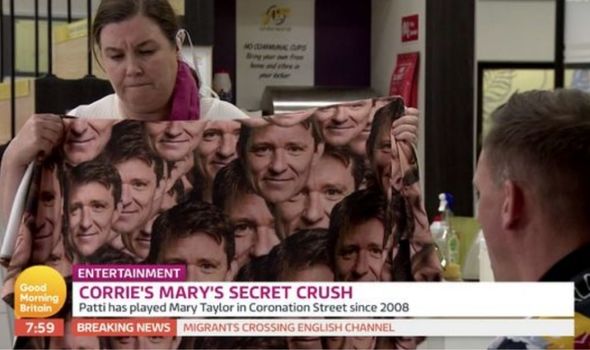 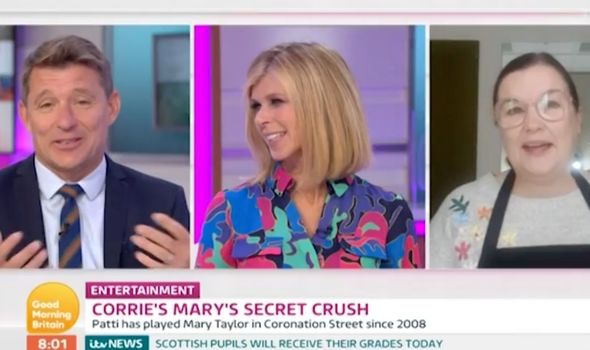 “But it’s really interesting in the few episodes leading up to the big reveal of Mr Ben Shephard blankie we keep mentioning things like Tipping Point.

“It’s a lovely little nod up until the big reveal of the blanket.”

“We think there might be more to come based on Mr Ben Shephard,” she teased.

“That would be wonderful, would you come on?” Patti asked.

“I would be there in a shot,” Ben replied. “Honestly it seems quite surreal.”

Should Coronation Street fans expect to see Ben walking along the cobbles in the near future?

Elsewhere on the cobbles, Sarah Platt (Tina O’Brien) could be set to ruin Gary Windass’ (Mikey North) wedding after realising she still has feelings for him.

Actress Tina teased something “could happen” between the former lovers during an interview with Express.co.uk.

Explaining how Sarah feels, she said: “I think it’s that feeling of, ‘Oh my gosh, I could, I could love you and hate you in equal measures.’

“It’s like he gets her, he presses her buttons, but she knows that he does care about her.

“I think she’s also a bit of a sucker for the fact that she knew how much he loved her. There is [this] moment where she thinks something could happen.”