Coronation Street viewers saw the Bailey family arrive on the cobbles last July and have soon become a fan-favourite clan. As the show delves deeper into the background behind each member of the family, James has gradually started to reveal the truth and live life as a gay man after coming out. However, will he be in a new setback this week after he is riled up by one of his teammates and his friend, Tommy, jumps to his defence?

James arrived in Weathefield with a secret after it was revealed he was hiding the fact he is gay from his family.

He confided in a new friend, Bethany Platt (Lucy Fallon), about struggling to come out but it was months before he found the courage to do so.

James admitted he was worried about the reaction from his traditional father, Ed (Trevor Michael Georges) and his teammates and fans at the football club.

He came out to his brother Michael (Ryan Russell) and mum Aggie (Lorna Laidlaw) late last year and the pair were both supportive. 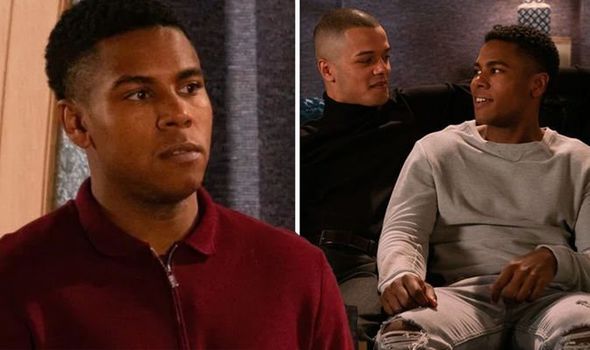 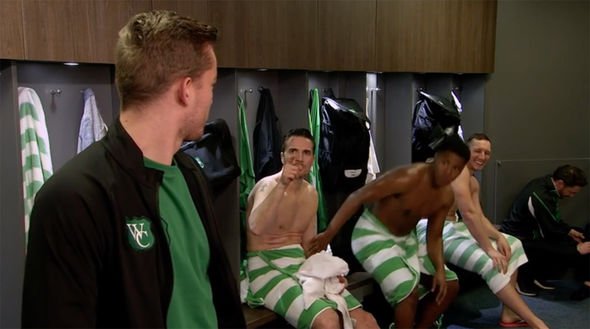 However, he had another bridge to cross in the form of his dad and was given an ultimatum by his boyfriend, Danny (Dylan Brady).

Danny told his lover he would not be able to continue their relationship unless James revealed all about his sexuality.

Unfortunately, he didn’t do this until it was too late and his romance with Danny ended.

When James told his father the truth, he initially rejected his son and didn’t know how to handle the news. 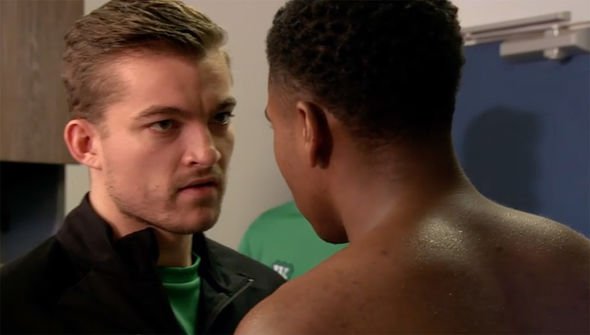 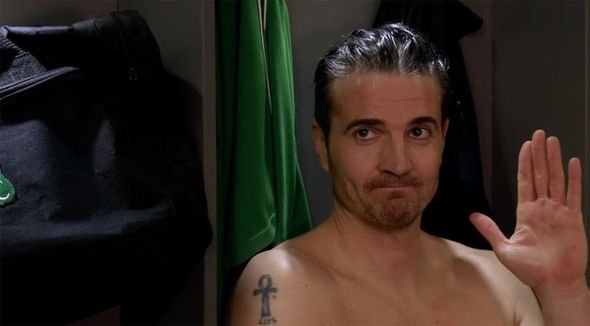 Friday’s episode saw Ed finally accept his son for who he was and promised his sexuality didn’t matter.

His teammates also found out prematurely after bitter ex, Danny, let the news slip on social media in revenge.

Despite the other players at the club being generally supportive of James’ decision, there have been a few fans who haven’t been so kind.

A preview clip from tomorrow night’s episode shows one of his own teammates will turn on him in a nasty rant but could James have further danger ahead?

The clip shows James and friend Tommy catching up after their latest game but after catching the pair chatting, one of the players makes a homophobic remark.

He asked James: “Does your boyfriend know you’re here?”

As James’ friend, Tommy, told him to “knock it off” he insisted he was only having a laugh and it was just “banter”.

Tommy jumped to his defence, adding: “It’s homophobic banter and It’s not funny,” as the perpetrator replied: “Ah sod it, didn’t realise you two were going out now?”

James hit back, asking his colleague: “What is wrong with you? as the player replied: “With me?” as the pair faced up to each other

“Are you mad, are you nuts, have you completely lost your mind? Yeah, Tommy’s a good-looking bloke, but he’s so not my type.”

The changing room laughed as James told Tommy: “Sorry mate, not in a million years.”

Tommy waved and gave a hopeful smile but looked hurt by the comment, could James end up losing him as a friend in his corner?

Could it be James’ teammate is a new love interest for the character and the pair will grow closer in the coming weeks?