Dev Alahan (played by Jimmi Harkishin) has spent years building up his business empire on Coronation Street but financial worries could have serious implications for the cobbles resident. The stalwart has owned businesses on the street for over 20 years but his daughter’s recent trauma could lead to him making some ill-advised decisions and force the single father to declare himself bankrupt.

Dev moved to Weatherfield in 1999 when he bought his uncle’s seven shops including the one on Coronation Street.

Over the years, he developed his empire with a 50 percent share in Street Cars and the opening of kebab shop Prima Doner.

However, in 2011 the businessman found himself struggling to make payments on his business accounts.

Dev was forced to admit all of his shops were failing and his then-wife Sunita Alahan (Shobna Gulati) asked him to sell everything except the corner shop and kebab shop. 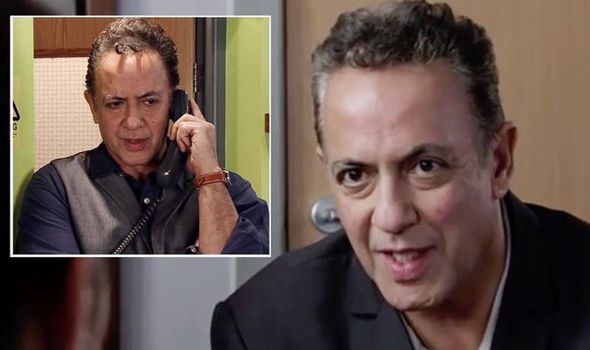 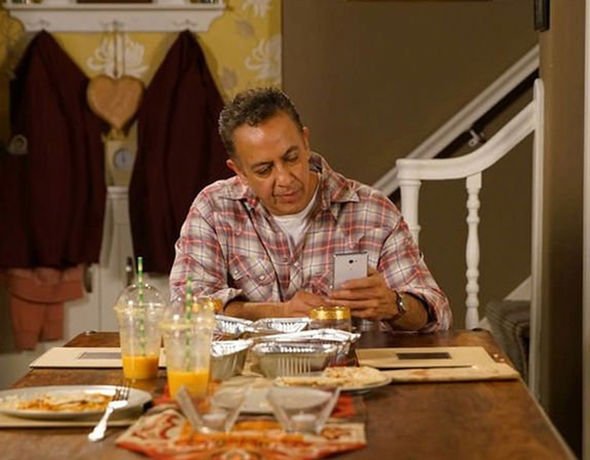 In recent years, Dev’s financial situation has improved but his desire to provide the best life for his children could have serious repercussions.

Asha Alahan (Tanisha Gorey) was horrified when she realised a video of her taking her clothes off for Corey Brent (Maximus Evans) was circulating online.

The schoolgirl had no idea she was being filmed and struggled to cope with her classmates’ cruel reaction.

Aadi Alahan (Adam Hussain) then got himself into trouble by attacking a group of teenagers who mocked his sister. 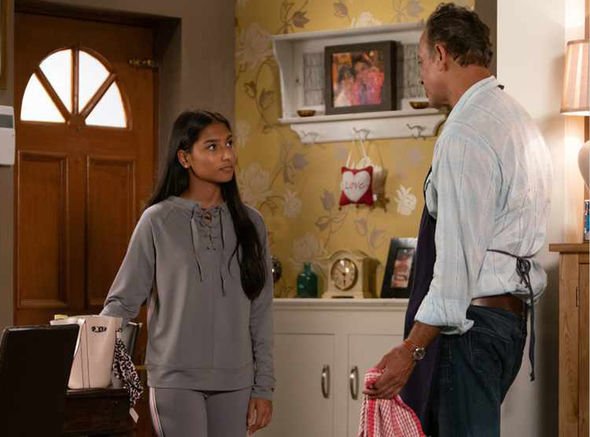 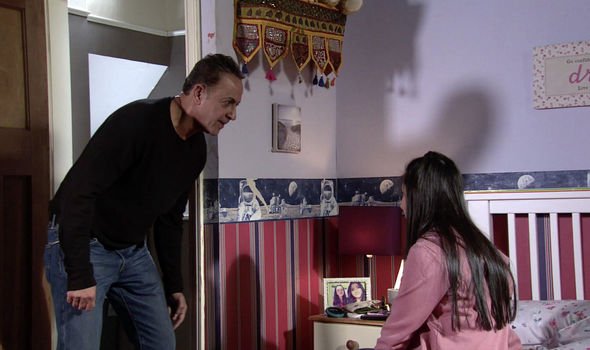 Realising he needed to take action, Dev enrolled the twins into a private school.

The pair weren’t pleased with the move but soon settled in and Dev felt confident he’d made the right decision.

After finding the confidence to stand up to Corey, Dev was delighted to see his daughter happier than she has been in a long time.

When the businessman ordered a takeaway for the family, Coronation Street viewers spotted Dev logging onto a ‘payday loan’ website.

Could this be a sign Dev is heading for financial ruin as he finds himself reliant on payday loans?

The businessman may find himself trapped in a vicious cycle by using high-interest loans to help keep his shops afloat.

In an exclusive interview with Express.co.uk, Turn2Us, a registered UK charity which helps people living in poverty, and Head of Communications Sara Willcocks revealed the impact payday loans could have on Dev’s business empire.

She said: “The situation Dev finds himself in is tragically common across the UK right now.

“Many of us are only one broken washing machine or one late paycheck away from needing emergency credit.”

Could Dev find himself in a tragic situation where he’s forced to declare himself bankrupt after failing to realise how big a strain private education would be?

Sara continued: “We urge anyone who is thinking about using a payday loan to visit the Turn2us website and use the Grants Search. Unlike loans, charitable grants found through this tool do not need to be paid back.

“Alternatively, it is advisable to look into responsible lenders, not-for-profit organisations and local welfare assistance schemes.”

If you have been affected by Dev’s storyline, visit Turn2Us here or ring their helpline for free, confidential and independent advice on 0808 802 2000.