Coronation Street resident Kevin Webster (played by Michael Le Vell) will be in for a shock in coming episodes of the ITV soap when his sister Debbie (Sue Devaney) turns up on his doorstep. Despite things initially being friendly, Debbie soon takes issue with Abi (Sally Carman) when it becomes clear she is struggling to cope with her current situation – but what lengths will the former go to in order to sabotage her brother’s relationship?

Debbie briefly returned to Weatherfield last year to surprise her beloved brother, after over 30 years away from the Street.

She revealed to him the pair had both been left money by an aunt but Debbie also gave up her share to give to Kevin.

Now, with Debbie set to make a dramatic comeback to the cobbles in the coming days, it seems Kevin’s wealthy sister will soon be a force to be reckoned with.

But with Debbie set to clash with Abi, it seems as though there could be a twist in store as their feud develops. 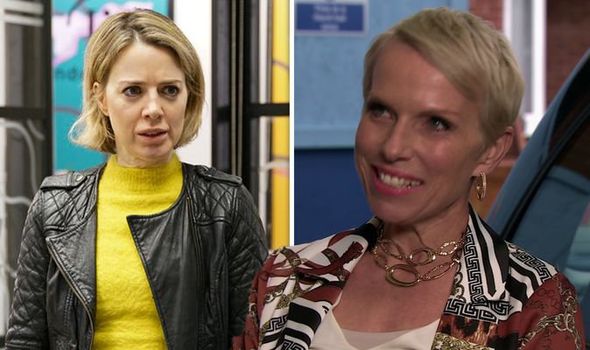 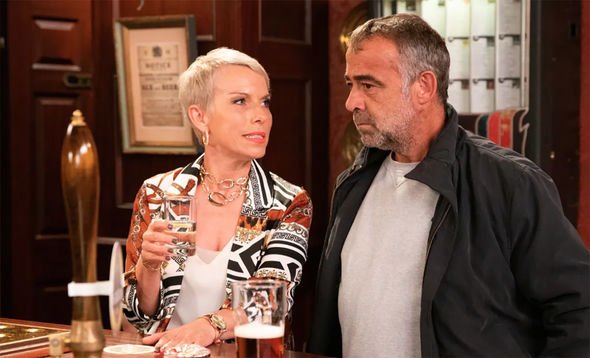 Sue Devaney – who plays Debbie – has talked in detail about how her alter-ego’s wealth will end up being an important aspect of her development.

But could this lead to Debbie coming up with a plan to try and frame Abi in order to get rid of her from Kevin’s life?

Speaking recently to Express.co.uk and other press, actress Sue hinted there was drama ahead for her character.

Of her character, Sue said: “She was very outspoken at 16 and I think she’s still got that trait that when she wants to say something, she’ll say it. 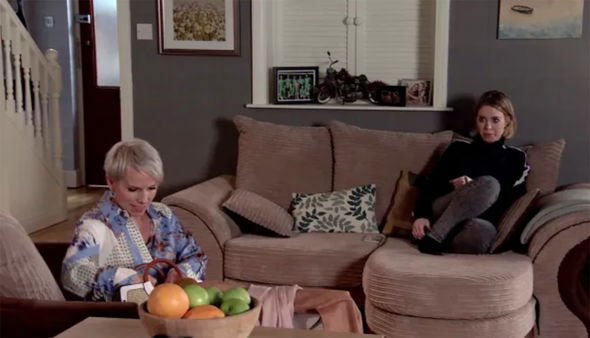 “What was great is they [producers] said, ‘Look, Debbie now has a lot of money.’

“So it’s wonderful as an actor to play a character that has got so much money that she can give 200 grand away,” explained the star.

But with Abi set to go on a downward as she struggles to deal with the twins moving away, could she end up stealing from Debbie?

Or, could Debbie decide to plant some of her fortunes onto Abi in order to prove to Kevin she is not a suitable partner?

The star divulged more about how her character has built up her wealth earlier the years.

“She’s a property developer and I think she met some characters along the way some businessmen and she got into property developing that’s why she’s absolutely got no problems with finances.

“I think she’s had you know long term relationships but she’s always concentrated on her work and I think she’s very particular.”

However, the actress did warn that there would be trouble ahead for anyone who attempts to “cross” Debbie.

She added: “So I think she’s like ‘No, that’s not suited to me, that doesn’t suit me’ and I think if somebody crosses her…

“Whereas a lot of people will give people time and I don’t think Debbie well I think, if they cross her, that’s it,” teased Sue.

Will Abi manage to save herself from feeling Debbie’s wrath or could she be in danger of losing everything?