Following the news of Sajid Javid’s surprise resignation as Chancellor of the Exchequer yesterday, BBC Breakfast invited Robert Jenrick onto the show to discuss the fallout. With Charlie Stayt spearheading the interview, the pair also spoke about plans to help first-time buyers onto the property ladder among investment in local communities up and down the country.

However, Mr Jenrick was forced to ask Mr Stayt to stop interrupting as the interview progressed in order for him to voice the answer to one of his questions.

After the pair had addressed Mr Javid’s resignation, the moment in question began when Mr Stayt turned the conversation towards housing.

He asked Mr Jenrick: “It’s a very good point you make and its a point you’ve made several times now is that what people want from government is people who deliver things.

“You’re part of a Conservative government, let’s cast our mind to an area you’re familiar with, housing. 2015, David Cameron promises to build 200,000 new homes in England for first-time buyers by the end of the decade.” 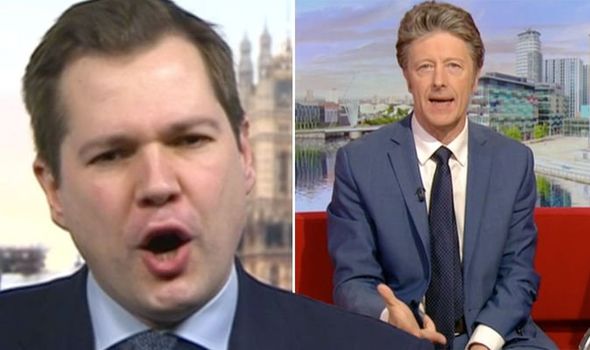 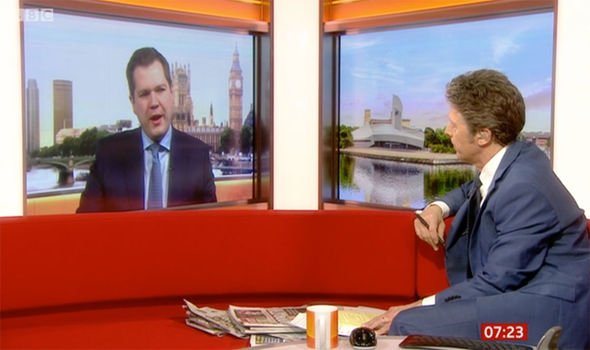 Mr Stayt then revealed that by the end of 2019, none of those houses had been built.

The BBC Breakfast host then asked: “What pledge are you prepared to make as housing minister about what you will deliver? How many of those homes for first-time buyers will you build?”

However, Mr Jenrick was well-prepared for the line of questioning and hit back: “Well, that government chose not to go ahead with that scheme and decided to invest that money into other kinds of affordable homes. They built over 400,000 affordable homes instead. 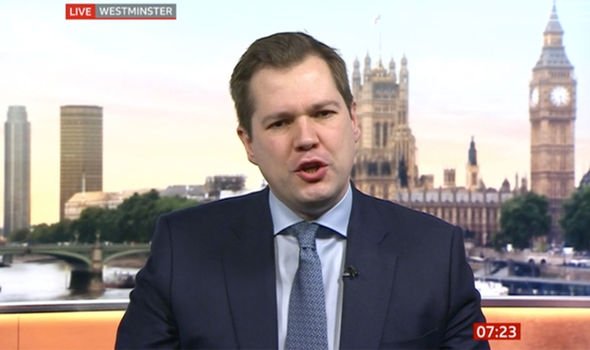 Before Mr Jenrick could continue and elaborate on the point he was making, Mr Stayt interrupted and said: “Forgive me, give me a specific, my question, if I may, was specific to first-time buyers…”

However, Mr Jenrick wasn’t going to be steamrolled by the TV presenter’s interjections and hit back: “Well, let me answer your question if I may,”

“We’ve promised in our manifesto new starter homes, a first-time buyer scheme called Starter Homes, we launched that a week or so ago within the first 100 days of this administration. We’re consulting on it now as we have to do.”

However, Mr Stayt continued to interrupt Mr Jenrick’s answer as he butted in again: “How many will you build?”

Mr Jenrick, again, hit back, claiming: “I want to see first-time buyers and key workers move into those home by the end of this year,

“We’ll be giving a 30 per cent discount to first-time buyers to get on the ladder through the first home scheme and we’re expecting tens of thousands of those homes to be built and bought in the years ahead.”

Despite his persistent interjections, Mr Stayt was resigned to saying: “Okay, now we’re getting some numbers.”

One supporter wrote: “What’s the point of an interview if you interrupt before your guests can answer Charlie? #BBCBreakfast.”

A second agreed: “#BBCBreakfast interviews are just embarrassing. The presenters constantly interrupt…I’m sure they think they’re ‘getting the story’ but I wish they’d let them finish a sentence! What a waste of time.”

While a third weighed in: “@charliestaytfan @BBCBreakfast wow you are one hell of a rude interviewer, disgusting!”

Another viewer tweeted: “@bbcnews @BBCBreakfast more disproportional interviewing against the @Conservatives this really is depressing to watch.”

BBC Breakfast continues every weekday at 6am on BBC One.