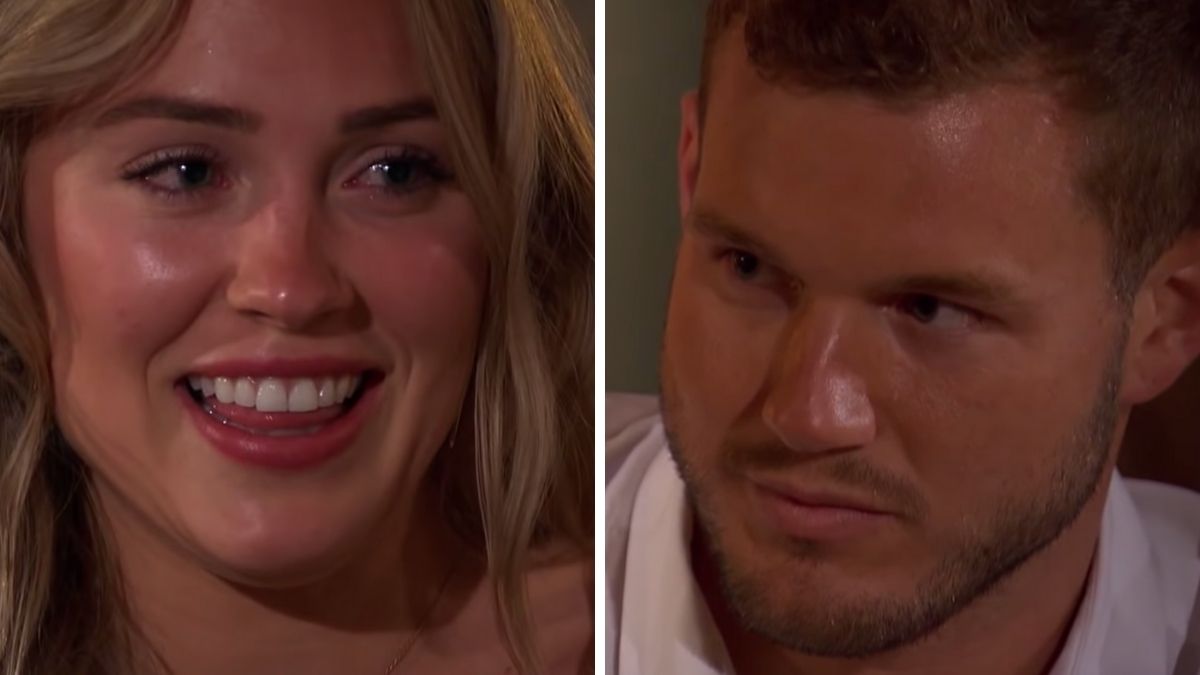 Colton Underwood and Cassie Randolph announced that they were splitting up earlier this summer.

The split came as a surprise to many fans. They didn’t get engaged on the show and they decided to just date after their Bachelor journey ended.

At the time, Cassie appeared unsure as to whether she wanted to start a relationship with Colton.

They were together for over a year but they announced a few months ago that they had decided to be friends rather than partners.

Interestingly, they both refused to speak out about why they were breaking up.

Now, a source is speaking out about Cassie and Colton. The story first surfaced on what appears to be a Reddit thread. The claims were then shared on Instagram.

The source has been labeled as unverified, so we don’t know if this story is true. The source claims that the falling-out between Colton and Cassie is a lot more serious than people realize.

The person claims that they have talked to someone close to the situation. While it isn’t being revealed what happened, it is being labeled as serious. The source claims the split has nothing to do with the musician Cassie has been linked to recently. 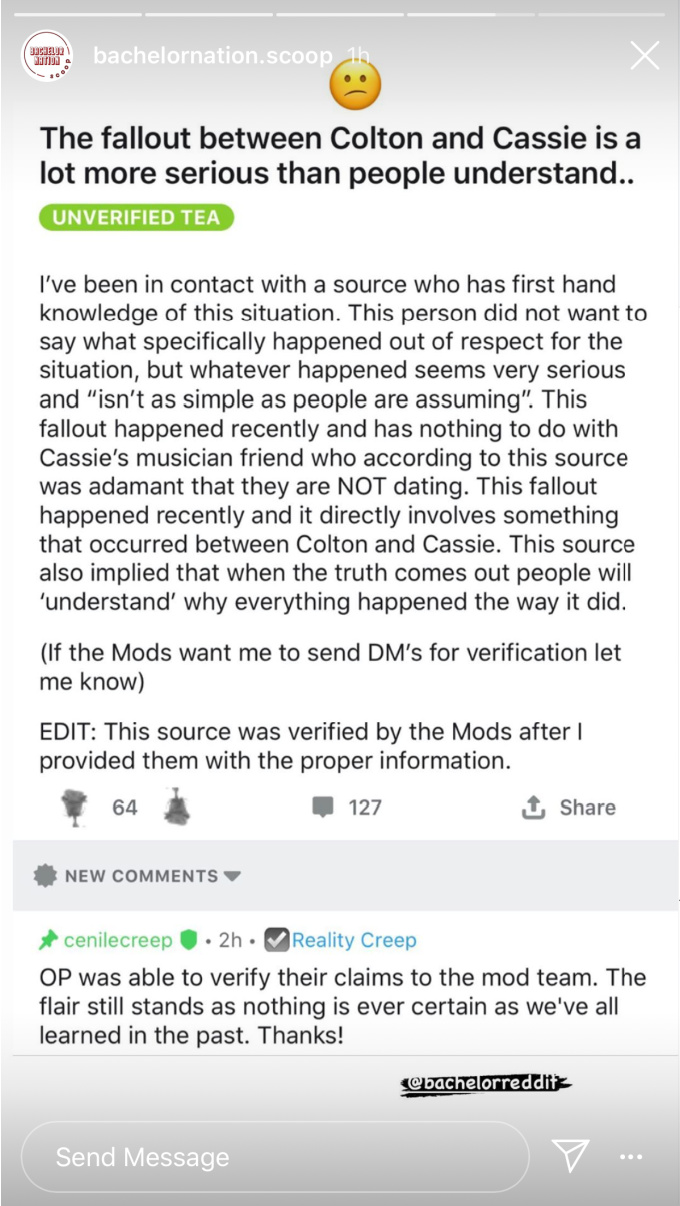 Interestingly, the source claims that when the truth does eventually come out, people will understand why the breakup happened the way it did.

Right now, fans have no idea what happened between Cassie and Colton, but many are curious based on how they handled the split.

When the news first broke, the two appeared very supportive of one another. They claimed that they had remained friends after the breakup.

Then, things started to get weird- Cassie did an interview with Chris Harrison and it didn’t go well. Chris kept searching for the reason why they split up, but Cassie wouldn’t give him a straight answer. Colton was upset with the whole interview and threatened to monetize their split. Suddenly, the ex-partners were not as friendly.

But then things changed – again. In mid-August, Colton praised Cassie for the way she handled the breakup, giving her credit for respecting their deal of not speaking out about why they broke up.

Yesterday, we reported that Colton and Cassie had unfollowed each other on social media. While people expected that something bad had happened, it appears that they just want to move on.

The Bachelor: The Greatest Seasons — Ever airs Mondays at 8/7c on ABC.