“Zach changed my life completely,” director Justin Baldoni tells ET. Now, he’s hoping Zach Sobiech’s story will change yours, too: Clouds tells the inspiring true story of the 17-year-old musician as he navigates his senior year of high school, first love and being diagnosed with a rare bone cancer. ET can exclusively debut the trailer.

“And while there’s a lot that I don’t know at my age,” he says, “what I do know is this: We all have limited time.”

Given six months to live, Zach sets out to put his goodbyes to his loved ones into song — and unwittingly writes a viral hit, the titular “Clouds.”

That’s how Baldoni, the Jane the Virgin star who made his directorial debut with last year’s Five Feet Apart, first connected with Zach.

“I met Zach about seven years ago when I was making My Last Days for our friends at SoulPancake” — his webseries following young people with terminal illnesses — “and the week after we released his documentary, his song, ‘Clouds,’ hit number one on iTunes and he became the first unsigned artist ever to reach the top of the charts. It happened on the day of the funeral.”

Zach died on May 20, 2013, with Baldoni having promised his newfound “little brother” that he would do whatever he could to help tell his story and support The Zach Sobiech Osteosarcoma Fund, part of the Children’s Cancer Research Fund. September is Childhood Cancer Awareness Month, “so it is really cool to be able to release the trailer,” Baldoni says, “and reintroduce people to the magic that was Zach.”

Clouds stars Sabrina Carpenter as Zach’s best friend and bandmate, Sammy, Madison Iseman as his girlfriend, Amy, and Thomas Everett Scott and Neve Campbell as his parents. (Clouds is based on Zach’s mother, Laura’s, book, Fly a Little Higher.)

“We need to be reminded of the hope that exists in the world despite all the darkness and sadness, that life is temporary and we should not take it for granted,” Baldoni says. “That is our chance that we have every single day and that is how Zach lived, and I think this movie is more important now than ever.” 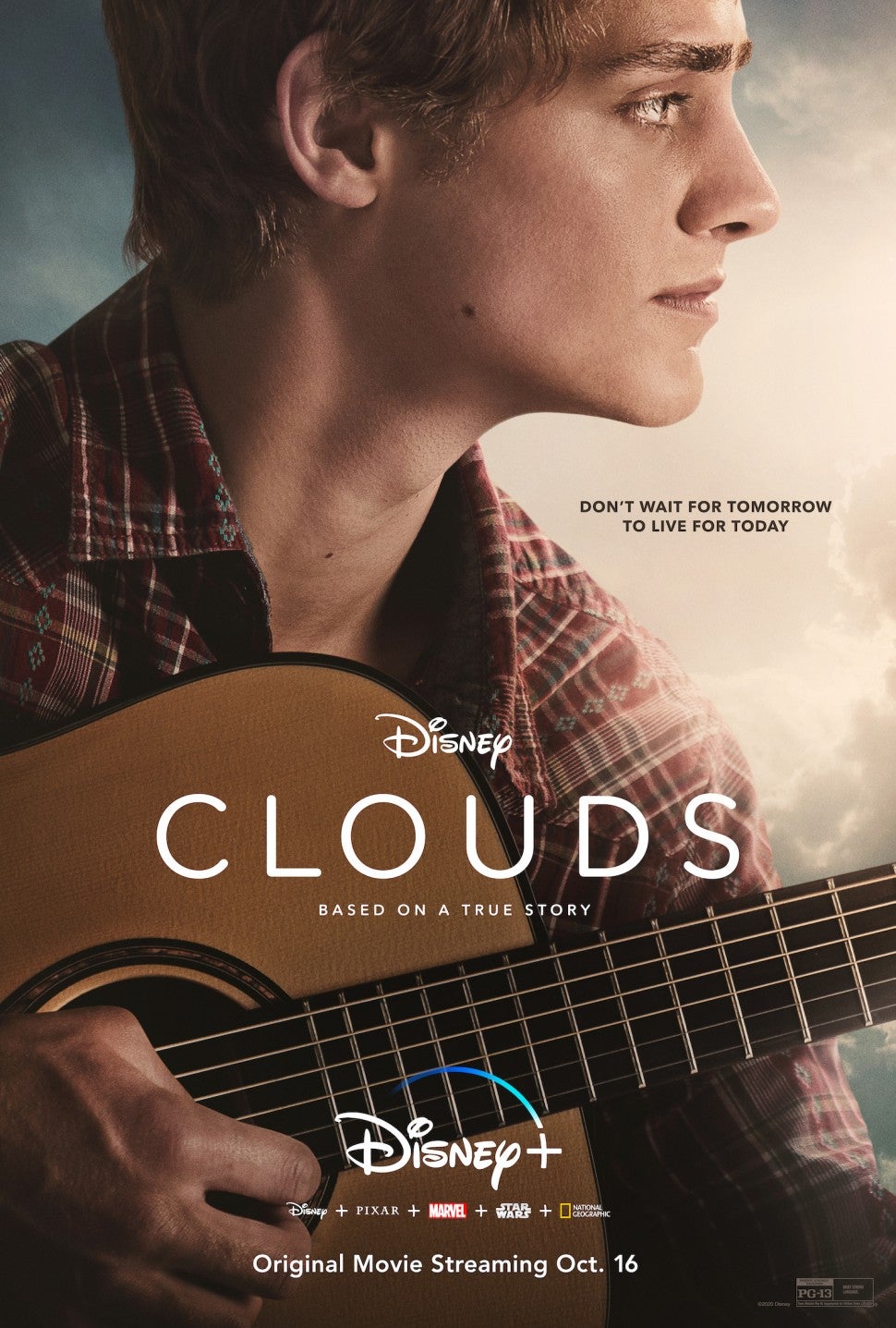