Clarence Williams III, who was a Black power icon in the 1960s and 1970s as the cool detective “Linc Hayes” on television’s The Mod Squad, has died. Williams died in Los Angeles on Friday June 4 of colon cancer, according to his management

Beyond The Mod Squad role, which lasted from 1968 to 1973, he also appeared in such films as Purple Rain, 52 Pick-Up, Reindeer Games and Tales from the Hood.

Williams began his career on the stage, earning a Tony nomination in 1965 for best featured actor in a play for his work in the three-person drama Slow Dance on the Killing Ground.

His other notable roles came as Prince’s father in 1984’s Purple Rain, and appeared as Wesley Snipes and Michael Wright’s druggie dad in Sugar Hill (1993). He also became Jelly Roll Morton In Giuseppe Tornatore’s The Legend of 1900 (1998). 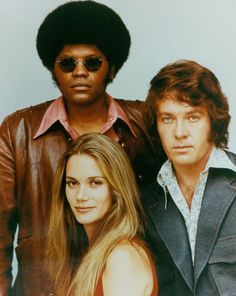 The show tapped into the zeitgeist of the late ’60s, portraying a positive image for the counterculture of the moment by tackling such issues as the Vietnam war and racism. Linc, Julie and Pete blended into the scene, using stealth to track and capture their targets.

Williams was born in Harlem on Aug. 21, 1939, the son of professional musician Clay Williams. He grew up in music, raised by his grandparents, which included composer-pianist Clarence Williams, a frequent collaborator of blues legend Bessie Smith.

Acting became the path for Williams when he saw a rehearsal for Dark of the Moon at the Harlem YMCA.  Cicely Tyson was starring, and the director gave Williams a couple of lines in the play.

Williams later enlisted in the US Army and served as a paratrooper in the 101st Airborne Division. He returned to civilian life and acting with the Broadway play The Great Indoors, and served as an artist-in-residence at Brandeis University before scoring his role in The Mod Squad.

No memorial plans have been announced.