Chernobyl, episode four, titled The Happiness of All Mankind, focused on the Soviet clean up of the Chernobyl disaster. A huge part of the episode focused on the Soviet army who evacuated the towns within the Chernobyl exclusion zone. The episode begins with a babushka refusing to leave her home. Babushka is the Russian and Ukrainian term for grandmother and they were the most reluctant group of people to leave their homes behind.

What happened to the babushkas of Chernobyl?

This was because radioactive material was released into the air and travelled across Europe.

The Soviet satellite states of Belarus and Ukraine were largely affected alongside parts of Russia.

The exclusion zone meant that those who lived within the radius were evacuated from their homes, including the entire neighbouring town of Pripyat which housed 50,000 residents.

HOW MUCH OF CHERNOBYL IS TRUE? 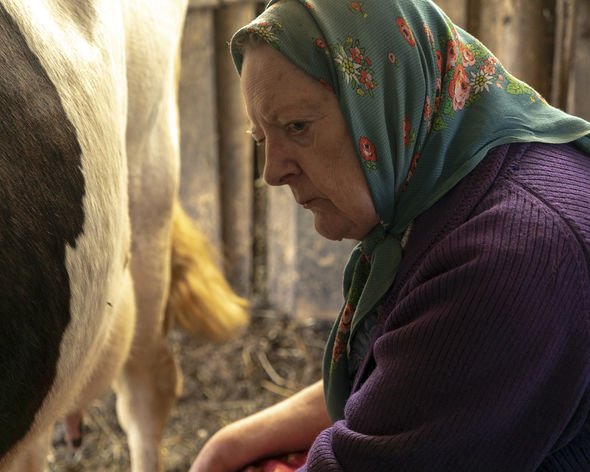 Overall at the time, over 350,000 people were evacuated as a result of the exclusion zone.

Those who had lived in Chernobyl and the surrounding exclusion zone throughout their entire lives were the most reluctant to leave Chernobyl.

This is because they were deeply devoted to what they believed to be the ‘motherland’ and had survived famines, Nazi invasion and the atrocities of World War II.

Approximately 1,000 refused to leave and an according to the documentary Babushkas of Chernobyl by Holly Morris, the majority of them who refused were women.

In episode four of Chernobyl, a Russian soldier is seen trying to instruct a babushka (played by June Watson) to leave Chernobyl but she refuses.

COULD CHERNOBYL OF BEEN PREVENTED? 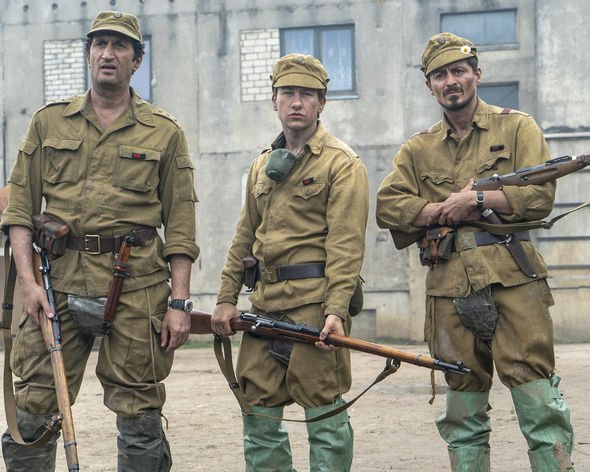 In protest, she continues to milk her cow as the solider continues to throw the milk away, making her task completely pointless.

She added: “You’re not the first soldier to stand here with a gun. When I was 12 the revolution came, Tsar’s men, then Bolsheviks, boys like you marching in lines.

“And The Great War, German boys, Russian boys, more soldiers, more famine, more bodies. My brothers never came home but I stayed and I’m still here, after all, that I have seen. So I should leave now? Because of something I cannot see at all? No.”

WHAT HAPPENED TO THE CHERNOBYL MINERS? 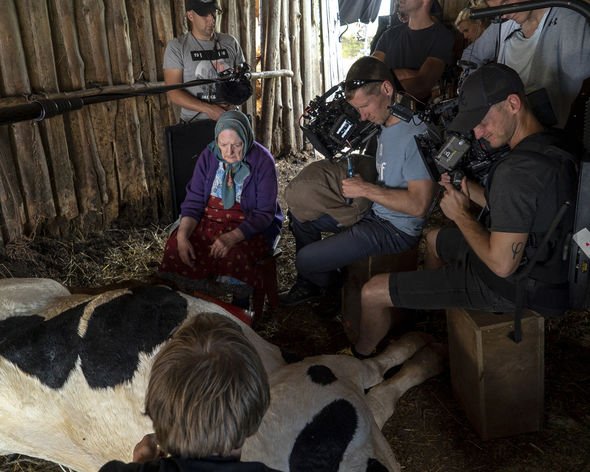 Chernobyl show creator and director, Craig Mazin, explained in more detail about the babushkas of Chernobyl in the official Chernobyl podcast.

“One thing, that seems in my research, that there was a shared experience amongst people, respect of The Great War and the things that people went through.

“When an old person starts talking about these things, you shut up and you listen, even if your head hurts, even if you’re tired, even if you have to get her out of there. Eventually, you are going too have to shoot her cow and she is going to have to go, but you listen.

Although Mazin confirmed that she got on the bus, in reality, it is possible that may have illegally returned to Chernobyl as many babushkas did.

The Guardian reported in 2015 that approximately 130 people live within the exclusion zone and the majority of them are elderly women.

However, the areas around and in the exclusion zone are thought to be uninhabitable for least 3,000 years according to some experts.

The levels of radioactivity in each area vary so it’s very difficult to know when Chernobyl and the exclusion zone will actually be safe to live in.

Chernobyl is streaming on NOW TV.

This article contains affiliate links, which means we may receive a commission on any sales of products or services we write about. This article was written completely independently, see more details here.