BBC Breakfast viewers have been left confused this week as the presenting line-up has had a major shake-up. Today, Jon Kay joined Naga Munchetty on the red sofa, but where was Charlie Stayt? Many were also asking about the whereabouts of Carol Kirkwood.

The week started off with Louise Minchin being joined by Charlie.

However, the sports journalist was on annual leave and therefore Charlie replaced him.

As a result, Charlie no longer presented his own slot. 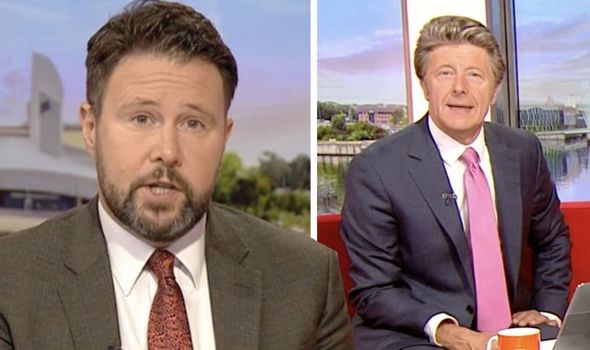 The weekend team for BBC Breakfast is usually Naga and Charlie.

Today, Naga and Jon delivered the latest news and headlines.

Joining them on a live link to present the weather was Sarah Keith-Lucas. 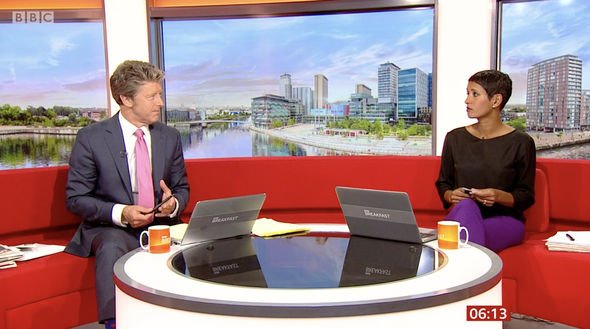 Fans noticed her recent absence and wanted to know where she was.

“@BBCBreakfast Good Morning, may  I ask where is Carol Kirkwood? We have not seen her since early September,” another enquired.

A third added: “@BBCBreakfast what has happened to Carol and where is Dan today?” 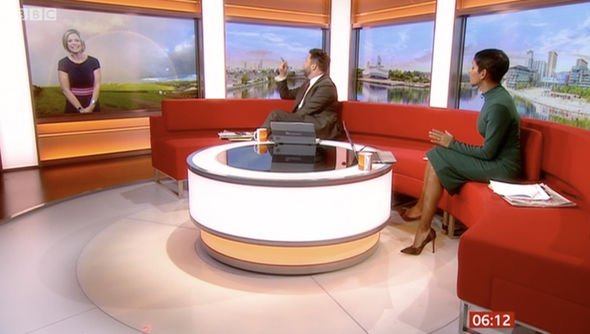 It seems she is taking an extended break from work duties.

She was last seen tweeting on her official account back on September 3.

Most days, she will tell her follows a quick summary of what the day’s forecast looks like.

The politician was on the show to talk about the new Test and Trace coronavirus app.

However, the presenter took the Health Minister to task about the logistics.

Those watching at home saw Hancock express his “delight” over the number of people downloading the app.

BBC Breakfast airs everyday at 6am on BBC One.