One of the most oddly grueling parts of “Candy” is watching a man wait for a phone call. As Allan Gore (Pablo Schreiber) sits in silence, going over the reasons why he hasn’t heard from his wife Betty (Melanie Lynskey), you can almost see his mind running through dozens of scenarios where he’s already had his last conversation with her. Even before that phone call does come, it seems like he knows what on-screen text has already told the audience: June 13, 1980 was “the day she died.”

The death of Betty Gore at the hand of friend Candy Montgomery (Jessica Biel) is a well-documented saga that has since stretched far beyond the limits of Collin County, Texas, where both women lived with their husbands and their families. “Candy” isn’t without some of the true-crime TV touches that have preceded it in this subgenre. But notably absent here in this series (which Hulu is releasing daily across a weeklong rollout) is the usual self-seriousness that can drag down other efforts. Part of this telling is centered on the idea that most of the people involved met this shocking and brutal death with a surprisingly clear sense of how and why it could have happened.

Not that “Candy” is bent on giving answers to those questions indiscriminately. Through Biel in particular, “Candy” runs on the kind of ambiguity that comes not from avoiding the binary question of “did she”/“didn’t she” but from acknowledging that some people are enigmas even to themselves. This version of the town of Wylie pre- and post-crime is aiming more for emotional truth in one possible interpretation, instead of taking the usual true-crime tack of purporting to be the definitive say.

The first episode of “Candy” lays out the events encircling Betty’s death without showing the act itself. It’s a stellar overview, packed with a mix of matter-of-fact harshness and dreamy, otherworldly dread, all against a cozy suburban backdrop. (Director Michael Uppendahl often found that potent combination while serving in the same role on “Fargo” and brings a lot of that same DNA here.) “Candy” starts from an unmistakable late-‘70s foundation, where the houses have an overabundance of wood paneling and meat from a can is considered vital nutrition. It’s what the show builds on top that takes things in slightly different directions, tick by tick. 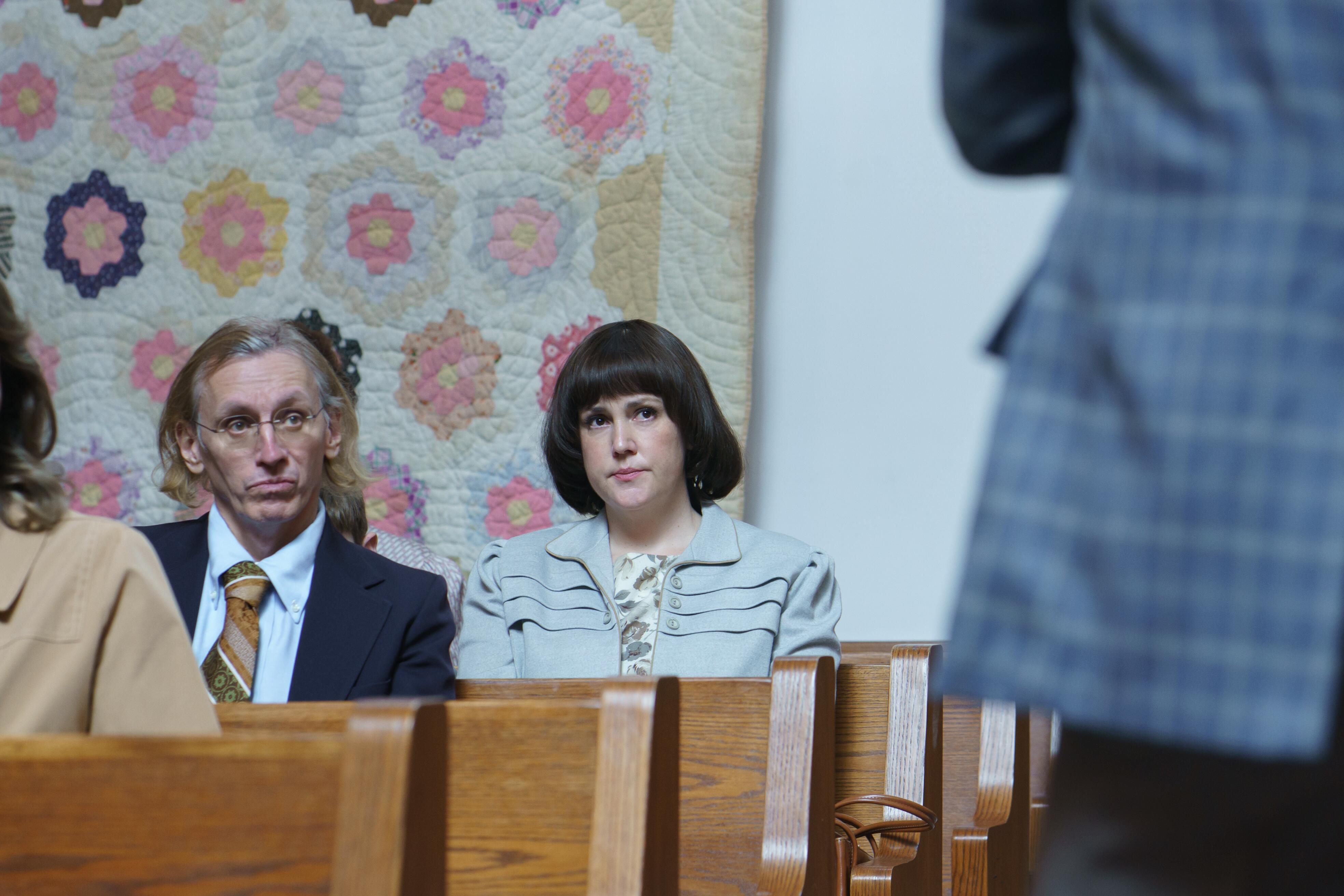 There are key details that the show withholds, revealing it in roughly the order that law enforcement officials would eventually piece together. After setting up the immediate facts in that opening, showrunner Robin Veith (who created the series with Nick Antosca) wisely takes a broader view. “Candy” sets up years’ worth of personal history that not only serve as context for the eventual trial, but keeps Betty as a continued presence rather than a victim who disappears.

It’s not that “Candy” isn’t concerned with the “why” central to Betty’s death. It’s more that the road to that point is designed to highlight all the other tiny tragedies along the way before that Friday in June. Even if it sometimes looks at some individuals in more elegant ways than others, it’s tapping into each of these people’s primal impulses to want and be wanted.

Veith and the series’ other writers find ways to show how that desire and frustration dovetails with a darkly comic sensibility. Candy’s husband Pat (Timothy Simons) and her eventual confidant Don Crowder (Raul Esparza) are both key stepping stones for Candy’s decisions to harness or rebel against the everyday absurdities that stack up over time. Even Lynskey and Schreiber find some extra emotional layers underneath the more melancholy lives Betty and Allan are presented as having at the outset.

Of course, a show like this doesn’t work without a title character rooted in some idea of what Candy meant to this town. In that way, Biel is a major part of when “Candy” manages to pull off its own chosen balancing act. By the end of the show’s five episodes, there’s a Candy Montgomery at the center who feels capable of anything. She slips so easily between bubbliness and staring daggers that sometimes it’s easy to miss the gradual steps in between. (That’s often helped along by composer Ariel Marx’s hypnotizing score, which does its own deft back-and-forth between shimmering and severe.) Candy herself being a more-than-capable performer is also feature of this series, not a bug. In textual and metatextual ways, “Candy” roots around in the uncomfortable idea that, on some level, everything from friendship to marriage is an elaborate performances that require multiple participants. 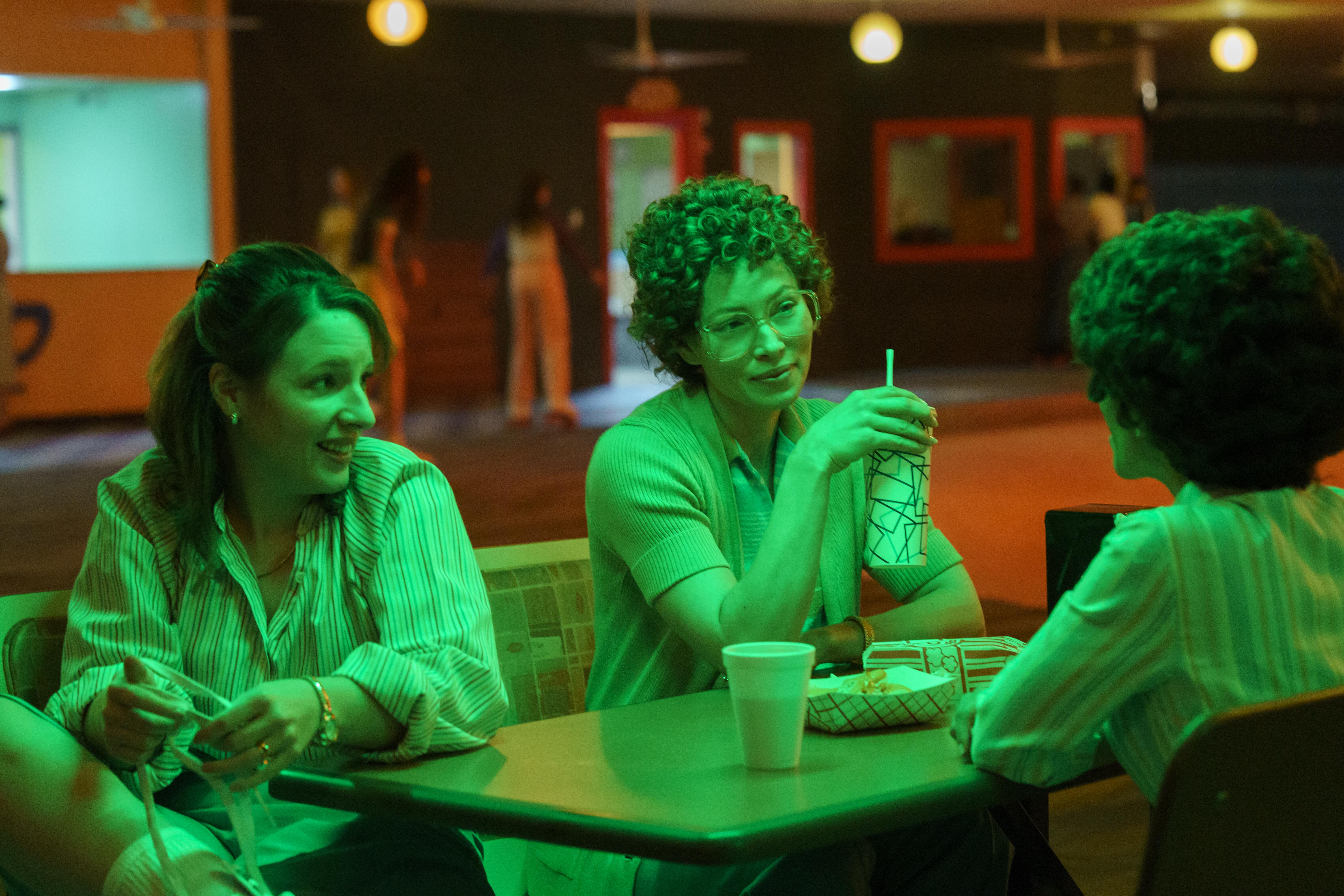 Given an event this harrowing, it’s almost impossible not to have some part of this project feel disjointed. There’s a destabilizing sense to the frequent time-hopping that “Candy” largely uses for its own benefit. In the process, what it asks about human nature and what a person is capable of is a journey that doesn’t happen without some jarring discoveries. That said, “Candy” does seem to work better when it’s locked into the mental state of each person it’s profiling. When “Candy” tries to make some of those visions and manifestations more literal, it removes some of the slippery, elusive nature of the show that makes it great.

Yet, through that, Biel’s Candy is a fascinating core figure who isn’t just driven by jealousy or ego or entitlement or beneficence, but a thorny cocktail of all of the above. Rather than take her contradictions as a hindrance, “Candy” paints an interconnected town that both feeds into and thrives on the face she puts out into the community. It’s a neighborhood and a church community made up of people whose lives kept going, despite the horrific event that happened in close proximity to them.

Having that nagging sense of inevitability woven through the series also lets “Candy” play with some expectations as it gets closer to its ending. It’s not presented with a scolding wag of the finger. There’s a more pragmatic approach here that still finds room to live in the psychological margins while trying to make sense of a senseless death. There’s a bit of messiness on the way to its ultimate conclusions, but given the nature of why this show exists in the first place, tidiness wouldn’t suit “Candy” anyway.

Hulu will premiere a new episode of “Candy” once daily between May 9 and May 13.