NICOLE Scherzinger showed off her incredible figure in a latex bra and skirt on The Masked Singer.

The Pussycat Dolls star, 42, left jaws on the floor with her latest outfit for the popular US singing competition. 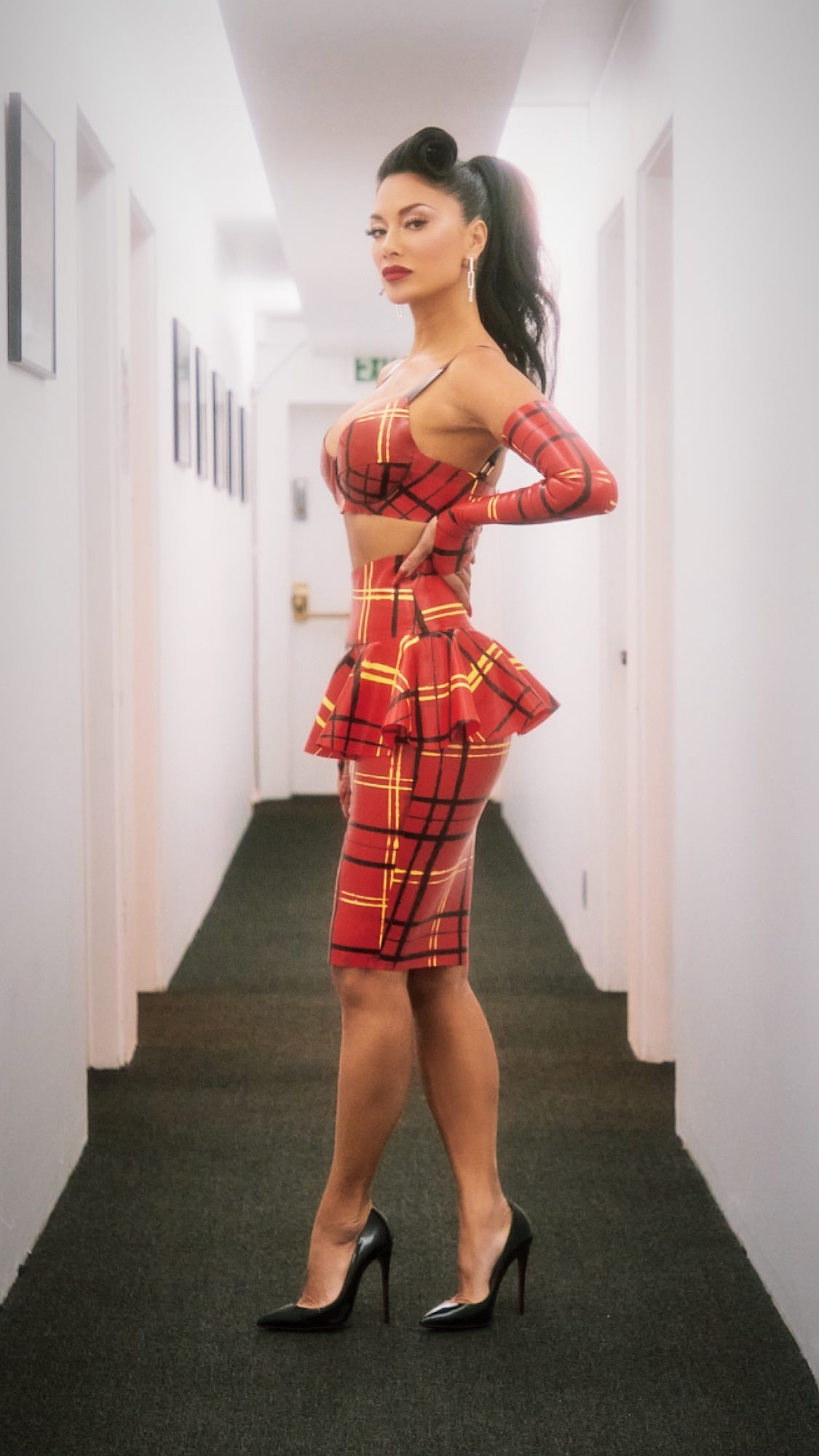 Nicole wore a tartan latex pencil skirt with a frilly pattern, showing off her incredible legs in high heels.

As well as that she wore a latex bra with matching sleeves and also wore her hair in a ponytail.

The star dressed to the nines for the unveiling of one of the biggest mysteries in the US series – the identity of the Russian Dolls.

The Russian Dolls – who sang I'm Still Standing by Sir Elton John – were eliminated from the competition after missing out to contestants Black Swan, Piglet, Yeti and Chameleon. 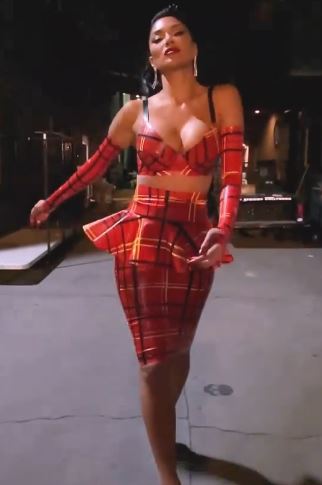 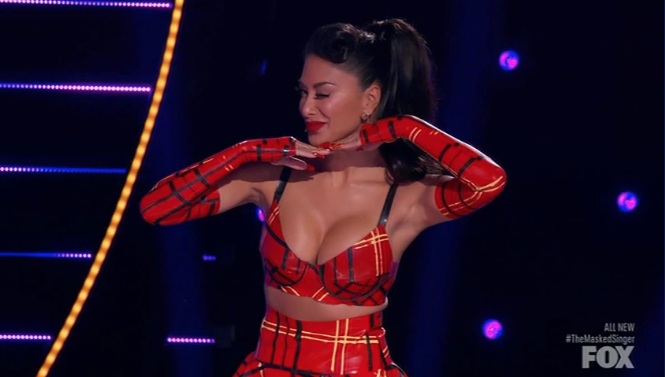 Nicole Scherzinger and Jenny McCarthy were both able to guess correctly, as was guest panellist Rob Riggle.

It turned out that the underneath was band Hanson – the group behind 1997 hit MMMBop.

When she's not filming The Masked Singer, the star has been soaking up the sun with her boyfriend Thom Evans.

Earlier this month she had never looked happier during a trip to her homeland of Hawaii. 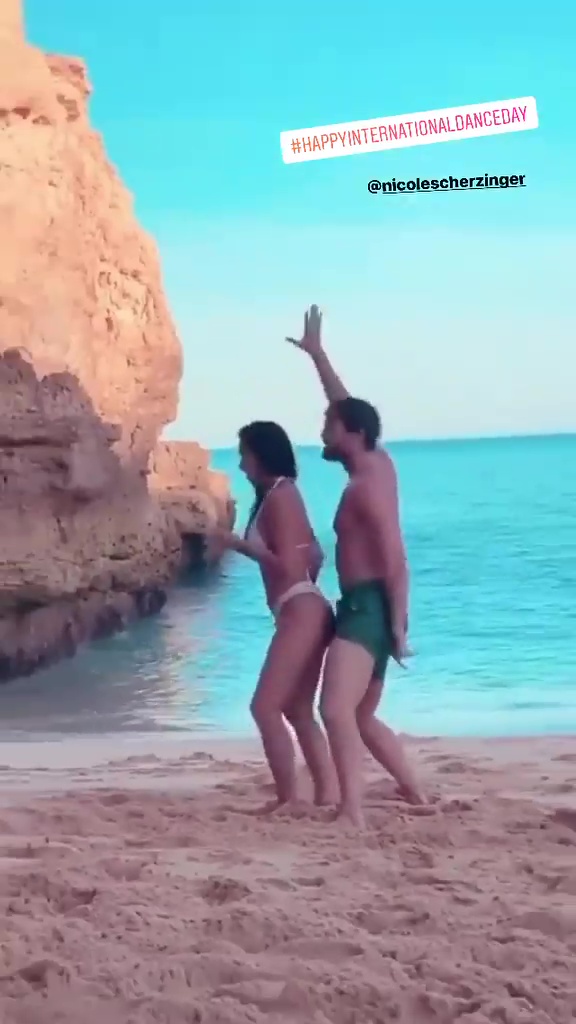 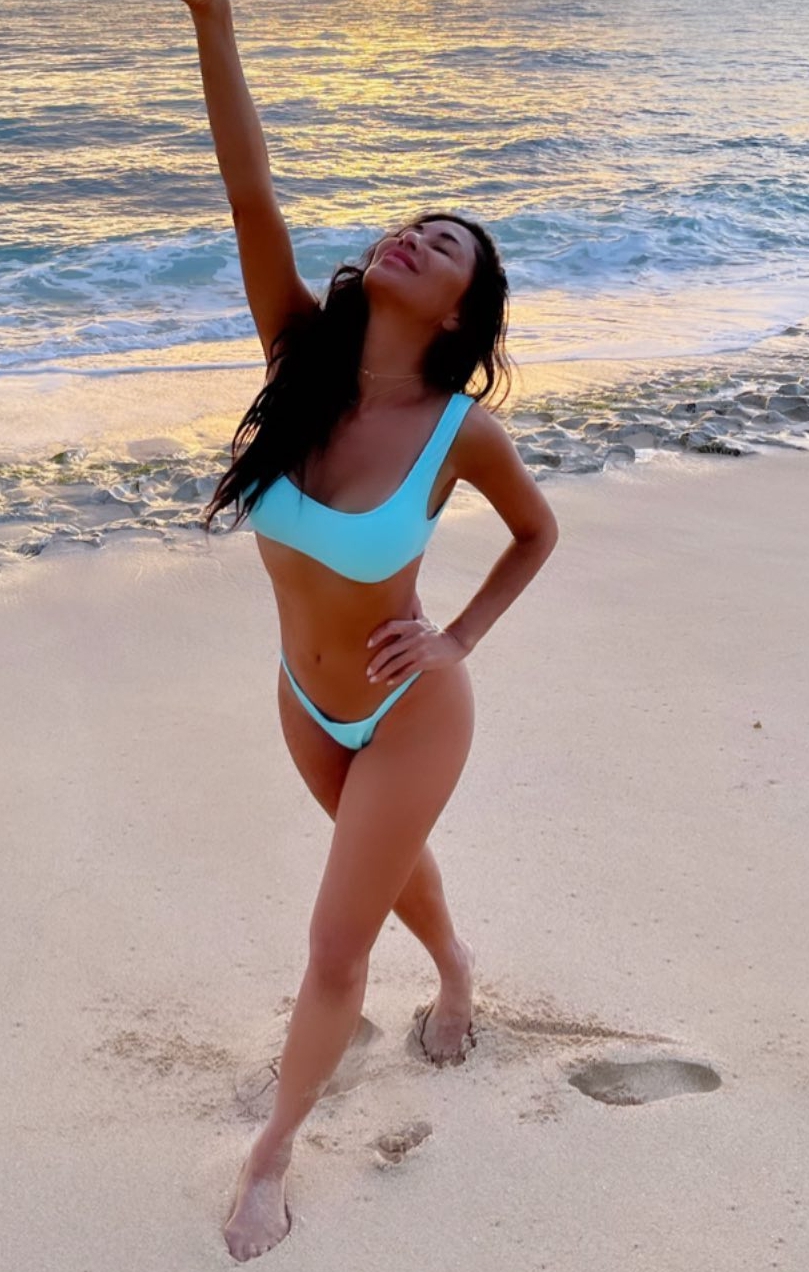 The Masked Singer judge shared a video on Instagram after she frolicked at the ocean's edge with waves lapping her feet.

Finding the water irresistible, Nicole jogged into the sea, and later showed off her athletic body performing cartwheels on the sand.

Fans raced to praise her as one said: "Goddess of the ocean 🌊🌺"

Another wrote: "that cartwheel was schamazing 🤸🏽‍♀️🔥👏🏻😍"