MAYA Jama looked incredible in a crop top as she enjoyed a posh dinner at The Ivy last night.

The stylish presenter, 26, was spotted leaving the London restaurant in a black faux-leather bra and culottes. 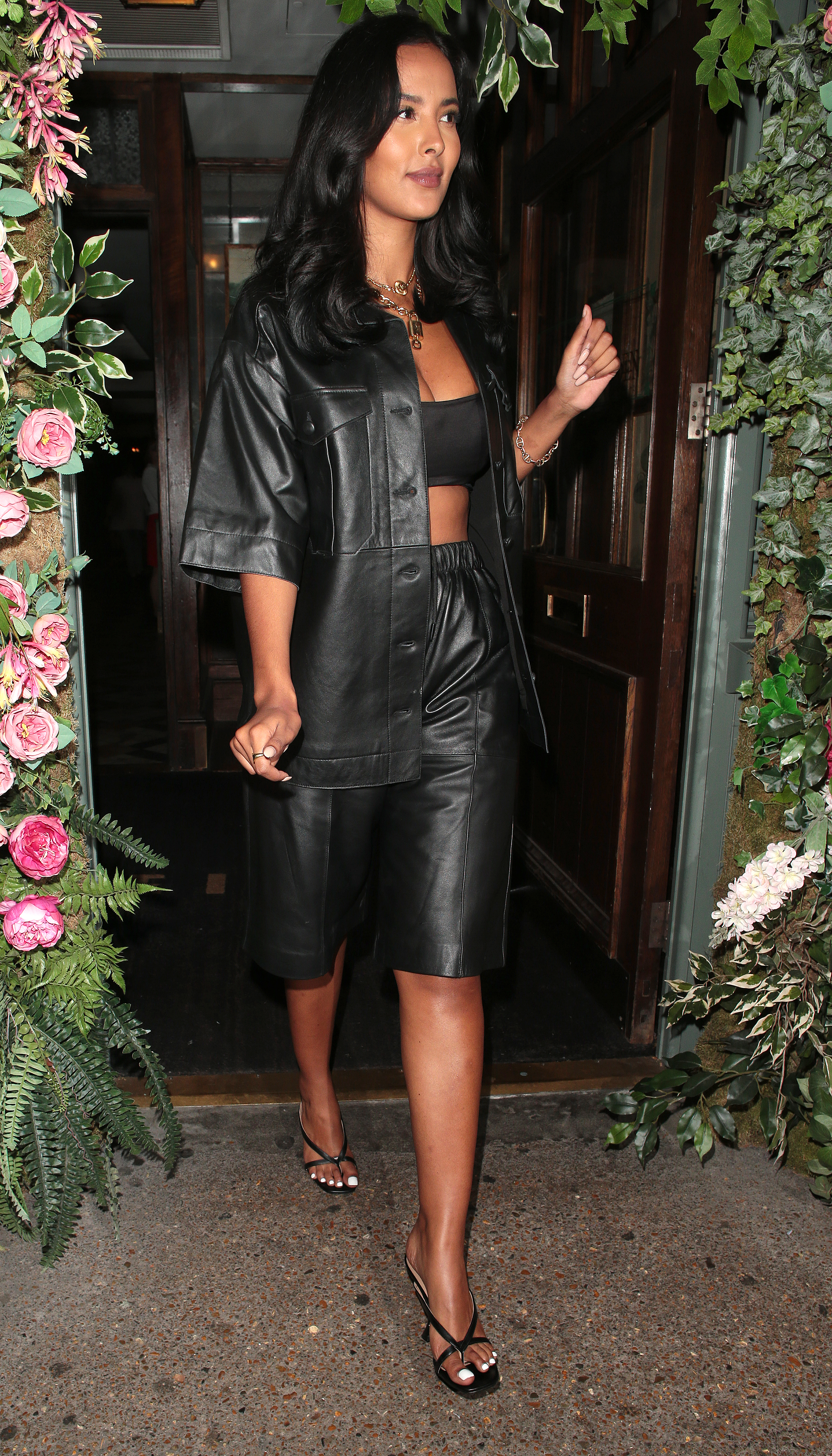 She teamed them with a matching shirt and chunky necklace, sandals, and a bouncy blow dry.

Maya flashed a huge smile as she left the restaurant with a pal and hopped into a taxi.

The star has a lot to smile about after putting her Stormzy romance behind her – saying she doesn't mind him rapping about their break-up on hisalbum.

He poured his heart out over his split from Maya on his song Lessons last year – but it didn’t bother her. 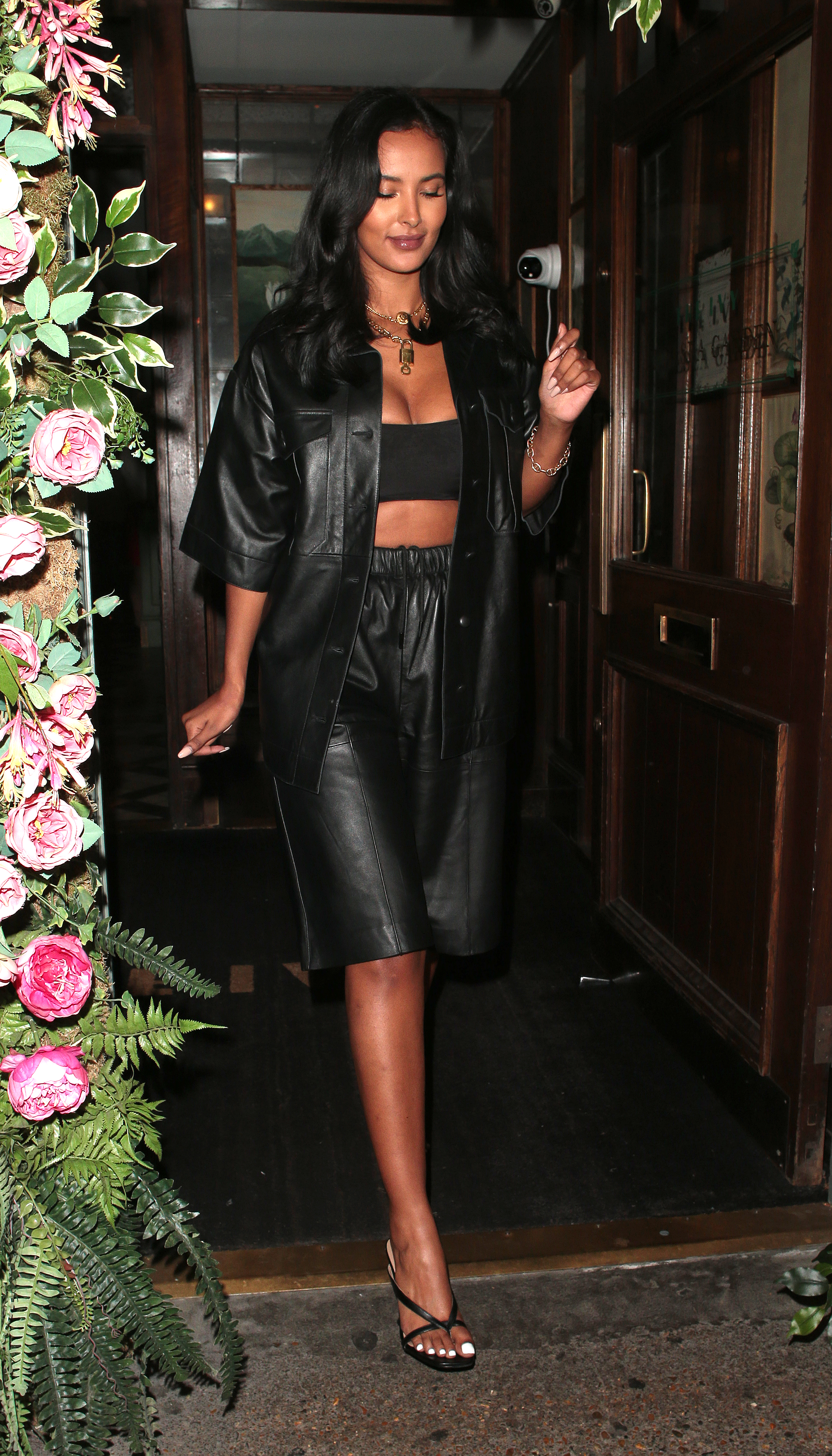 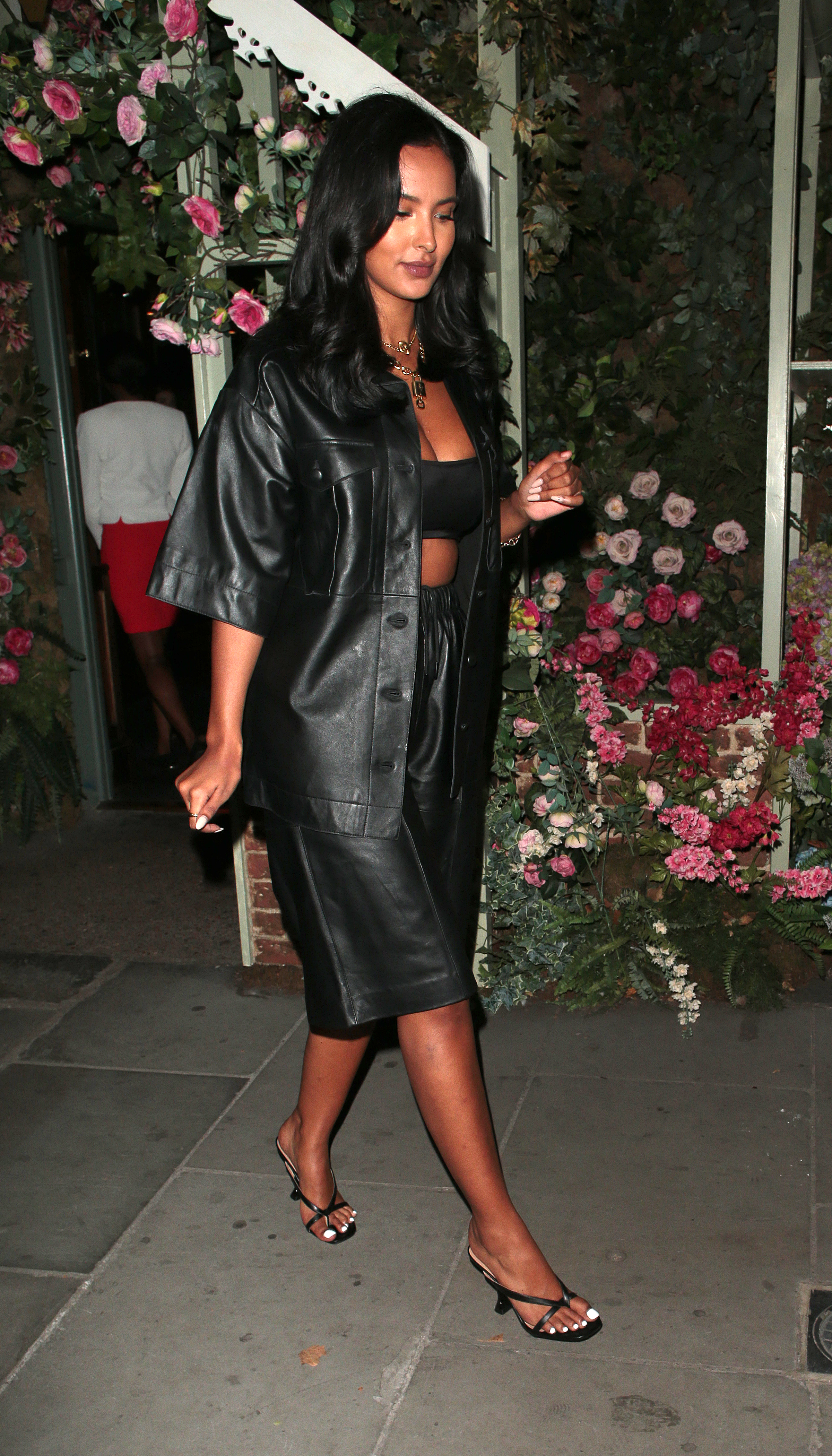 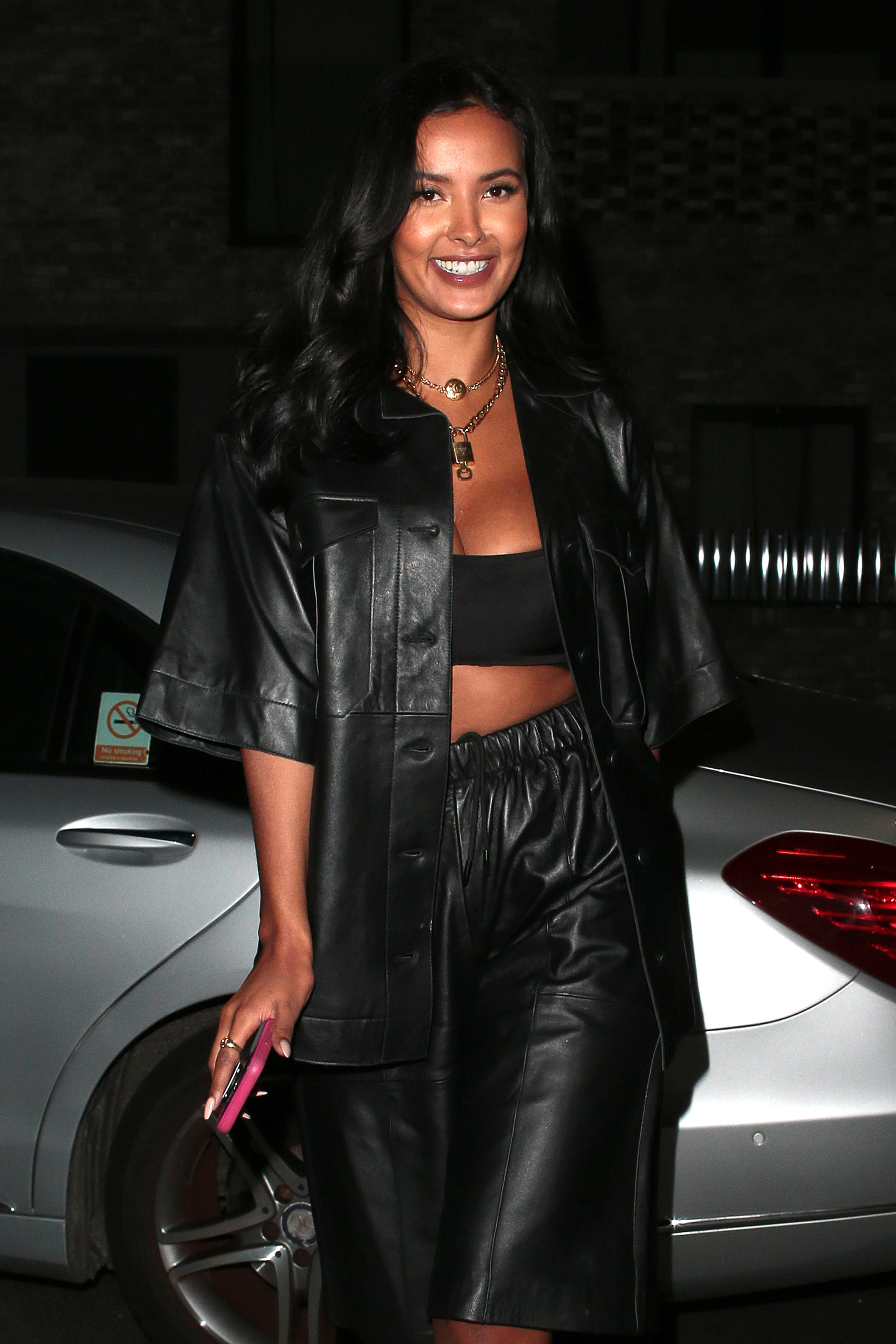 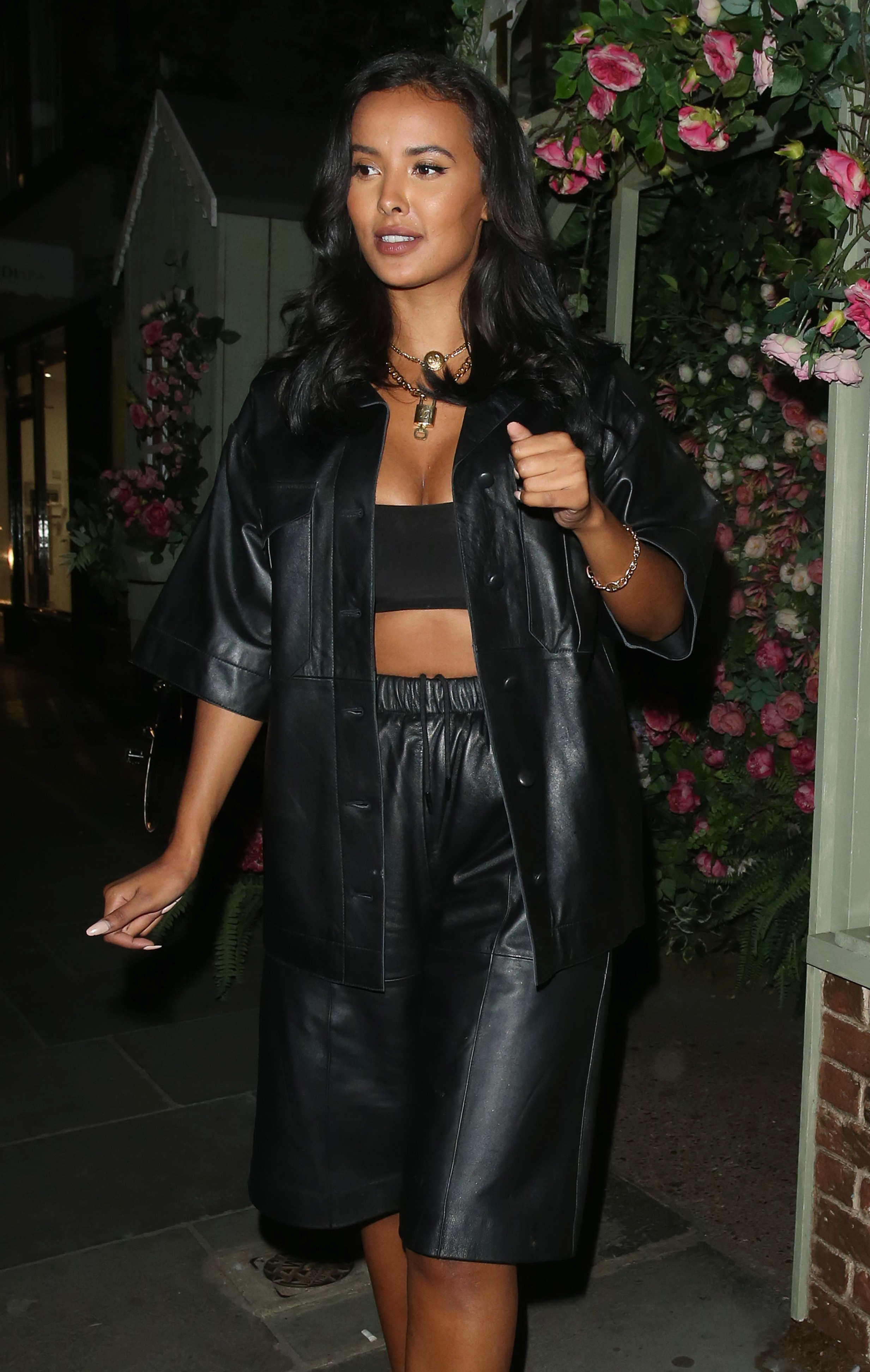 The glamorous telly presenter said she'd made peace with her ex-boyfriend rapping about their four-year relationship, insisting it has to be expected if you date a musician.

Maya, who broke up with the grime MC last August, said: “I feel that going out with an artist, you kind of sign an invisible contract where it’s like, ‘This is this, it’s everybody’s business’.”

The song, which featured on his second No1 album Heavy Is The Head in December, named Maya in the lyrics.

He rapped: “Fast forward now, my nephew’s still asking for his Auntie Maya, guess this is the karma for what I done to Maya. 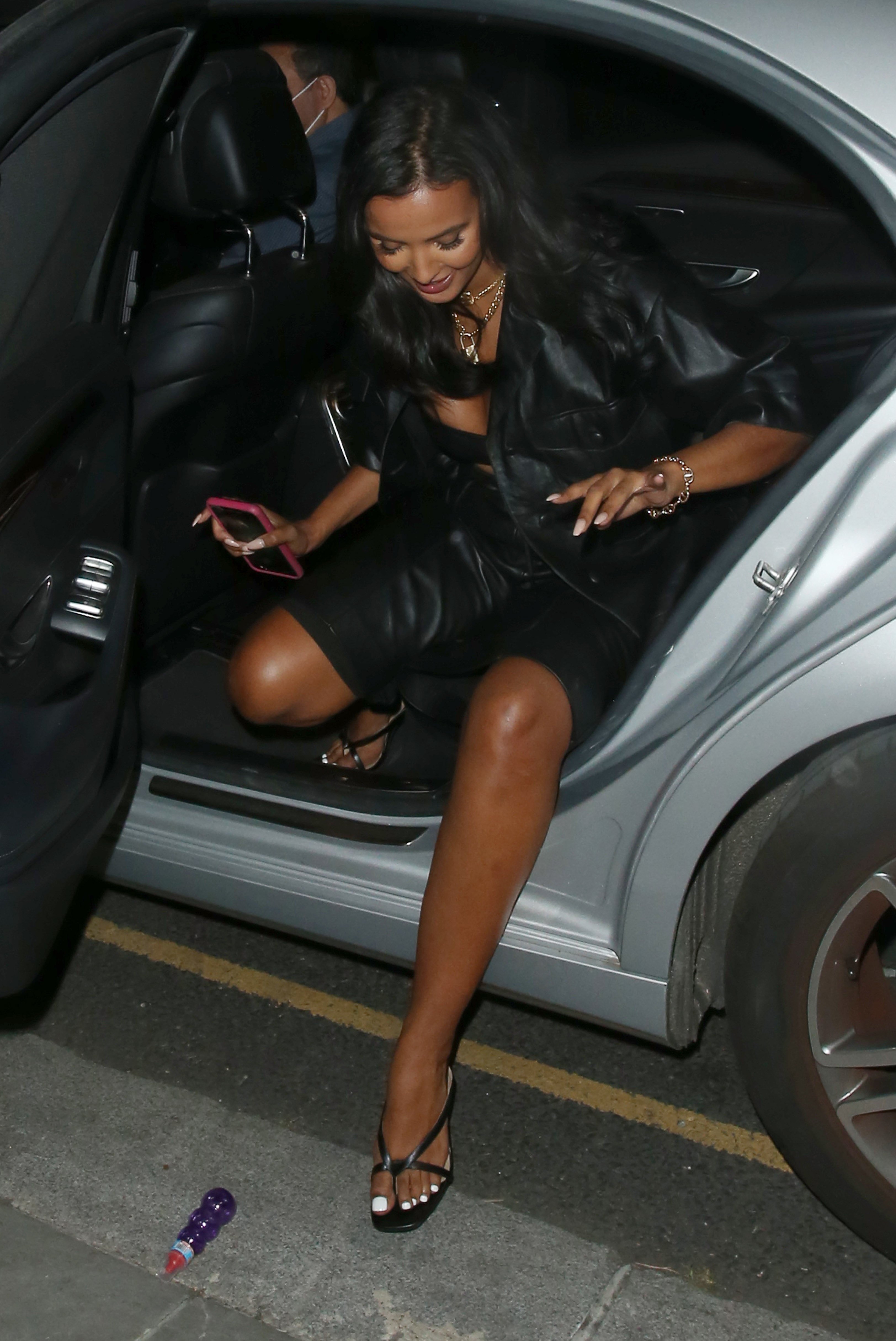 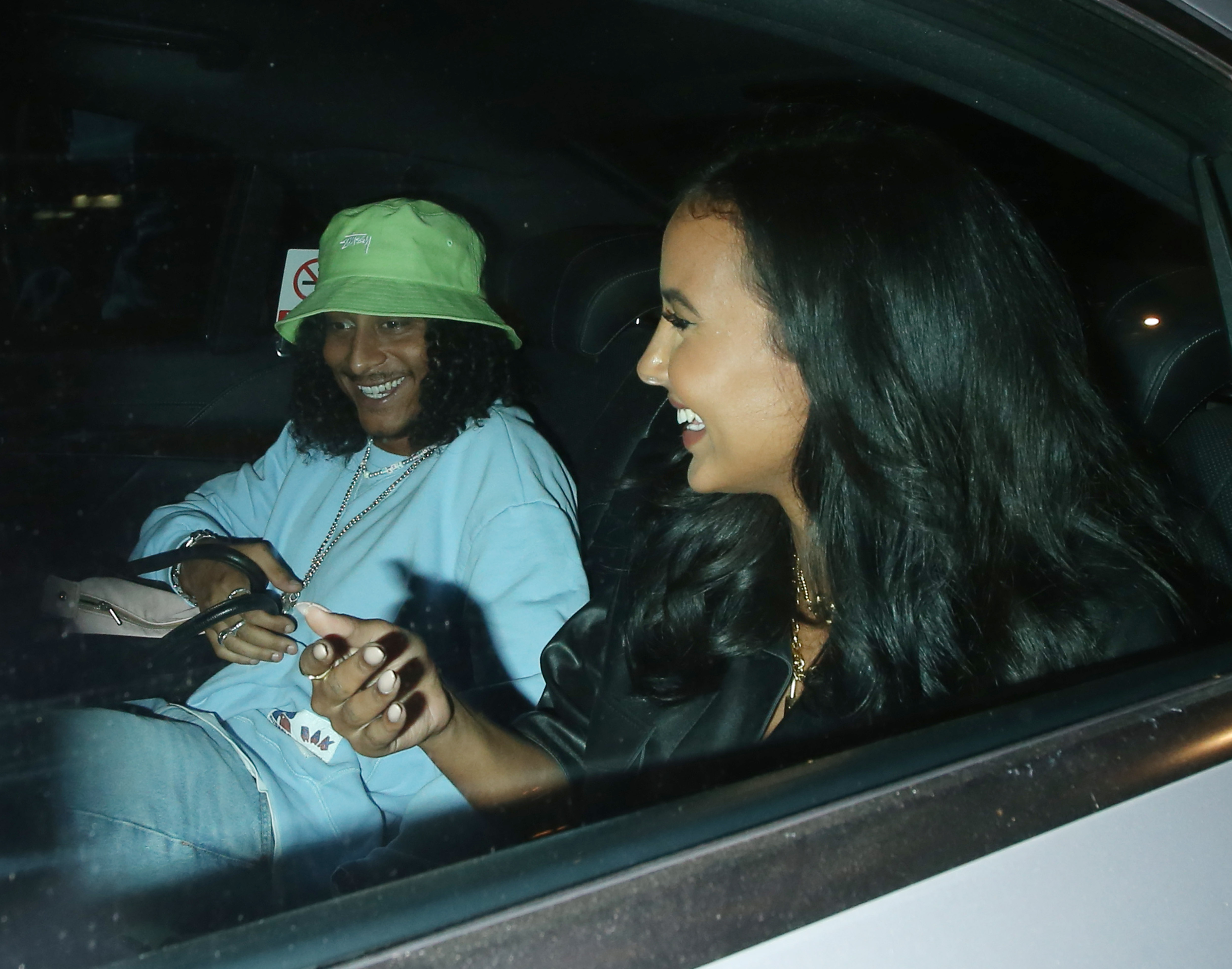 "I just stood and let it burn, I couldn’t down the fire. Lord, I pray you make it easy, that’s my one desire.”

But she seems well over Stormzy now and has seen her career go from strength to strength in the past year, including a hosting role on BBC1’s Saturday night show Peter Crouch: Save Our Summer.

She also turned footie pundit for the night on Soccer Aid last week with Dermot O'Leary and Alex Scott. 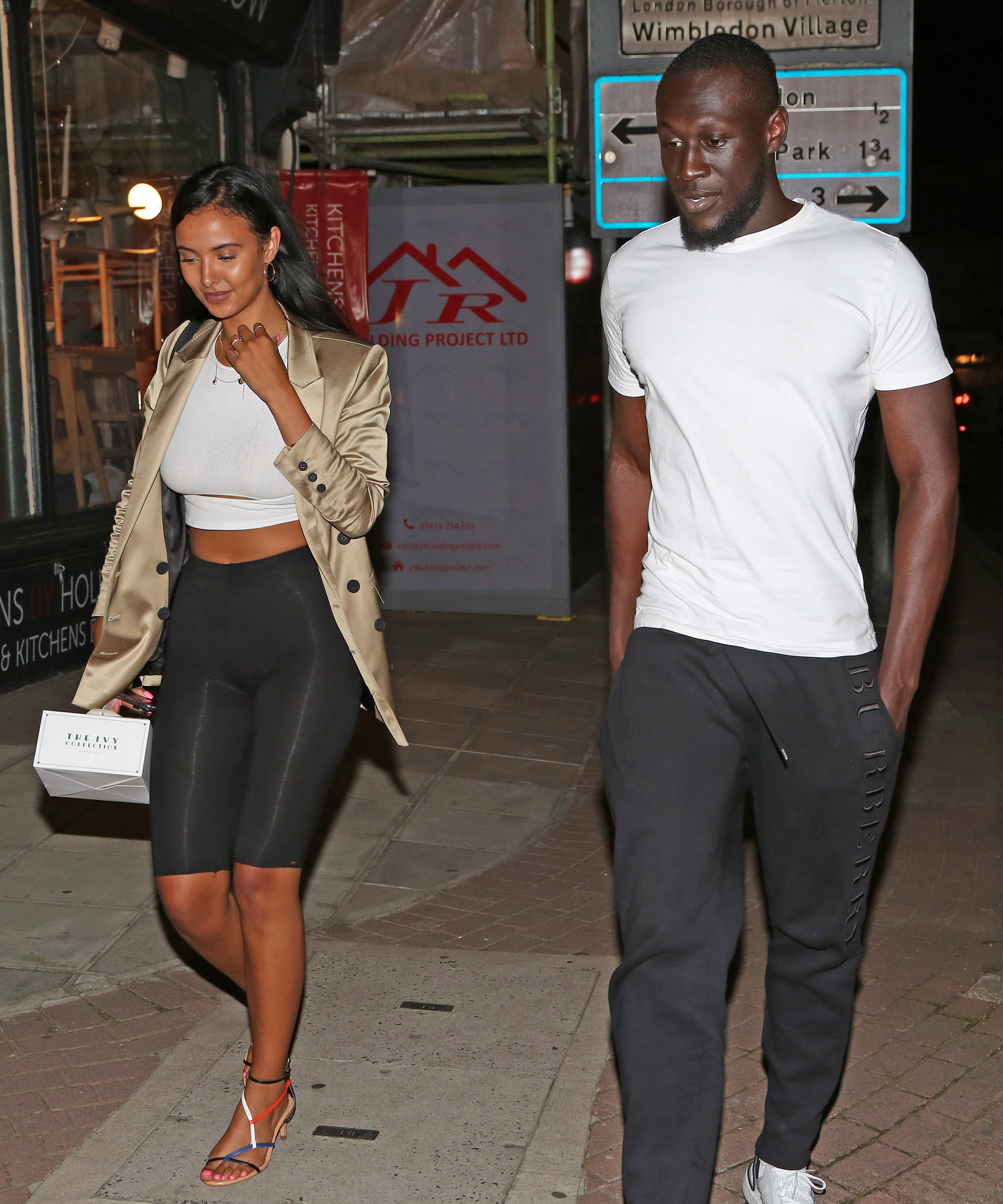 She also revealed she will be a judge for Formula E's open talent call for presenters, hosts and commentators.

She pulled on a racing driver's jumpsuit last week to announce the news – but struggled to zip the jacket up over her boobs.

The TV host, 26, nearly saw her zip give way as she donned the personalised coat over her abs-flashing crop top. 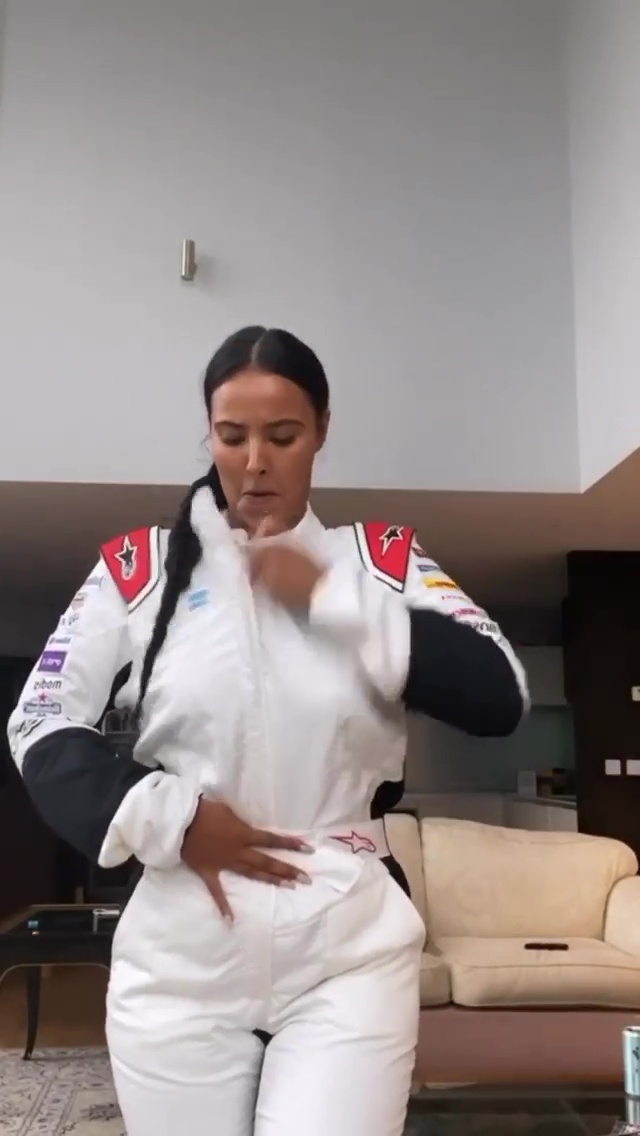