The Chase returned this evening with four brand new contestants who were looking to defeat Anne Hegerty to take home a portion of the jackpot prize fund. However, when the first player decided to stick with the money he had earned from his cash builder round, Bradley Walsh light-heartedly blasted the contestant’s decision.

Nigel, Kirstie, CJ and Paul were today’s contestants who each impressed Bradley with their performances.

The first contestant to face Anne was Nigel after earning a whopping £8,000 in his cash builder round.

Bradley was able to squeeze in one final question during the round and teased Nigel he owed him some of his winnings.

The ITV host joked: “When we will that’s a grand for me cause I got it in.” 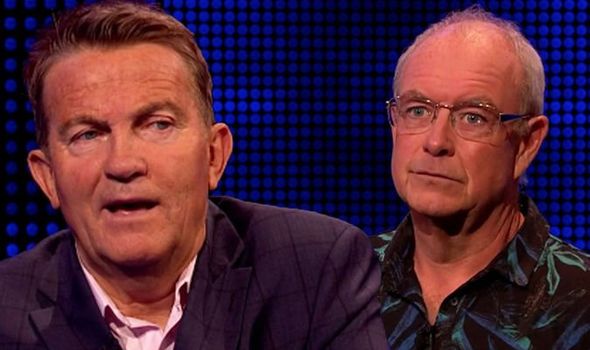 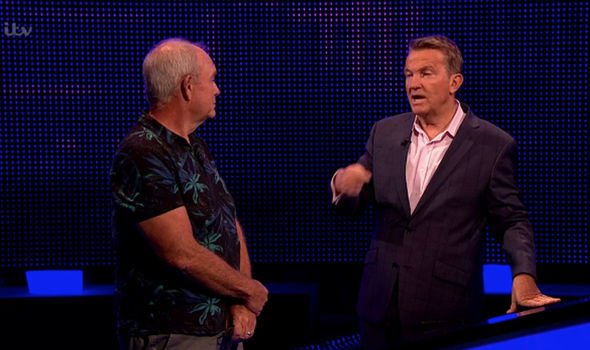 “No problem,” Nigel replied before Anne revealed she was offering him £28,000 if he wanted to take a step away from home.

Paul and CJ urged Nigel to go with the high offer while Kirsty was keen to see Nigel return to the table.

Nigel opted to stick for the money he’d earned and was slammed by Bradley when he performed well in his head-to-head.

“You’re a good player Nigel, I’ll give you that,” Bradley said. “One more you’re home and dry, we’re still three ahead of the Chaser. Get this right you would have had two goes at £28,000.” 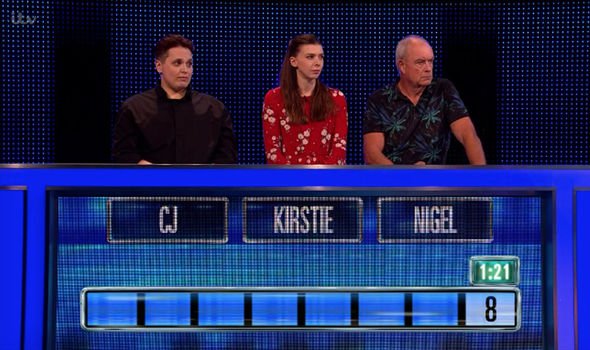 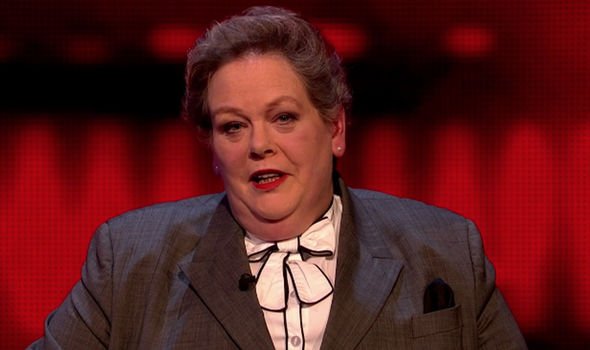 “They did tell you,” Bradley said before turning to the team. “You did tell him.

“They did tell you, I heard them tell you. Shocking, you let us down.”

Nigel answered the next question incorrectly but secured his spot in the final with the following question.

“Well played, good job,” Bradley quipped before shaking his head. “I got you one of those £1000s.

“I helped out, I sped up I got you in there. The guys told you to go high, you stayed.

“No thanks, no apologies. It’s a disgrace the way you treated the rest of the team and me.”

Nigel returned to the team and explained why he wanted to stick with his earnings.

Realising Nigel may have taken his words to heart, Bradley said: “No, it’s good. I was joking that’s the way you play it. I was joking you have to get player one and two back at least.”

Kirstie was next up to face the Chaser and easily added £3,000 to the jackpot while CJ secured her place in the final with a £6,000 win.

Bradley pointed out that the first three contestants could have taken the higher offer.

The Chase airs weekdays on ITV at 5pm.