Demetrius “Lil Meech” Flenory Jr. portrays his father on the show. However, 50 Cent made him take acting lessons to prove he could do it. 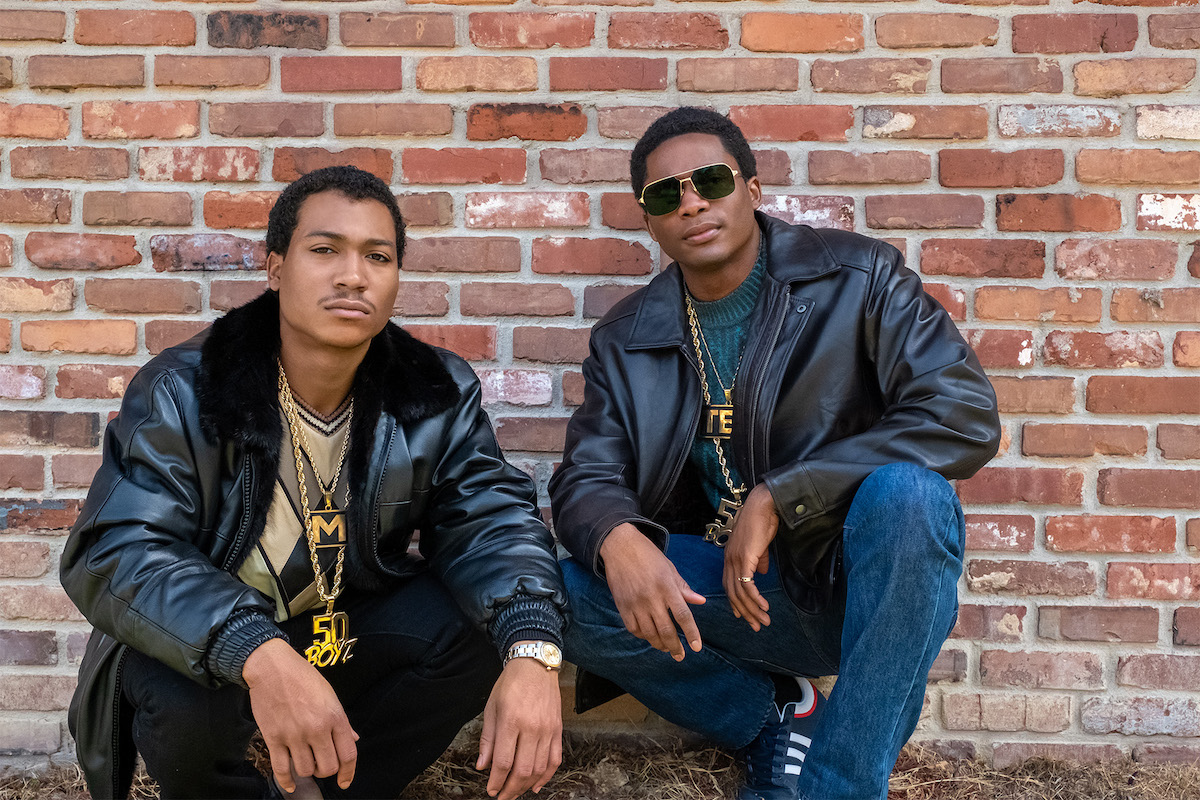 RELATED: ‘BMF’: How to Watch the Series Premiere

What is Starz’s ‘BMF’ about?

Set in Detroit in the 1980s, BMF chronicles the rise and fall of the Black Mafia Family. The series follows kingpins and brothers, Demetrius “Big Meech” Flenory and Terry “Southwest T” Flenory who began their careers in high school selling cocaine as a way to escape poverty.

The series has been called “a story about love, kinship, and capitalism in the pursuit of the American dream.”  The official Starz press release reads.

Demetrius “Big Meech” Flenory’s charismatic leadership, Terry “Southwest T” Flenory’s business acumen and the fraternal partnership’s vision beyond the drug trade and into the world of hip-hop would render the brothers iconic on a global level. Their unwavering belief in family loyalty would be the cornerstone of their partnership and the crux of their eventual estrangement.

Though it’s incredible that the younger Flenory has the opportunity to portray his father, he wasn’t just handed the role. BMF has been a passion project of 50 Cent’s for years. As a result, he began preparing Lil Meech well before the series was greenlit.

“He made sure, you know, I had the foundational acting before I just jumped out there on the screen and didn’t have any acting experience, you know, as far as any classes,” Flenory told The Grio. “(I took) intense acting classes, five days a week, (sometimes) two times a day, for two years.”

After all of that work, Lil Meech still had to audition for the role. “You know, they could of got somebody else who has been acting before,” he explained “that doesn’t look nothing like my dad. Just because that’s my dad, doesn’t mean I (automatically) get the job. So I had to show people that, you know, I really knew what I was doing.”

In addition to the extensive acting lessons that helped him win his role on the show, Lil Meech says his father was also a huge resource to him. “I really just wanted to do it right, you know?” he told The Detroit News. “He wanted to show the world the real him. People don’t understand the real Big Meech, they don’t know who he really is.” Since Big Meech is still incarcerated, the 21-year-old spoke to his father via phone everyday during filming.

Moreover, showrunner and executive Randy Huggins visited Big Meech and built a report based on trust. “We talked as much as we could, and those phone calls are only like 10 minutes at a time,” Huggins told The Detroit News. “And then I went to see him like three or four times, and we built up a trust between us.” Getting the music right was extremely important to Meech — ‘If there’s lyrics in the music it’s not real, because the music we were listening to was all beat-driven,’ he told Huggins.