‘Black Widow’ was well worth the wait. The film closes the book on Natasha’s story with an emotional final chapter but also propels Florence Pugh as the MCU’s next great star.

Natasha Romanoff’s death in Avengers: Endgame shocked and saddened Marvel fans. Her sacrifice on Vormir was a surprising twist and an abrupt end to one of the Marvel Cinematic Universe’s most beloved characters. The MCU’s only female in the original Avengers lineup gets her long-overdue standalone film with Black Widow, out in theaters and Disney+ on July 9.

Black Widow takes place after Captain America: Civil War and before Avengers: Infinity War, so the Avengers are still on the outs with one another. The film dives deep into Natasha’s dark and traumatic past as a trained assassin. Natasha crosses paths with her little sister Yelena, who isn’t so little anymore. She’s now a trained assassin and just as lethal as her sister.

The sisters reunite with the rest of their Russian spy “family,” which includes Alexei/The Red Guardian and Melina. Together, the family goes on a mission to right the wrongs of the past: by taking down General Dreykov and the mysterious Red Room once and for all.

Black Widow is filled to the brim with epic action sequences and tense hand-to-hand combat fight scenes. One particular fight between Natasha and Yelena is a brutal, nail-biting sequence. Black Widow is definitely in the same vein as Captain America: The Winter Soldier. Black Widow is a gripping spy thriller with an emotional anchor at the center of the story.

Scarlett Johansson leads the way as Natasha Romanoff. Natasha has always been the calmest and level-headed of the Avengers. Black Widow gives her emotional roots that Scarlett embraces with ease. Natasha’s relationship with Yelena is the sister dynamic the MCU needed. 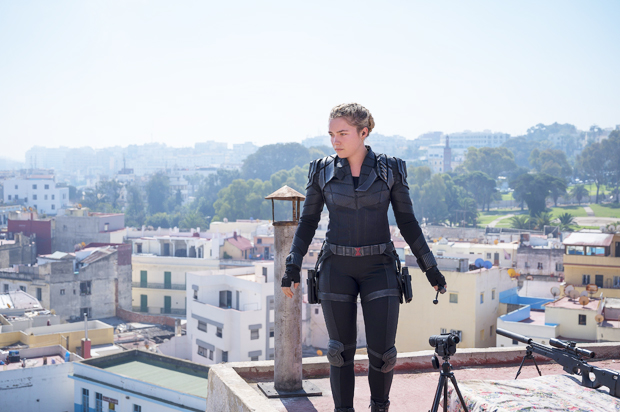 When it comes to Florence Pugh, she is MCU dynamite. She steals the show from the moment she steps onto the big screen. Yelena wears her heart on her sleeve and isn’t afraid to tell anyone how she feels. She’s sleek and stealthy just like her big sister, but she’s also more spontaneous and a risk-taker.

David Harbour has a blast as Alexei. He provides most of the comic relief and levity, but he also shares some of the movie’s key emotional moments with Natasha and Yelena. The father-daughter dynamic between David and Florence is one of the many highlights of the film. Rachel Weisz is a silent force as Melina, Natasha and Yelena’s no-nonsense “mother.” 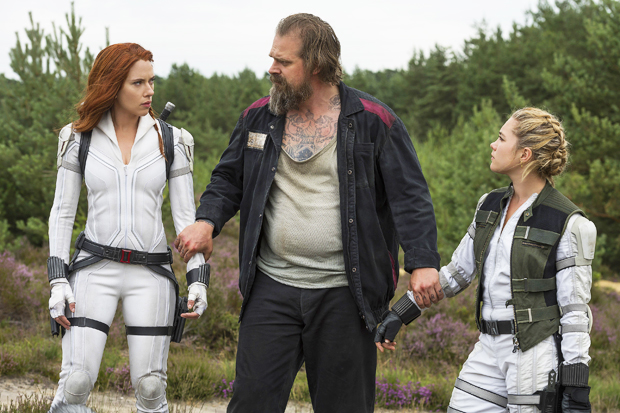 It’s very clear in Black Widow that this is Nat’s swan song, and she makes sure it’s a memorable one. Scarlett’s bidding farewell to a character she’s played for a decade, but she’s also leaving quite a path for Florence. Natasha’s story may be over, but Yelena’s is far from done. Yelena is a force to be reckoned with, and the MCU will never be the same.