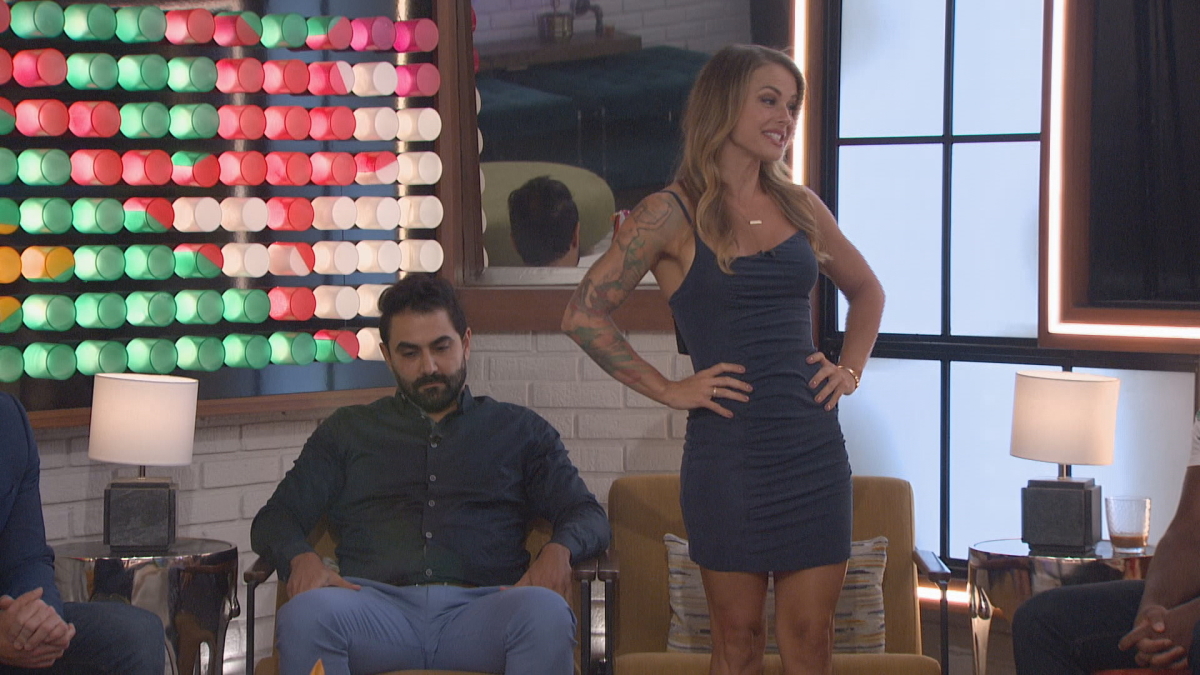 Big Brother 2020 spoilers about the Nomination Ceremony for Christmas Abbott have now been revealed on the live feeds.

It was a busy day in the Big Brother house, beginning with the BB Basement opening up for the first time. It may also be the last time that it is used, but that wasn’t clarified by host Julie Chen Moonves.

Two of the powers have already been revealed on the live feeds and it could be interesting to see how they are used in the coming weeks. That third power is still well hidden.

Before the 12 houseguests went to play in the new competition, Christmas had been discussing with her primary alliance members about what they should do. She had two plans in mind and one just played out.

Who did Christmas nominate on Big Brother All-Stars?

Late on Friday, the live feeds went over to the adoptable pets and everyone watching knew that it was time for the Nomination Ceremony.

When the cameras were turned back on, it quickly became obvious that Da’Vonne Rogers and Bayleigh Dayton had been nominated for eviction.

That Slick Six alliance sure didn’t have a long shelf-life in the house, but it never seemed like it was going to last with how negatively Daniele Donato had been talking about Da’Vonne and Bayleigh since the day it was formed.

But after the Nomination Ceremony, it was Christmas who was seen crying about it on the live feeds. She wasn’t crying when she laid out the plans, but she is going to really play up the emotional side of things this week.

Where is that third power residing?

It will be fun to watch the live feeds over the next 48 hours to see if the third power from the BB Basement affects how things play out before the Veto Competition.

If Da’Vonne or Bayleigh is in possession of any power, now is the time to use it, as they could be running out of time as a duo in the house.

The Veto Competition should take place on Saturday and the BB live feeds should let us all know the results. If one of the nominees wins the Power of Veto, Christmas will be forced to come up with a replacement nominee.

The end of BayDay and Black Girl Magic within the house is at hand. Even if one of them wins the POV, the other one is very likely getting voted out at the Eviction Ceremony.