Ben Shephard presented Good Morning Britain alongside Susanna Reid this morning. It comes after Piers Morgan quit his Monday to Wednesday role and as a result, Ben who is usually seen on Thursday and Friday mornings was called in to host. ITV viewers had a mixed response with some enjoying the calmer start to the week while others suggesting the Tipping Point host lacked oomph. The broadcaster is yet to announce a permanent replacement who will join Susanna.

Taking to Twitter to comment, one said: Ben’s a nice guy but he ain’t a Piers replacement #gmb.”

“Ben Shepherd is inoffensive to the point of being bland. #GMB,” someone else wrote.

Meanwhile, another wrote: “Love seeing Susanna and Ben on the show today! Both of them are a breath of fresh air and it’s so hear her actually speak without someone shouting.”

One added: “It’s such a lovely change with Ben and Susanna presenting together on a Monday, lets hope its more permanent.” 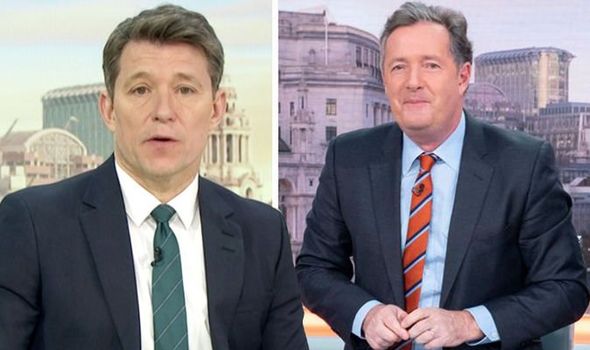