Alli Dore and Dani Soares from Below Deck Sailing Yacht revealed that they’ve both received angry and “brutal” direct messages after viewers witnessed their hookup during the latest episode.

Curiously, the messages mainly pertained to the two stews hooking up. The remarks were not directed toward Dore’s make-out session with Gary King. Dore and Soares, along with Daisy Kelliher discussed the double standard, adding that some messages were aggressive. 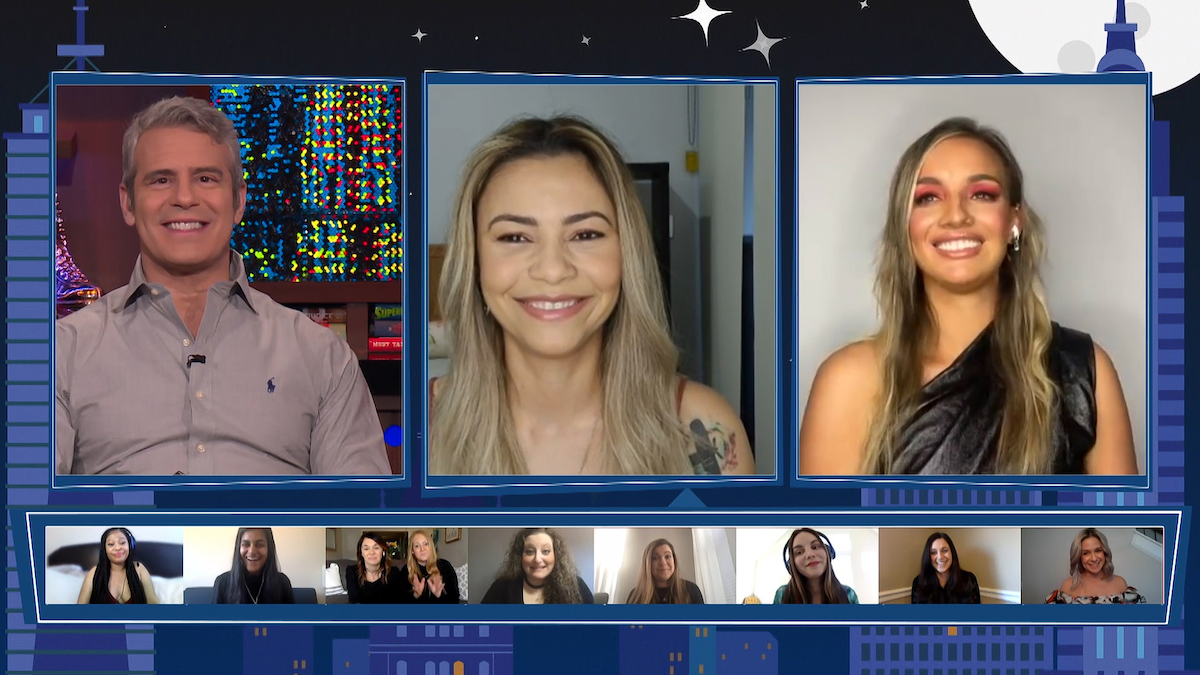 ‘Below Deck Sailing Yacht’ stews wonder why people care so much

Dore and Soares joked about their steamy hookup, with Soares adding, “What two adults do, having fun, not hurting anybody. Not doing anything bad to anybody else, just enjoying each other. It shouldn’t even be a discussion. It should be normal.”

“When Sydney [Zaruba] and Gary hooked up, and you and J.L [Jean-Luc Cerza Lanaux] hooked up, it wasn’t such a topic,” Dore pointed out. “But then when you and I hooked up, that clip has been shown many times. I have received some seriously brutal DMs. We both, because of two girls. Like really horrible things.”

“I saw on Twitter somebody said, ‘Below Deck this season has been terrible,’” Soares added. “‘These hookups.’ And somebody commented, ‘But it’s always been like that. Look at Malia [White] and the two guys.’ And she was like, ‘Yeah, whatever this time it’s Alli and Dani.’ So, oh so it’s a problem because it’s two girls? Not because we’re hooking up.”

Alli Dore was waiting for this ‘caveman commentary’

Dore said every time the trailer would air, she would receive messages about her hookup with Soares. Dore added that some DMs were sexual in nature in addition to being hateful. “You’re not really saying that about anyone else kissing anyone else,” she observed. “It’s just such a medieval way of thinking. Maybe I’m naive but I thought we were a little more evolved than that.”

“Yeah, people are still in the dark ages about gay sex,” Kelliher agreed. “Or gay hookups.”

“Which is a shame,” Soares added. “It should be if two people are happy with each other. Happy doing whatever they want to do that’s like who cares.”

Why did Dani Soares and Alli Dore hookup?

So what led to the first stew hookup ever? Cerza Lanaux and Soares had already coupled up on the yacht. But when everyone got drunk, Soares made it clear she was ready for sex. Unfortunately, Cerza Lanaux was too fixated on the drinks being spilled on the deck. He grumbled to Soares about how much cleaning he will have to do in the morning and didn’t seem interested in hooking up.

That’s when Soares turned her attention to Dore. She playfully kissed her in front of the crew and even told Cerza Lanaux he had to compete with Dore for her affections. He continued to gripe so Soares told Dore, “OK Alli, let’s go!”

Below Deck Sailing Yacht is on Monday at 9/8c on Bravo.