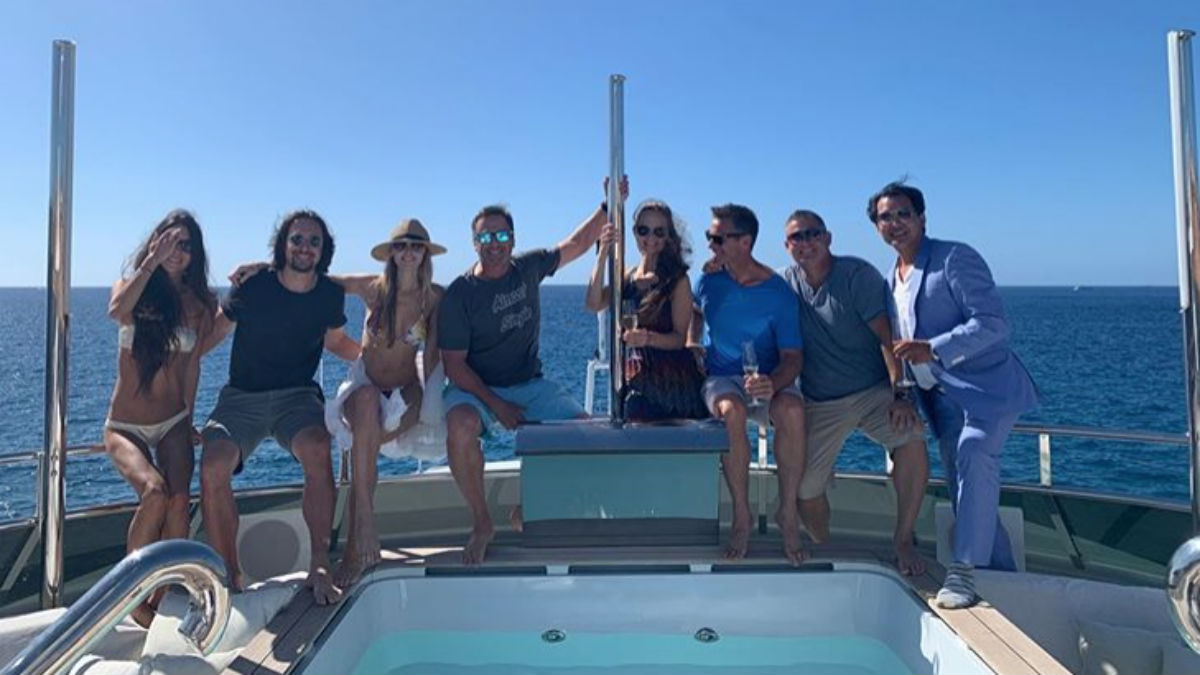 Below Deck Mediterranean fans watched as charter guest Eric Cotsen teased that he was not leaving a tip for The Wellington Crew.

The cast was baffled when Eric walked away, only giving them an invite to his Malibu house for dinner. It was an OMG moment that resulted in him simply playing a prank. Eric came back with a large envelope full of cash, featuring a $20,000 tip for the crew.

Now, Eric has become one of the most talked-about charter guests of the season. So, who is the funnyman who gave the Below Deck Med cast quite the scare?

Eric’s late father, Lloyd E. Cotsen, was CEO of Neutrogena. According to The Malibu Times, Lloyd was considered the 47th richest person in Malibu, which is a pretty big deal. Malibu is home to many celebrities, so the competition for who is the richest is steep.

Online reports indicated that before his death in 2017, Lloyd was worth nearly $600 million, making Eric a trust fund baby. The Cotsen family has never wanted for a thing since Lloyd became CEO of Neutrogena in 1982.

Not living off the family money

While Eric could have easily spent his life living off the Cotsen family money, he worked to build a name for himself outside of his father’s legacy.

Though it didn’t make the show, I loved our nicknaming of the crew. Here’s a snippet. #BelowDeckMed

Though it didn’t make the show, I loved our nicknaming of the crew. Here’s a snippet. #BelowDeckMed

Even though he agreed to be on a reality TV show, Eric does keep his personal information pretty private. There are no details in his Instagram bio, which is the only public social media platform Eric has at the moment. He doesn’t even have a public LinkedIn account.

Eric’s Instagram feed is full of photos of him with friends, his adorable dog, and his time on Below Deck Mediterranean. His captions are cryptic and in line with Eric keeping a certain level of privacy about his life.

Viewers know Eric loves to have a good time. One of Eric’s former assistants, D.C. Douglas, described working for him like working for a frat guy. However, D.C. gushed over having the chance to work for Eric, who helped D.C. fund two of his acting projects.

The Wellington crew had quite a good time with Eric Cotsen and his friends. They even got to play ultimate frisbee with the charter guests, resulting in Bugsy Drake and Jessica More wearing speedos during the naughty night. As far as charter guests go, Eric and his group were pretty good.

Below Deck Mediterranean airs Mondays at 9/8c on Bravo.