BBC’s Victoria Derbyshire suffered a nightmare wardrobe blunder in the middle of a live news segment.

The 52-year-old journalist was getting ready to present the 9am news bulletin when she appeared to have a mishap with her shoe. 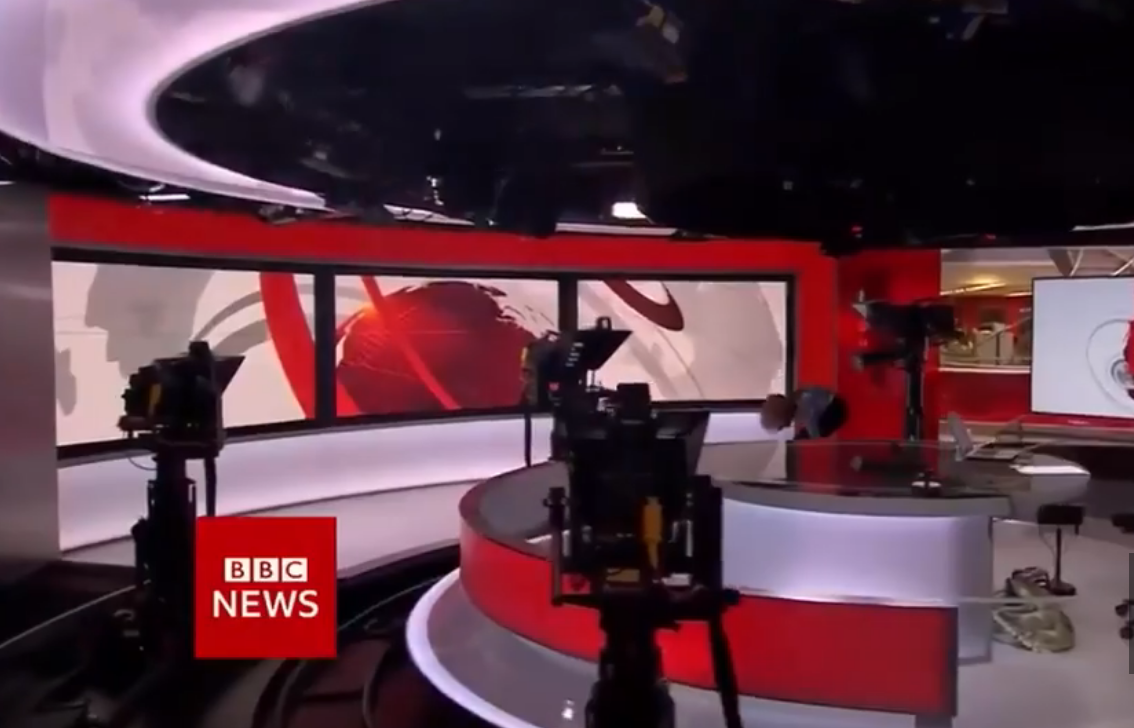 As the camera panned across the newsroom and into the studio, Victoria could be seen in silhouette at the back of the set doubled over and fiddling with her shoe and foot.

The camera then reached the point where Victoria should have been stood and the lights went up and she could be heard saying "Oh my God" off camera.

Ever the pro, she then walked calmly into shot to read the headlines, but not before apologising to viewers for the delay.

The moment, which happened on Thursday morning, immediately went viral, with people branding it "hilarious".

Many were left wondering what the actual problem had been, and Victoria later explained what had happened.

She wrote in reply to one Twitter user who had asked: "Oh god, I couldn’t get my very high heels on".

She also shared a snap of the heels in question, a black pair of high stilettos with tassels on the back.

Viewers praised her composure, with one writing: "OMG. but what a professional recovery."

Another added: "Very refreshing when even top level broadcasters get a little rushed."

Others joked it perfectly represented how they felt at 9am, with on tweeting: "Me waking up at 8.58 and jumping out of bed for a 9am Teams meeting." 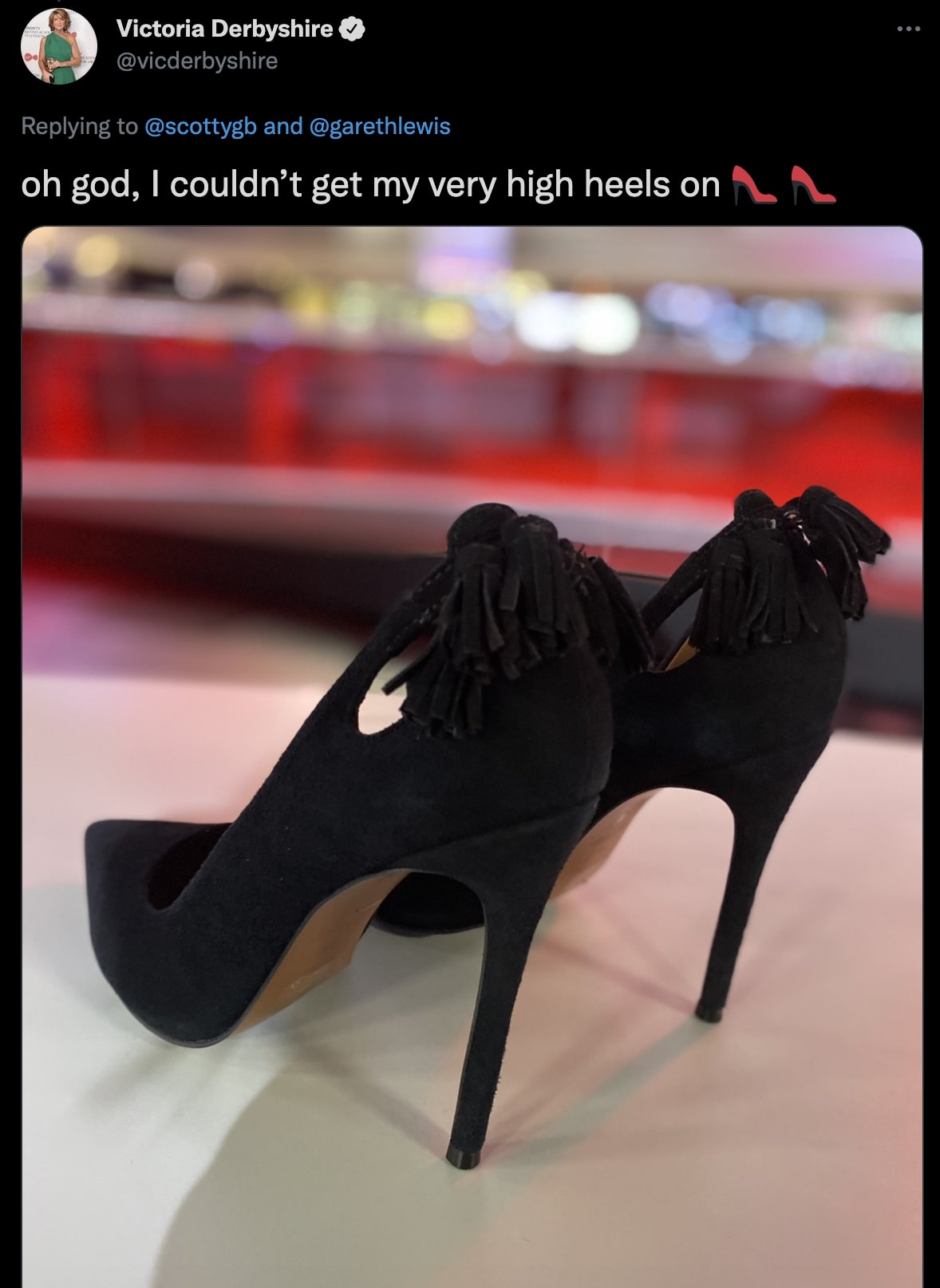