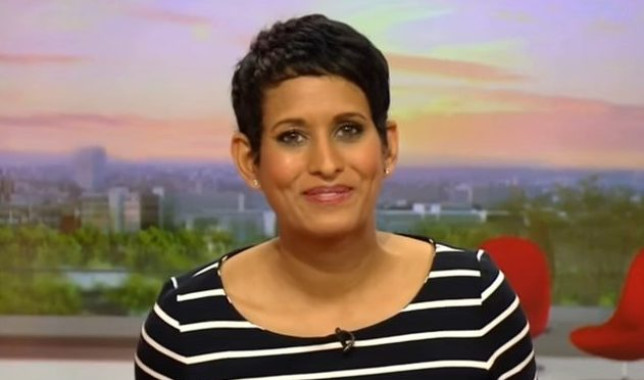 BBC Breakfast’s Naga Munchetty has brilliantly clapped back at a troll online who called her an ‘awful woman’, showing us all how it’s done.

The 46-year-old – who sadly is no stranger to receiving cruel messages on social media – hit back after someone online rudely responded to one of her tweets.

Naga tweeted saying she was talking about whether it’s OK to go to the pub if you’ve called in ‘sick’ to work on BBC5 Live.

‘Does anyone still listen to this awful woman?’ the troll queried in the replies.

The presenter was quick to respond, proving that she doesn’t let these kinds of comments get her down.

She said: ‘Tim Do yourself a favour. Stop following this awful woman.’

Fans of Naga were quick to jump to her defence, sharing their appreciation for the presenter.

‘When people like Tim say “awful woman” what they really mean is “woman I’m terrified of because she’s better than me in every way”,’ one person tweeted.

‘Apropos of no-one in particular, can I just say… Hi. I think you’re a brilliant journalist & presenter. Funny, feisty and outrageously beautiful, too,’ said another,

‘I have rather, shall we say, an assertive way, of dealing with people who abuse me on Twitter,’ she said.

BBC Breakfast airs weekdays at 6am on BBC One.