ONE of the Bachelorette contestants was rushed to the hospital after getting smashed into the ground during ball game on the show.

A trailer teased the aggressive tackle and an ambulance arriving for the “serious” injury one of Katie Thurston’s suitors suffered.

🌹 Follow all the latest news and stories on The Bachelorette 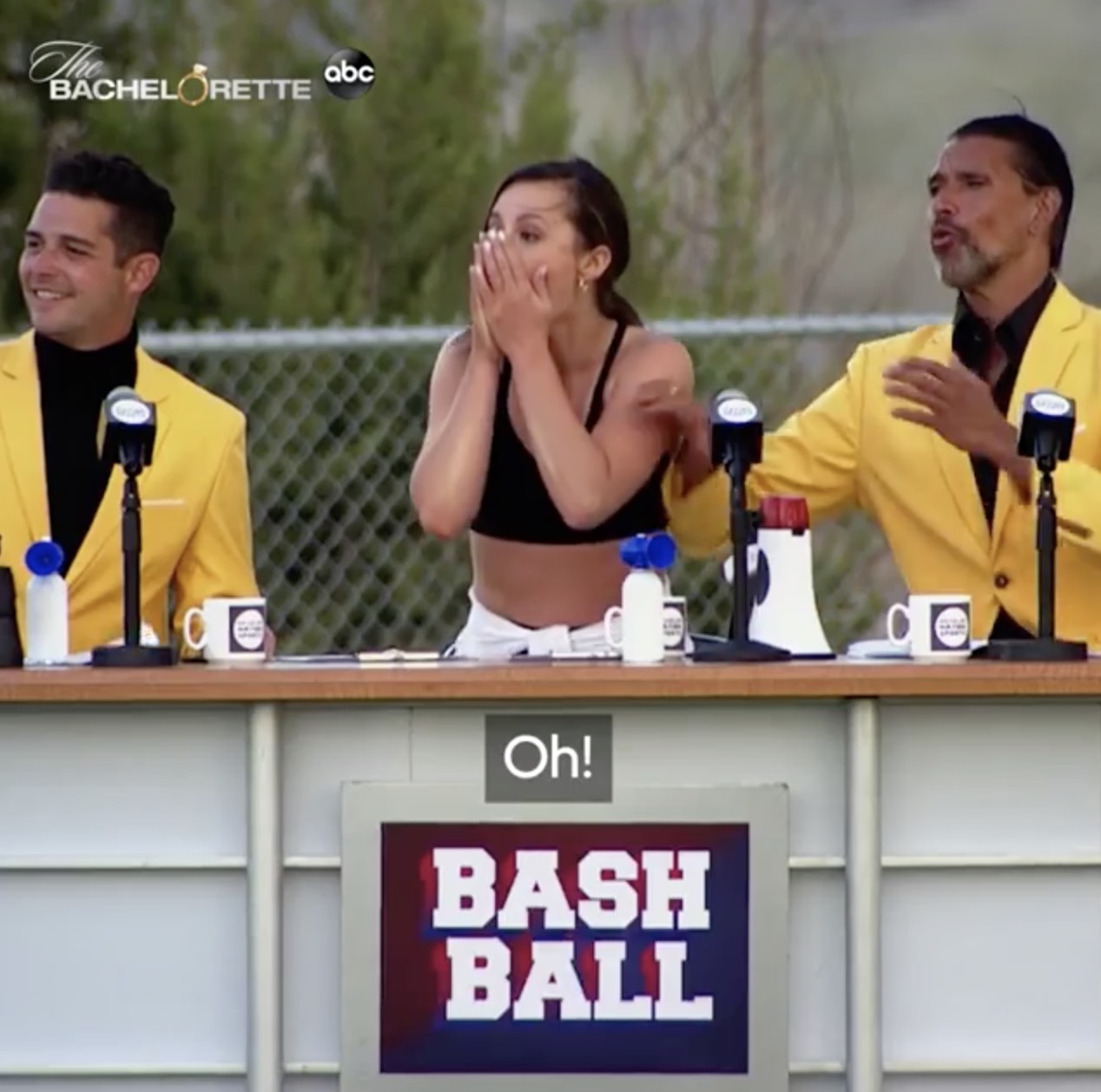 In the promo clip, the Bachelorette men played a competitive game of Bash Ball, made up of two teams, red suits against black, when the injury took place.

One of the black suit team members had the ball and was getting ready to throw it when a red team member came up behind and tackled him.

“Oh s**t,” one of the contestants said as the ball-holder got knocked to the ground.

While the specifics of his “serious” injury have not yet been revealed, he could be seen getting slammed into the field, face-first. 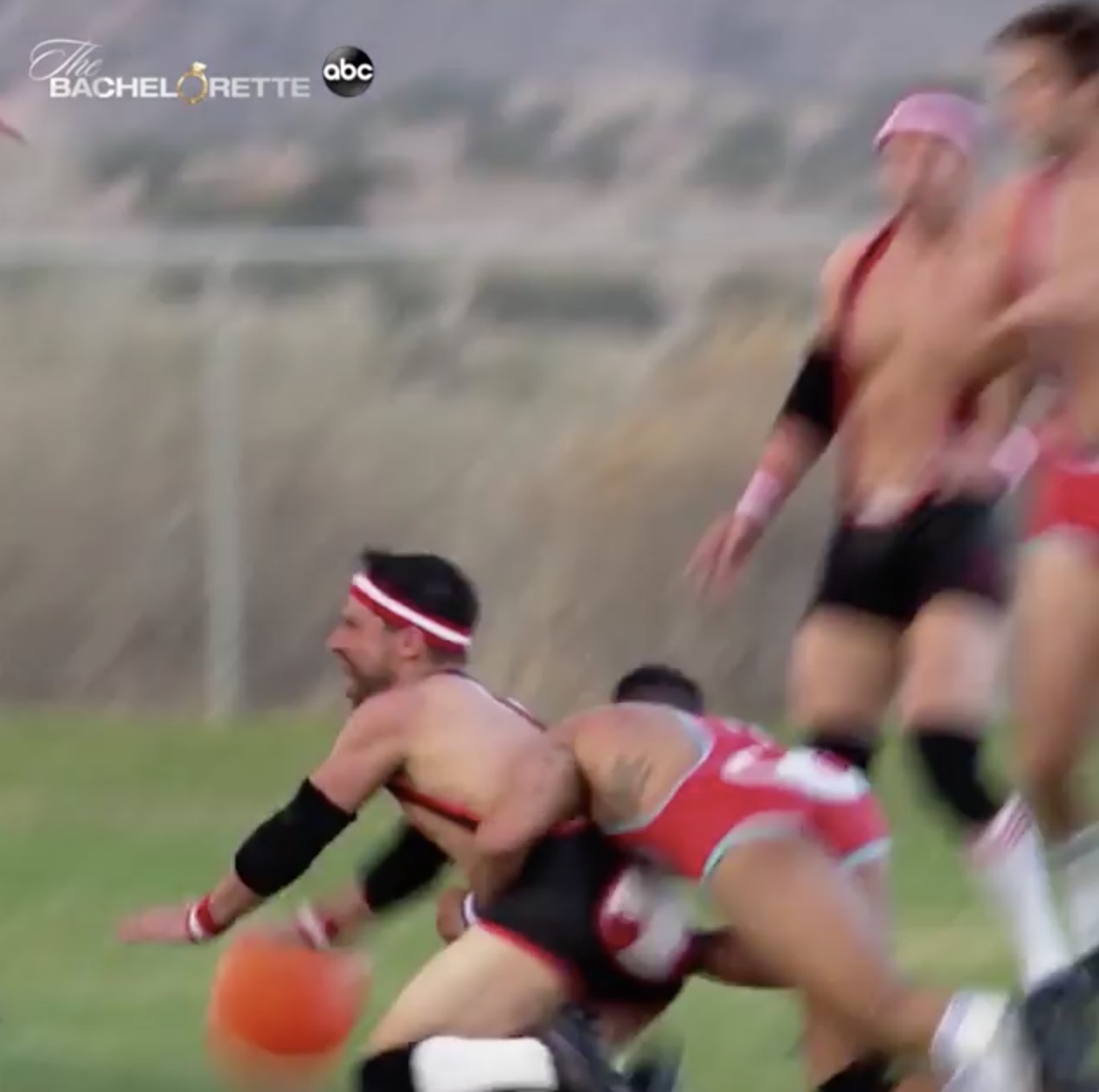 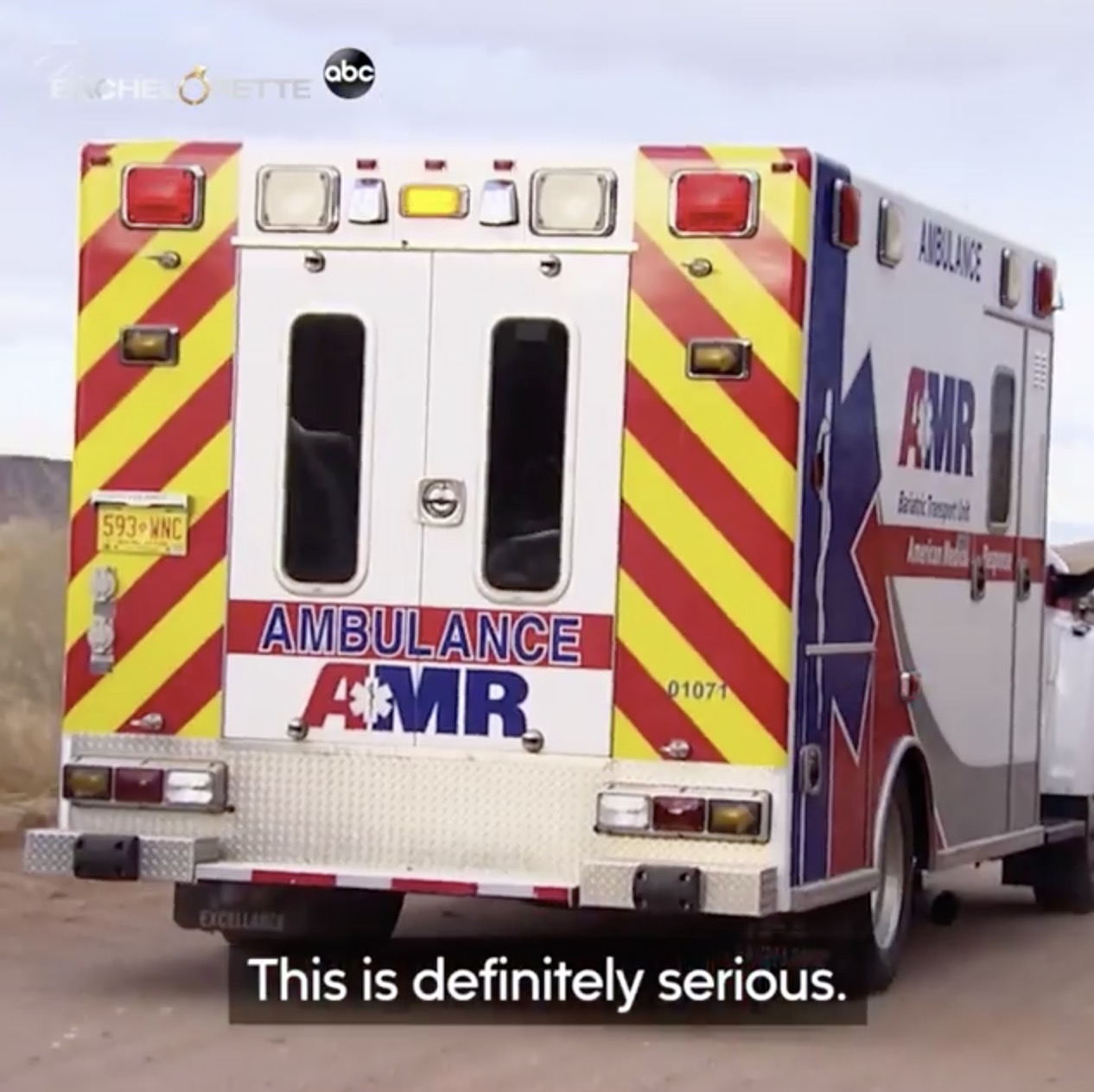 Katie, sitting at the judges table, watched as it happened and quickly covered part of her face with her hands in shock.

A medic was called and all of the Bash Ball players rushed to the injured contestant’s side, and later an ambulance was called to rush him to the hospital.

“This is definitely serious,” one of the men said after the tackle.

The trailer showed Katie running toward her suitor, wanting to check on him. 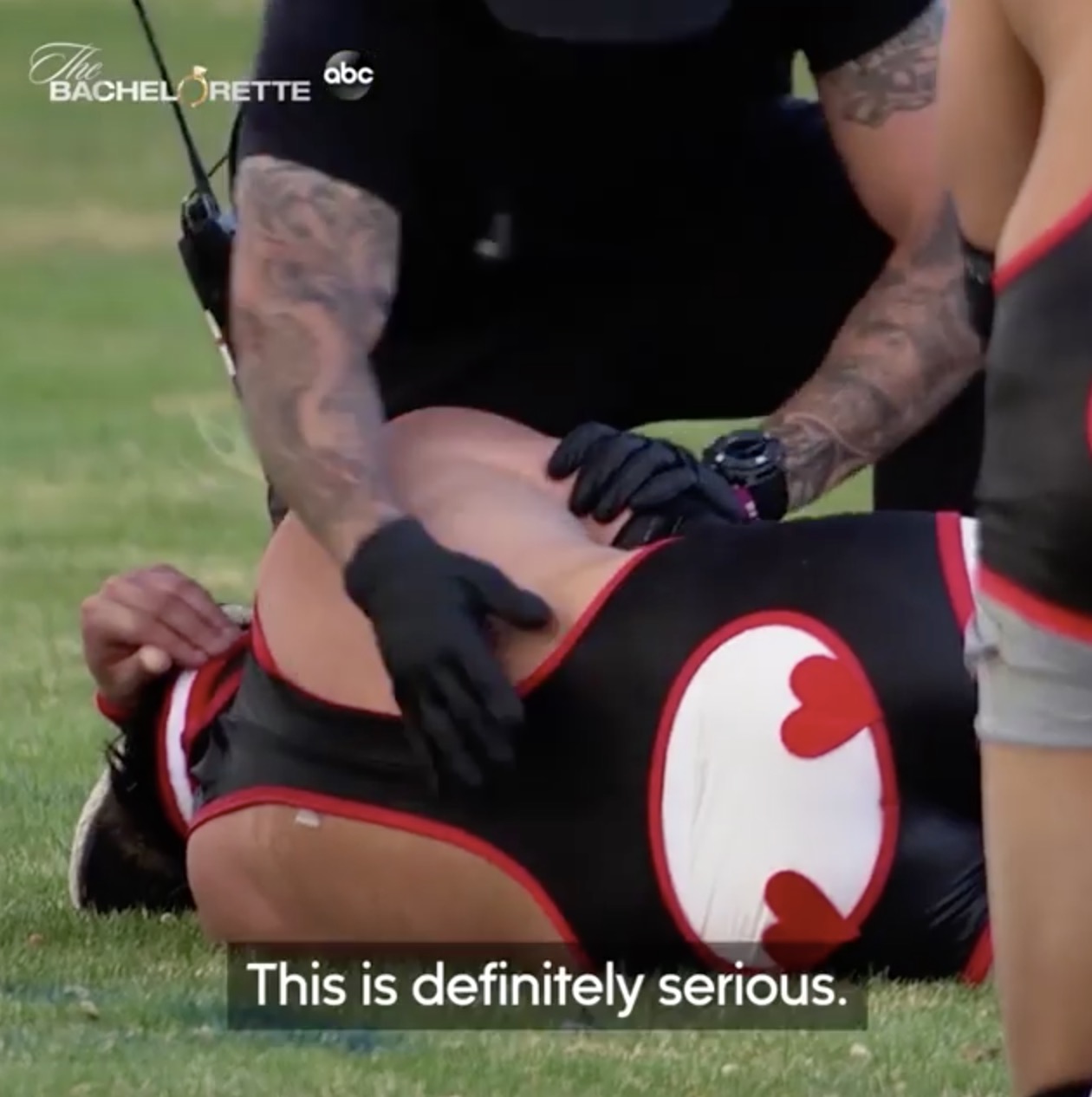 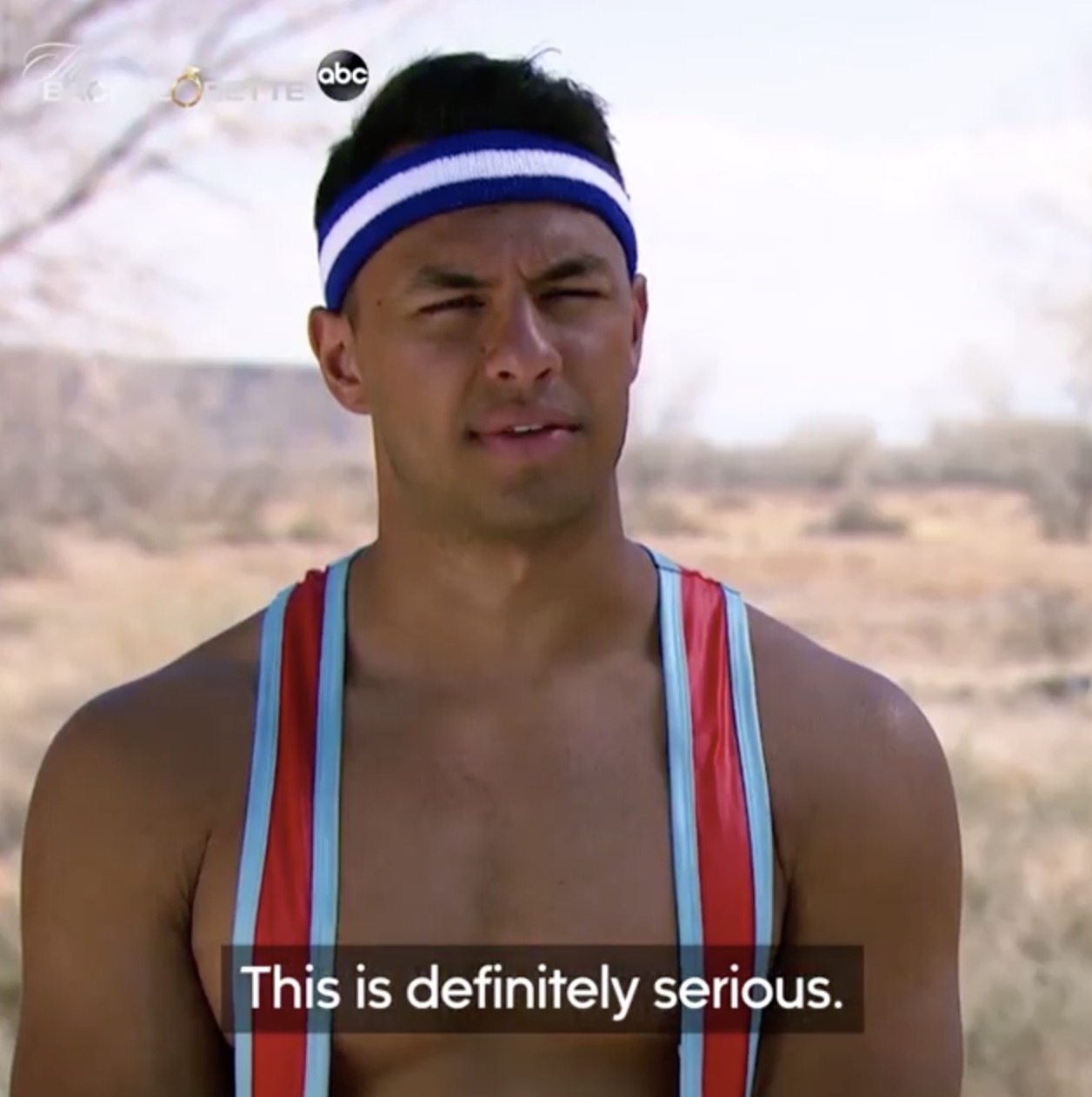 The Bachelorette Instagram account teased alongside the clip: “There’s going to be more than just heartbreak when Blake [Moynes] joins #TheBachelorette TONIGHT at 8|7c on ABC.”

Last week, the handsome suitor made a shocking comeback on the ABC dating show after previously trying to find love with both Tayshia Adams and Clare Crawley.

Former Bachelorette and current host Tayshia had an emotional sit-down with Katie, 30, where she revealed that “someone from her past” reached out to her about the Washington native. 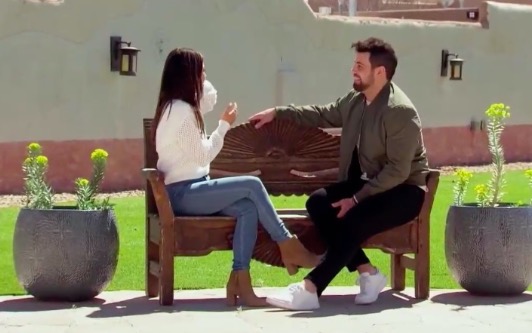 “He cannot stop thinking about you and I know he’s ready for marriage,” Tayshia gushed of her ex.

As Katie began to cry, she was told to go outside to see what man the host was referring to and found Blake waiting in a green bomber jacket.

She appeared surprised to see him and even admitted he was the “last person” she ever thought would join her season.

Katie admitted she was “concerned” about being the third Bachelorette Blake has dated, and fans agreed as many slammed his “unfair” show return.

However, Blake assured her that he was there for love, explaining: “I would regret forever if I didn’t do this.

“I promise you if it came down to the end and we connected the way I think, we would be engaged at the end of this. I won’t disappoint you, that’s not me.”