With “Mulan” arriving on more platforms October 6 and non-premium VOD titles like “The Witches” and Amazon’s “Borat Subsequent Moviefilm” later this month, the home-viewing market was on pause with no new premium titles this weekend. That didn’t stop Jessica Chastain’s “Ava,” however: It had the best showing for a non-premium title in the six months we’ve covered weekly VOD performance.

The $6.99 female-assassin action film, which debuted September 25, placed #1 at the three transactional sites (AppleTV, Google Play, and Spectrum) and second at FandangoNow, which lists by revenue. Other recent titles like “The Outpost,” “The Tax Collector,” and “The Silencing” have thrived for multiple weeks, but none topped the charts for two weeks.

Beating out “Ava” at FandangoNow, thanks to its $19.99 price point, is “Antebellum.” In its third week, it’s also #2 at Spectrum. It fell off Apple TV and Google Play, even with less competition among premium titles.

“Alone,” budgeted far lower than either of those mid-range films, continues its strong presence in its third week. It placed on all four charts, led by Spectrum at #2 and FandangoNow #3. The intrepid IFC has moved on from strong drive-in success over the summer to its genre roots as an early pioneer in VOD releases.

Six new releases entered the charts. “Then Came You,” starring and written by Kathie Lee Gifford as a widow who finds love by taking a trip she planned with her late husband, is in fifth place on two charts. Also with two placements, though lower, is “Death of Me,” a thriller that stars Maggie Q and Luke Hemsworth as a vacationing couple who become suspicious of each other. 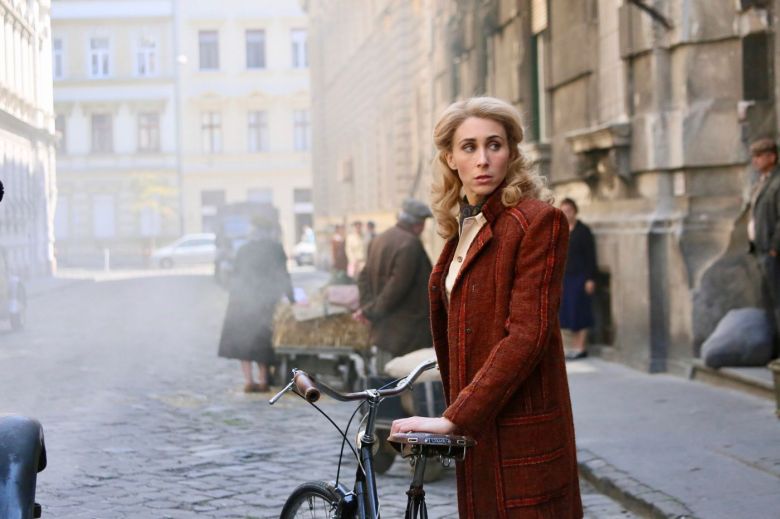 AppleTV, which often shows new titles doing well at earlier stages than other platforms, reflect three films that aren’t on other charts. “Archive,” a sci-fi AI thriller, is #2 with standard pricing; it debuted on VOD in July. “A Call to Spy,” a 2019 festival title about the British military recruiting women as spies during World War II, is #4, and Australian sci-film “2067” is #6.

The other new title lurking is “Welcome to Sudden Death,” a decades-later sequel to Jean-Claude Van Damme’s “Sudden Death.” It’s #7 at FandangoNow. Of note: It received a same-day release on Netflix, where it is #6.

The new #1 at Netflix, replacing “Enola Holmes,” is another original, this time a documentary. “American Murder: The Family Next Door” hit the top spot on its first day, and stayed there for several since. Two more new originals, comedy “Vampires vs. the Bronx” and “You’ve Got This” from Mexico, placed lower on their list. There’s more cross-platform success with Rod Lurie’s “The Outpost,” which turned up at Netflix after strong VOD play; it’s #2.

Of note: The Netflix remake of “The Boys in the Band,” the new film that received the most media attention, placed on the list for only one day, and at #10. This is the latest prestige item for the service, but it could be a long-term library play.

Ranked by number of transactions, with position as of Monday, October 5

Ranked by revenue accrued not transactions, for September 28 – October 4

Ranked by transactions for September 25 – October 1; all $6.99 except as noted

8. The King of Staten Island (Universal)

Ranked by number of transactions, with the daily position as of Monday, October 4

Sign Up: Stay on top of the latest breaking film and TV news! Sign up for our Email Newsletters here.