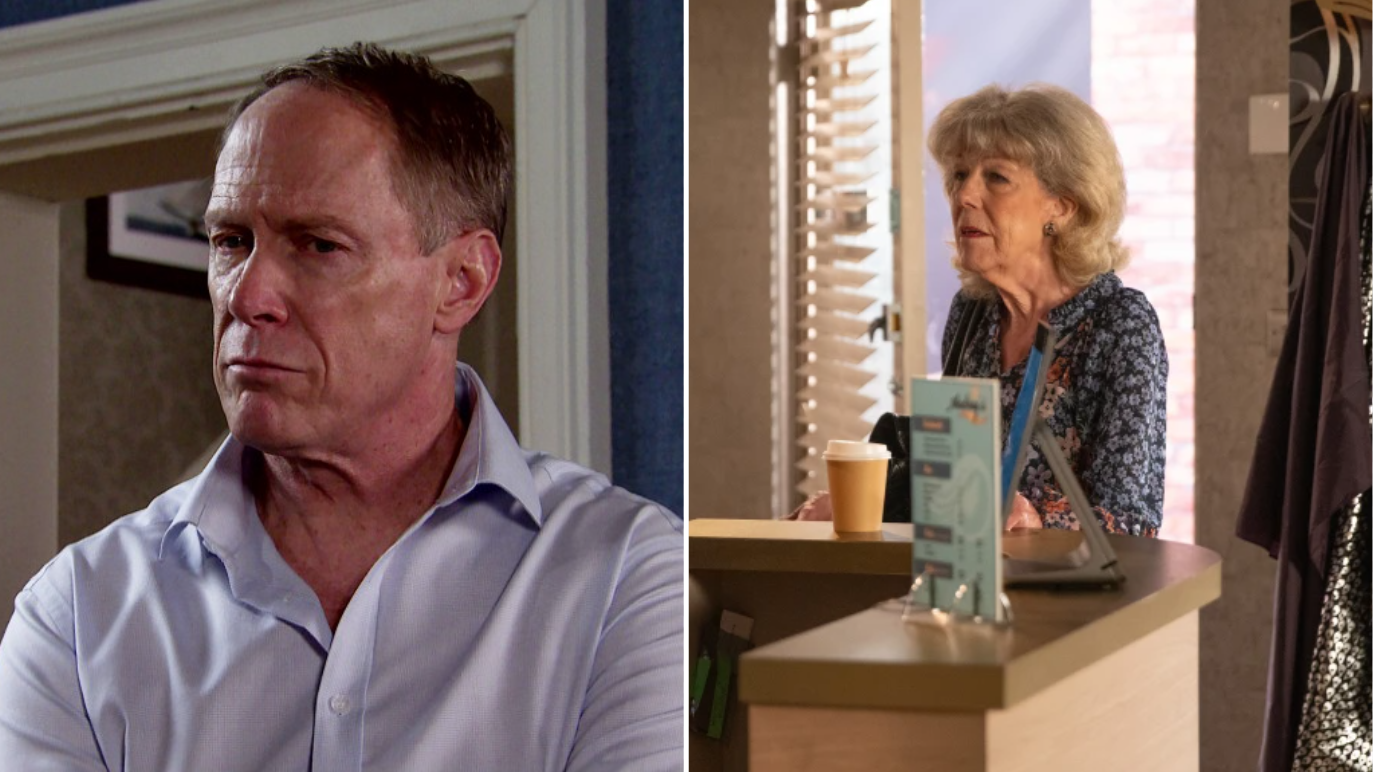 The walls are closing in on Stephen Reid (Todd Boyce) in Coronation Street episodes to be aired soon, and he takes drastic action – with his mum, Audrey (Sue Nicholls), the target of his evil plans.

With Gabrielle (Helene Maksoud) putting pressure on him to get her money back, Stephen is desperate for cash.

He tells Nick (Ben Price) that sending Sam (Jude Riordan) on a cruise with Audrey mightn’t be a good idea, because he thinks she’s drinking again.

Of course he’s completely made this up and the real reason is that Stephen has no way to pay for a cruise, not even with his new job as a fast food delivery driver.

Nick insists that the cruise is a great idea and just what Sam and Audrey need. Stephen then has to go to plan B, and he takes Audrey’s antidepressant pills from her bag and crushes them into powder.

He invites Nick and Audrey to join him in the Rovers to discuss the cruise, and while Audrey is at the loo he takes out the crushed tablets, ready to pour them into her drink.

Is Audrey about to become sinister Stephen’s next victim?