Antiques Roadshow series 41 went to Buckfast Abbey in Devon, where expert Bunny Campione picked out her favourite gem; two Peter Rabbit Steiff bunnies. But, when she took a closer look at the stuffed animal, she noticed it’s condition and this affect its price tag.

“So we’ve got two well-loved rabbits here. Do tell me how you got them and why,” Bunny asked.

“I’ve been collecting Beatrix Potter for the last 30 years and it’s really become a bit of an obsession,” the lady said.

“So what did you pay for these?” Bunny continued. 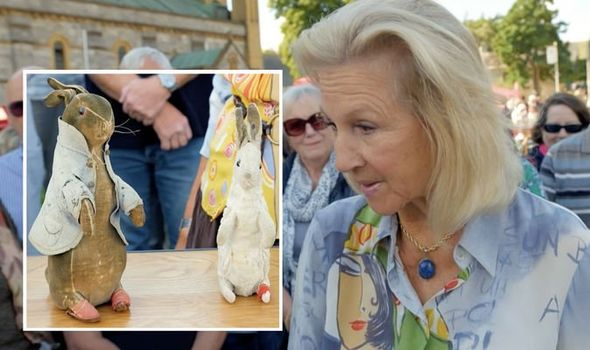 “Well, that’s very interesting for me because being called Bunny, I actually collect rabbits!” Bunny remarked.

“So, start with this one [brown Peter Rabbit], he’s about 1905, with a Steiff button and lovely boot button eyes and his original slippers.

“This [the coat] would’ve been much bluer, a darker blue, his waistcoat,” she added. 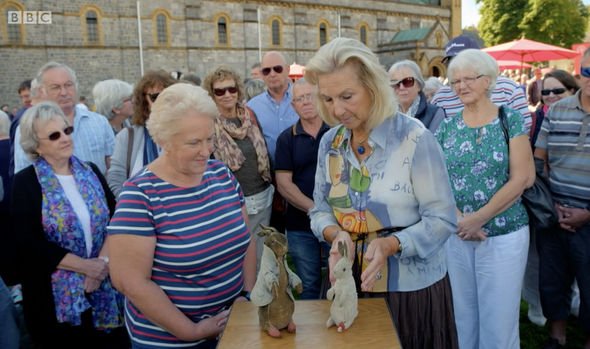 “And then we’ve got an older one and these were incredibly rare.

“Steiff only made very few of them with lambswool covering. 1903 onwards, this one has got a button with a Steiff mark on it, and the early, early ones of 1903 were a blank button. 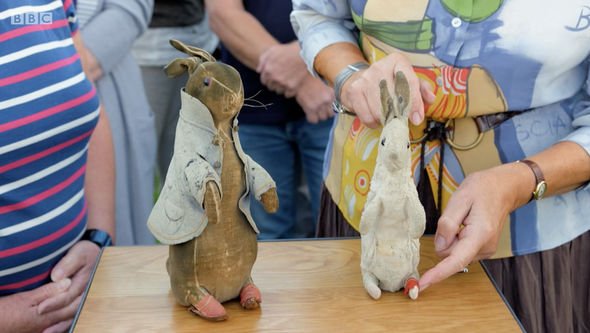 “He’s got the remains of a little slipper – so well done you or spotting it, not everybody would spot a Peter Rabbit online, because he could just be an ordinary old rabbit.

“It just shows how condition is really important,” Bunny said. “So he should have a voice – can I try?”

She picked up the smaller Peter Rabbit and squeezed its middle, and a squeak sounded: “Yes, you’re right you are worth a lot more money if you were in better condition!” She said to the bunny directly.

Antiques Roadshow is available to watch on the BBC iPlayer now.