AMANDA Holden flashed her tanned legs and almost more than she planned in a risque video.

The 49-year-old star was walking into the headquarters of Heart, where she hosts a radio show. 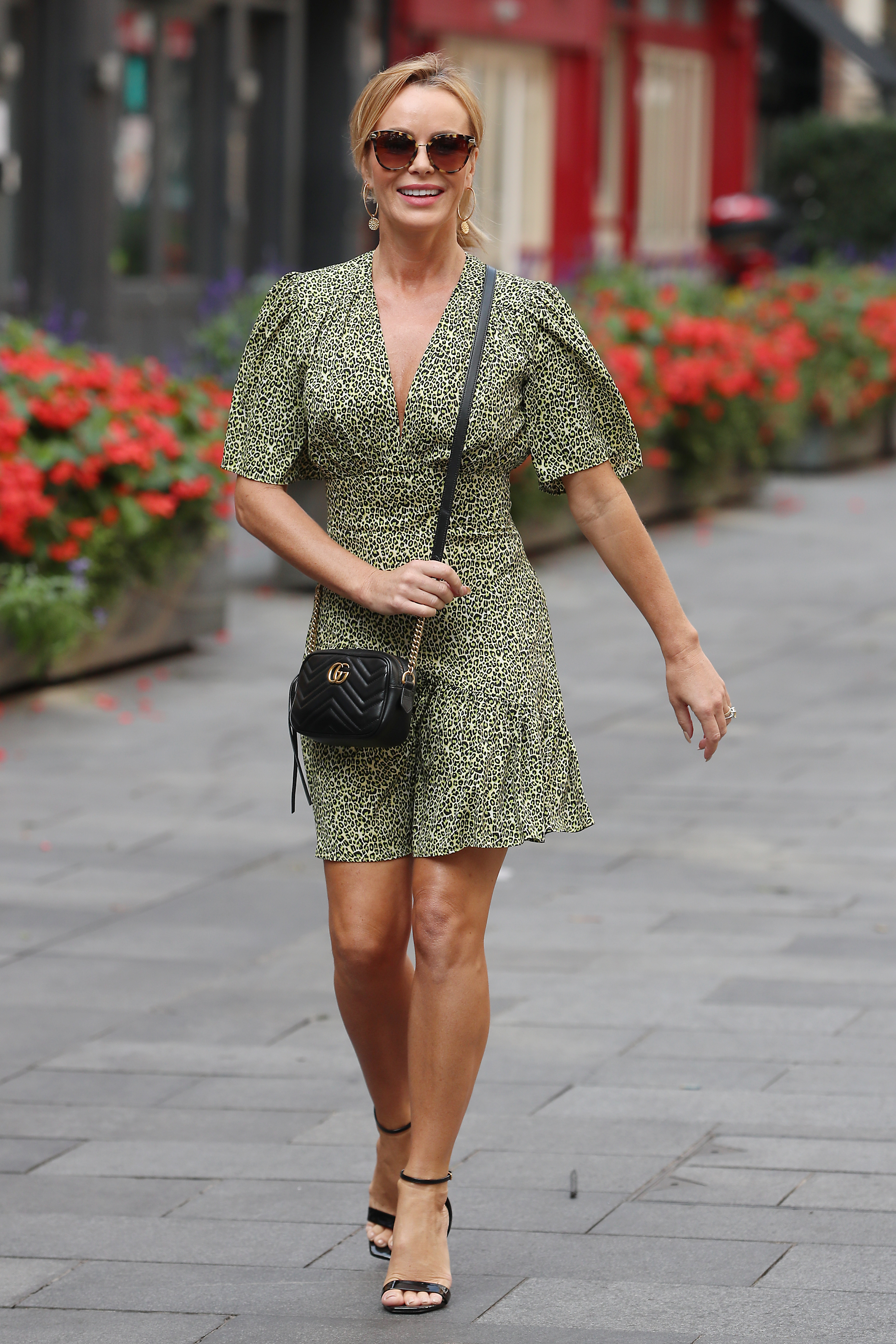 She chose to pull her blonde hair back in a low bun and finished the look with gold hoop earring and black heels.

Her ever trusty black Gucci shoulder bag was draped over to one side as the presenter glided into the Heart studios.

Wanting to show off the dress and her amazing legs again, Amanda, almost gave her fans more than they bargained for in a risque Instagram post. 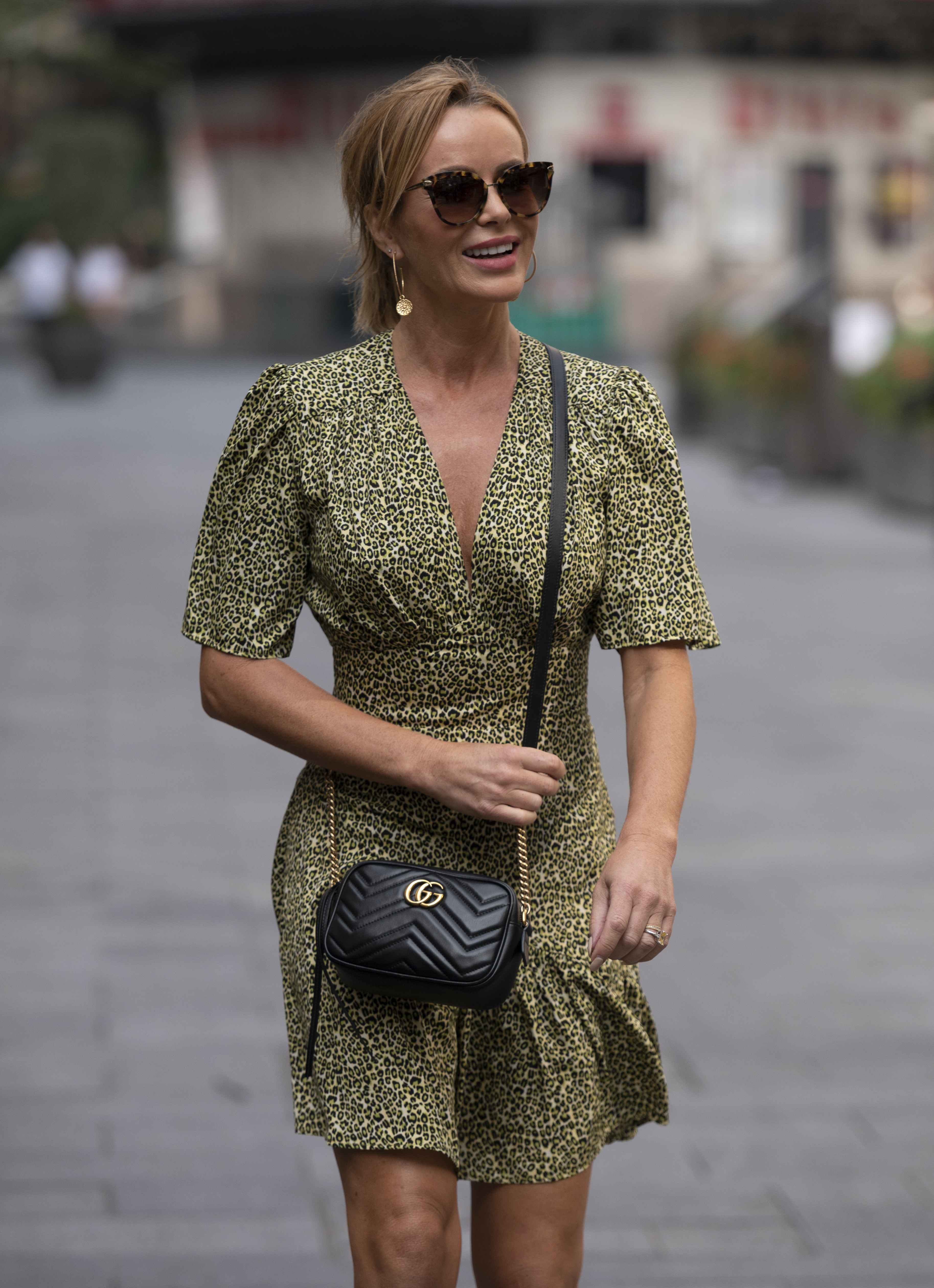 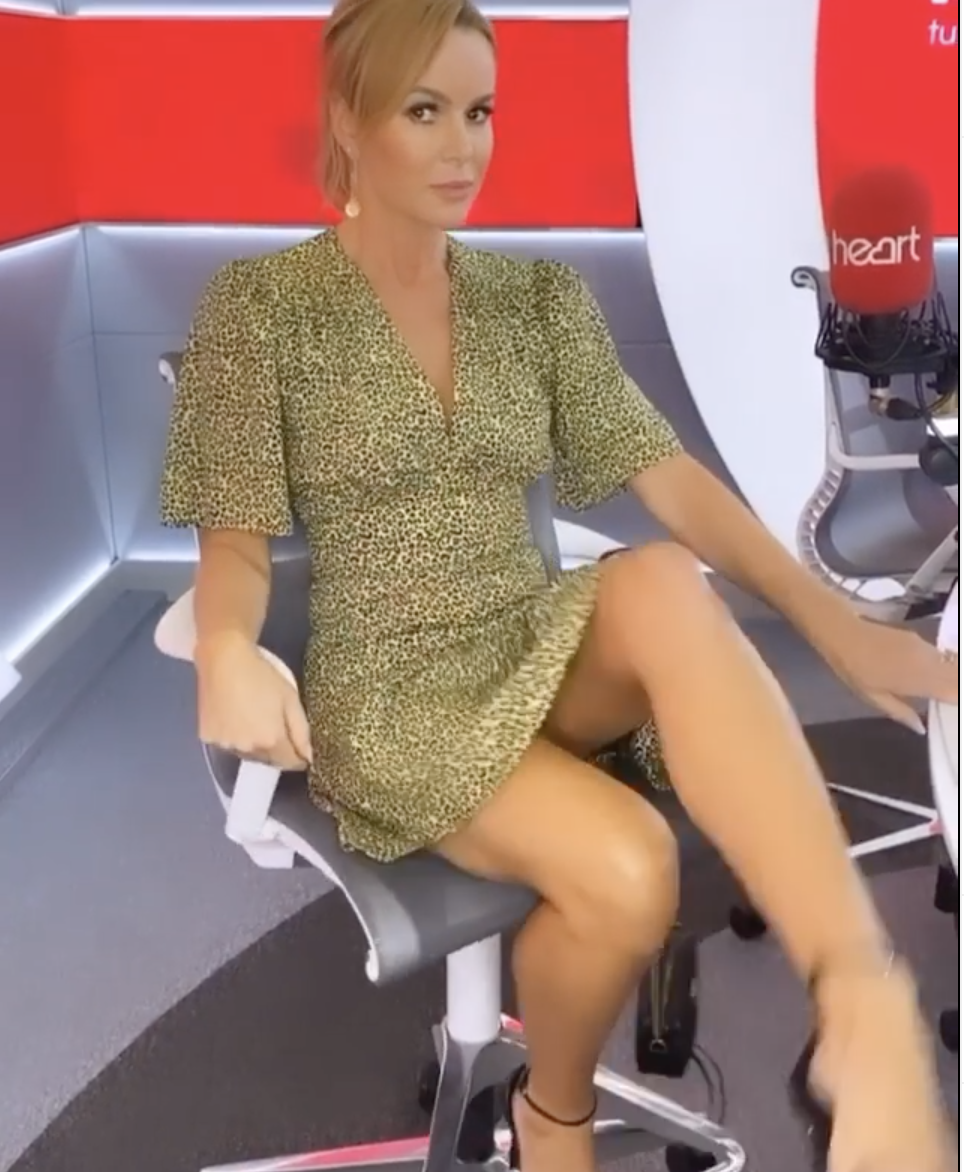 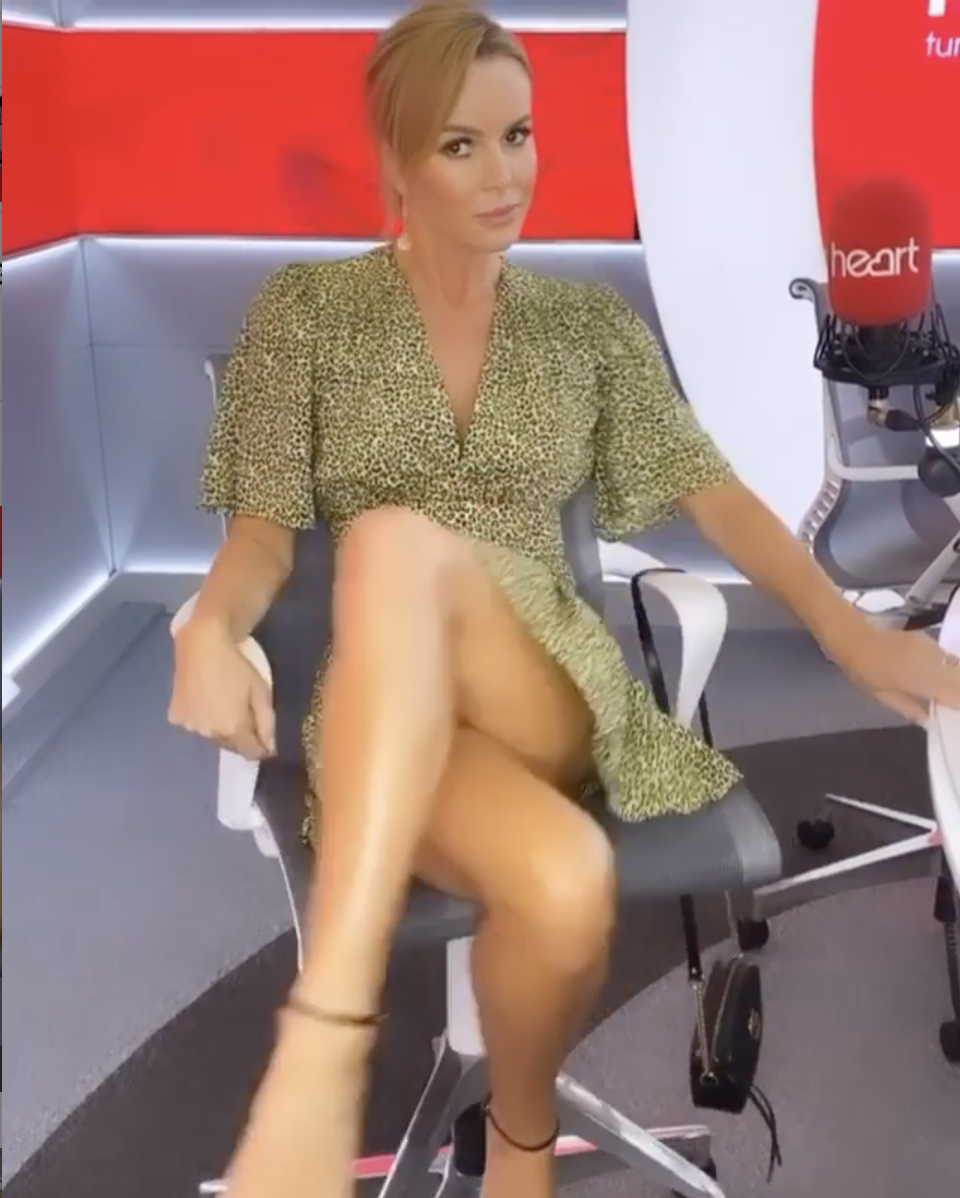 The mum-of-two swivelled around in her host's chair while crossing one leg over the other.

The racy post got fans hot under the collar with one commenting, "that’s a close call 😂😂😂🔥🔥🔥"

Another alluded to the famous Basic Instinct leg crossing scene: "Even sexier than when Sharon Stone did it."

Her leggy display comes after as she spun around and almost revealed all again in a floaty white dress yesterday in the Heart offices. 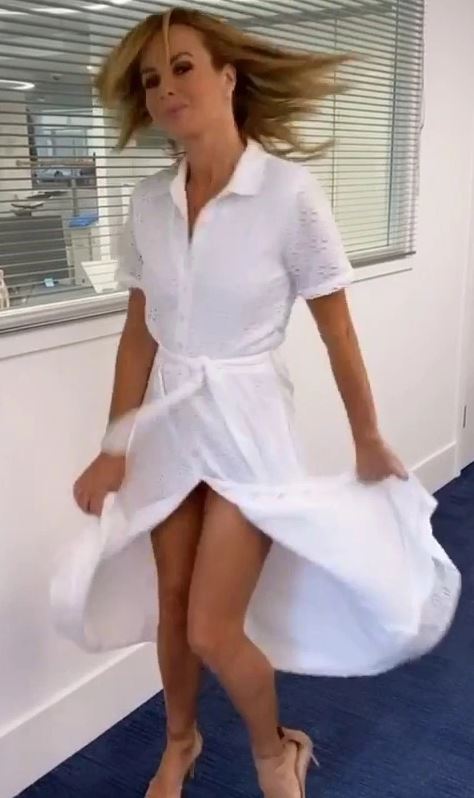 Britain's Got Talent judge Amanda channelled Marilyn Monroe as her dress billowed up around her today.

She posted the video on Instagram, telling fans she was "spinning into Tuesday".

But one warned her: "Careful, almost flashing 🐱🤣."

Others piled on the praise in the comments section saying she was "stunning", raving: "Love that dress." 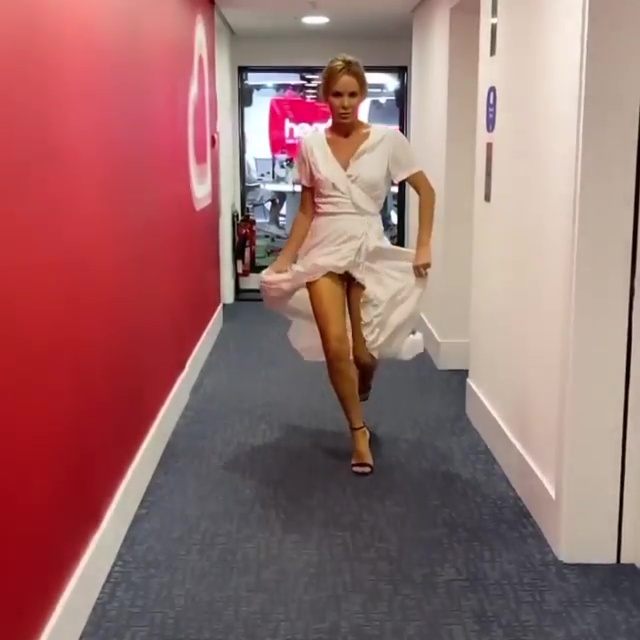 The former actress is infamous for her revealing gowns at her other job as judge ITV talent show, Britain's Got Talent, and the first of this year's semi-finals was no different.

Amanda – who is acting as head judge in Simon Cowell's absence – had a grand entrance, popping out of a raised platform as Ant and Dec sang a jazzy opening number.

She revealed her low cut metallic gown, which featured an open weave and thigh high split.

When she took her seat at her judging desk, Amanda also revealed the gown had a large open back, flashing even more flesh. 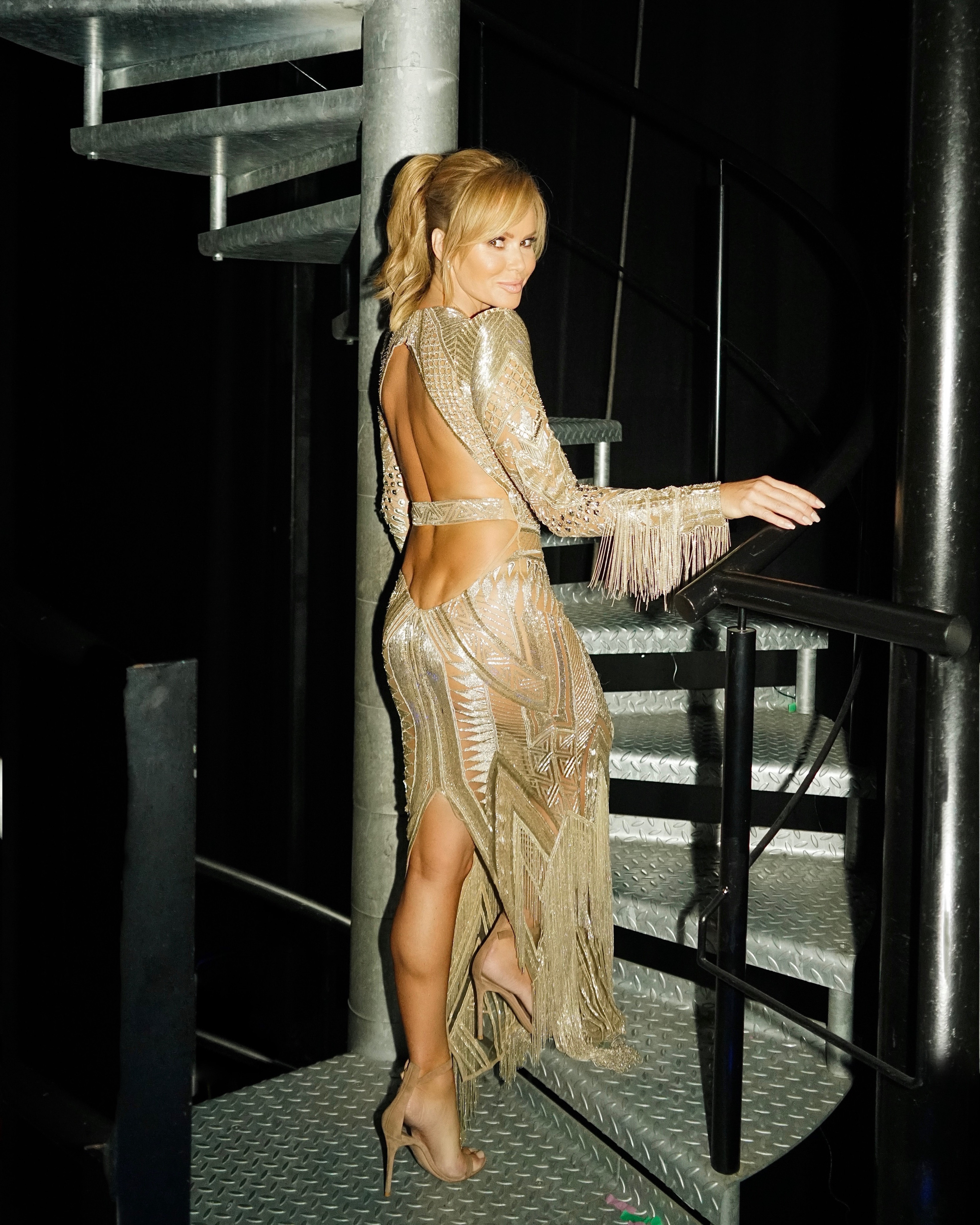 Asked by Ant and Dec how she felt about the show being back on our screens after many months of delays due to the coronavirus pandemic, she replied: "Oh my goodness it's so exciting.

"I think it's what as a nation we need, we need Saturday night's to feel normal again and Britain's Got Talent is the best way for everyone to get that in their lives." 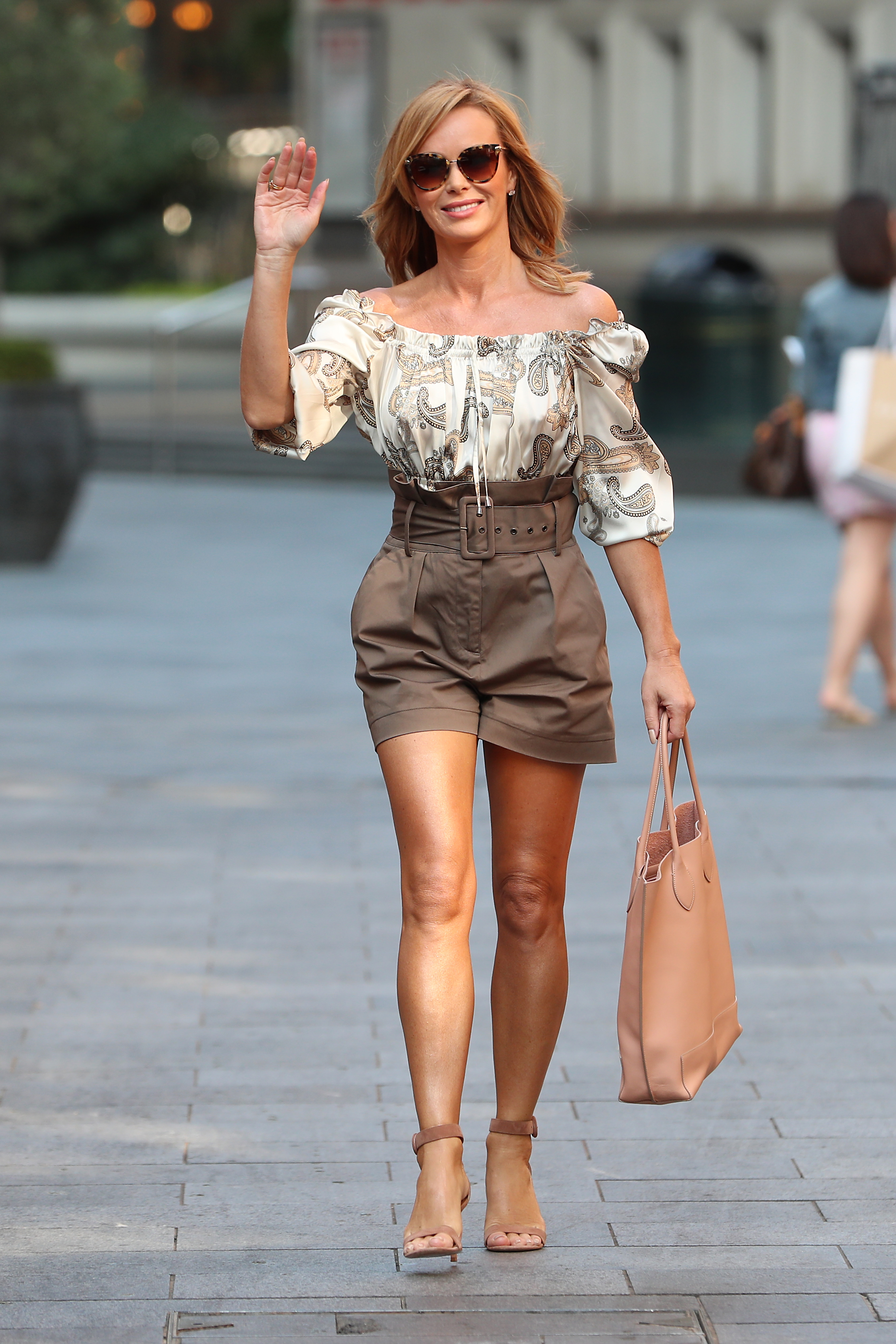 It's been a busy week for Amanda, who joined in the row over Diversity's Black Lives Matter dance on Britain's Got Talent last week.

Complaints over the performance, which saw a white cop kneeling on Ashley Banjo have reached 23,308 according to figures from TV watchdog Ofcom. 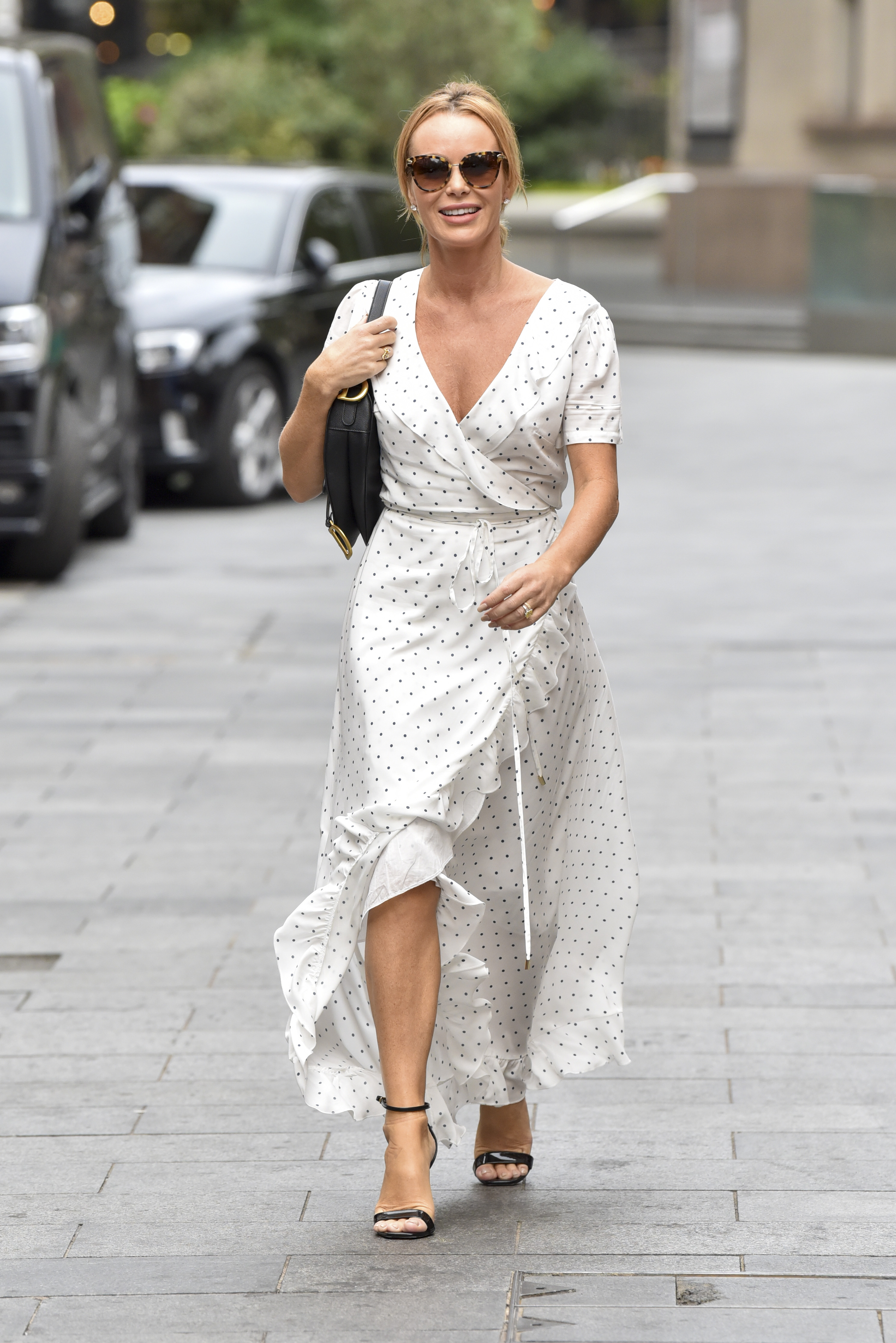 She said she backs Ashley, who is standing in for Simon Cowell while he recovers from a back injury "100 per cent".

Amanda said: "It is extraordinary. I think the number of negative complaints means this conversation is right and needs to happen.

"What hasn’t been reported is the positive response – hundreds of thousands of them. We stand by them and stand by Ashley Banjo 100 per cent."