Alex Scott, 35, is best known for hitting the back of the net on the football field and most recently, being a pundit for all manner of television sporting events on the BBC. Earlier this year, the former Strictly Come Dancing star announced she was in therapy after receiving a torrent of racial abuse on social media. The sports pundit has spoken about her ordeal before but ahead of Mental Health Day this weekend, the presenter spoke to her The One Show co-host Jermaine Jenas, 37, about the impact the trolls have had on her.

Jermaine said to Alex as he approached the emotional subject: “On a serious note, I wanted to talk to you on the whole mental health thing.

“Because I know, one of the very first shows you and I worked on – Football Focus on the BBC – you were getting trolled at that particular time.

“I was completely unaware you were right in the eye of the storm at that point,” the sports pundit continued, before adding he was “very protective” of his friend after discovering she was being trolled.

“I didn’t get at that time how tough things were for you,” he commented before his co-host opened up about her struggles.

“I think what we’ve heard and everyone speaking out about it now, I was trying to hide it,” Alex admitted. 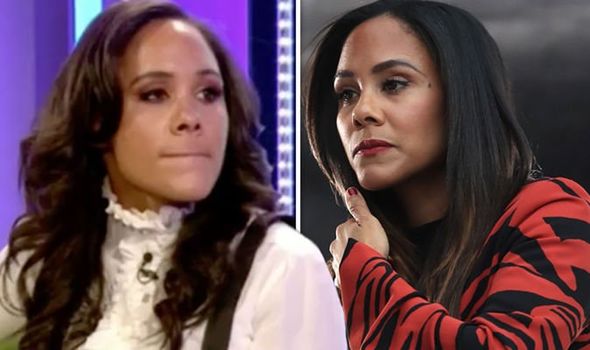 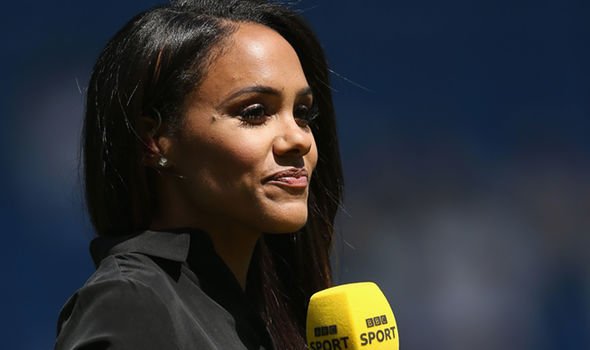 The former professional footballer added: “I was trying to be brave and put on a brave face but I was really struggling.

“I know it’s now been documented about my mental health issues and it was a really tough time,” she said, referring to the therapy she had been receiving for the abuse.

Offering some advice to viewers at home, Alex explained: “I think the message from me is, it’s okay not to be okay.

“Everyone goes through different things and it’s a way of dealing with it and I have to thank people who still reach out to me and show their support and friends and family who check-in.” 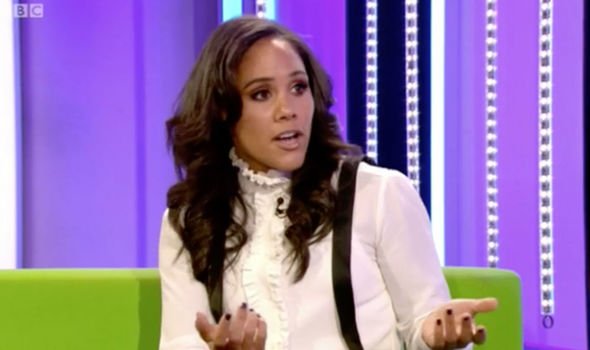 It was a really tough time

“But there are so many different ways that we can improve our mental health,” she continued, quoting exercise as a way to destress.

After seeing Alex talk about her struggles on-screen, those watching at home took to Twitter to applaud the presenter for being so candid.

One wrote on the social media platform: “Love Alex Scott on #TheOneShow,” as another added: “Nice to see Alex on the green sofa for the first time in a while! #TheOneShow.”

Whilst a third commented: “Delighted to see @BBCTheOneShow focussing on #WorldMentalHealthDay on [Friday’s] episode.”

It was at an event to mark International Women’s Day in March, Alex spoke to a group of 135 schoolgirls on the impact trolling had on her.

The presenter admitted seeking therapy was the “best thing” she could have done to combat the hardship she was facing.

“I would say I’m still on a journey. I’m still in therapy so I’m still learning how to communicate with my emotions more,” she said.

Speaking in another interview, the former Strictly star said she had received “death threats” when she took up her presenting role.

“I had the lot. But I’m still standing,” she told The Mirror and the trolls haven’t deterred the sports star from climbing to the top.

According to source reports, Alex is the favourite to replace Sue Barker, 64, as the new face of A Question Of Sport.

According to Ladbrokes bookmakers, the presenter’s odds of taking on the role stand at just 2/1, with no other name in the running.

Spokesperson Alex Apati said: “Alex Scott is one of the best pundits in the country right now but the odds suggest she may soon be turning her hand to presenting.”

The One Show airs weeknights at 7pm on BBC One.