Following its absence from the television schedule last night, The One Show returned to its 7pm slot this evening with a star-studded line-up. Joining Alex Jones on the sofa was guest presenter Amol Rajan as the pair discussed with guests Alison Steadman and Ron Howard all about their upcoming work projects. However, when Alex turned her attention to Alison’s new film 23 Walks, the Gavin and Stacey star sent the BBC host backtracking.

Alex, Amol and Alison had just finished discussing how refreshing it was to see older actors land new roles across the world of television and film that may have not been available to them in previous years.

The One Show’s Alex then decided to discuss 23 Walks, as she quizzed the actor: “Your new film 23 Walks is of a similar ethos as it’s a romcom,

“(It’s) about two, sort of, a man and a woman who are a bit older falling in love on a dog walk, isn’t it? That’s essentially what happens.”

However, Alison was quick to shut down Alex’s line of questioning and keep some secrecy about the upcoming flick. 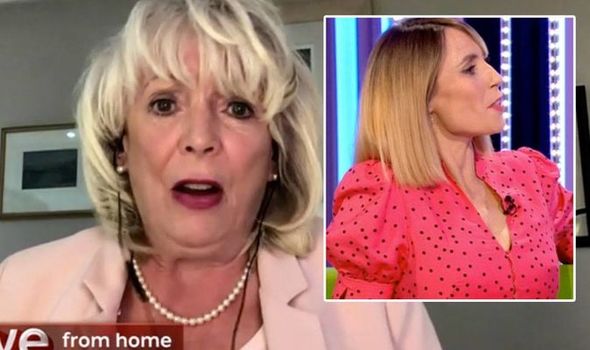 Reiterating her desire not to let too many details slip, she continued: “Again, I don’t want to give too much away.”