Whenever someone creates a show as wildly successful as Sex and the City, it’s bound to follow them with whatever they do next. That’s the deal for Darren Star, who created the now-iconic HBO show. His newest project is a Netflix show called Emily in Paris (starring Lily Collins) and while the show is delightful, I couldn’t help but wonder… do the two creations share a few major plot points? As I watched, I kept seeing things that seemed, well, familiar.

Let me be clear. I loved Emily in Paris. LOVED IT. This is by no means a grievance or a gripe or a critique. I’m just here to point out that there are some strong parallels. Very strong. Here are all the things the two shows have in common. [There are spoilers for Emily in Paris below! Proceed with caution.]

The whole concept of an American girl going to Paris.

It’s a tale as old as time, but the premise of this show is giving me major flashbacks to the sixth season of the show, when Carrie followed Petrovsky across the ocean. Thankfully, it works out a little better for Emily.

Sylvie and Enid from Vogue are basically the same person. 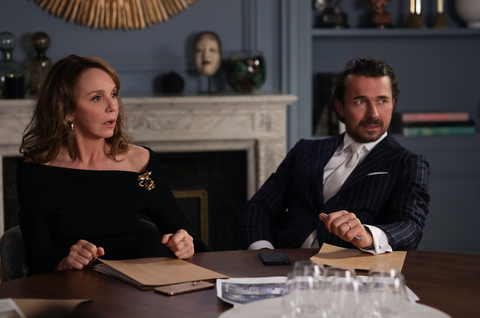 They’re both pretty unfairly cruel, but by the end of the series they turn it around to be relatively okay humans. Also! Even more specifically, Sylvie’s affair with Antoine reminds me of one conversation Enid had with Carrie about how she was dating a man who was also dating someone else. It’s unclear whether the man in question was married, but she gave that whole speech about how she had him on the East Side and he had another lady on the West Side.

The “I stepped in dog poop in Paris” plot gave me flashbacks.

How do two separate American women move to Paris and then promptly step in dog poop when they get there? How unlucky could they both be? Truly, does this happen more often than I think it does?

Let’s talk about those shopping habits.

This isn’t really one specific plotline, but both Carrie and Emily have seriously unrealistic shopping habits. There’s no way a 30-year-old marketing exec or a 30-something newspaper columnist could afford THAT much Chanel. Granted, that’s part of what makes the show so fun, but still!

The lack of taking the subway baffled me.

Emily admits early in the show that she tried to take the metro once and got majorly lost. It’s basically impossible to live in a city that big and avoid the subway, but strangely, Carrie did it too!

Carrie and Emily both experience a major Fashion Week fiasco.

Okay, remember that one episode of SATC where Carrie is asked to model for a fashion week show (totally!) and then trips while walking down the runway? Feels eerily similar to Emily having to sub in as a model at the very last minute for a charity thing (because that happens all the time, apparently!) and getting sprayed with paint as part of a publicity stunt.

Remember when Carrie hooked up with that really young guy?

And when she slept at his house she had to use a coffee filter as toilet paper because his apartment was disgusting? This is a little bit of a stretch, but that feels like a very obvious precursor to the “Emily hooking up with Camille’s 17-year-old brother” moment. 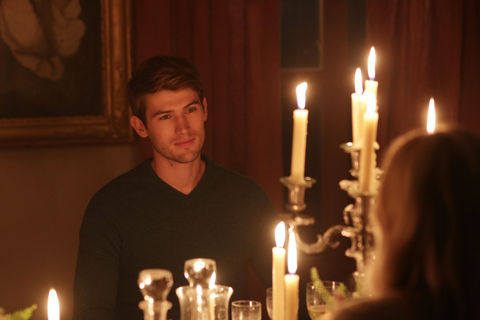 These ladies love a fancy night of the arts.

An evening at the opera for Carrie? A night at the ballet for Emily? Not exactly the same, but kinda! And along those same lines, the men they bring to those respective dates are pretty damn similar: the pretentious Petrovsky for Carrie and the even more pretentious Philosophy Professor whose name I can’t remember for Emily. 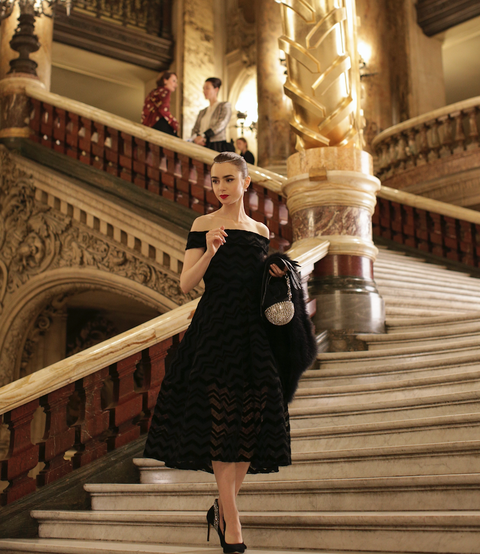 Do none of the main female characters in the Darren Star universe cook?

Carrie uses her oven for storage, and Emily can’t even make her own omelets? I honestly respect the way these women give the middle finger to gender stereotypes.