DAVIDE ZAPPACOSTA hilariously tricked fans into thinking he had missed his own mouth for a drink of water.

As Chelsea players celebrated on the pitch after stuffing Arsenal 4-1 in the Europa League final, the Italian wing-back went for some refreshment. 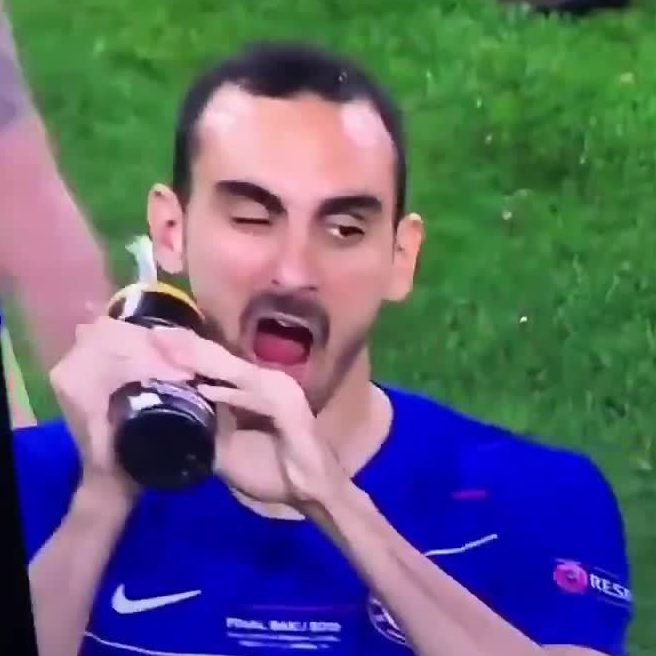 Grabbing a water bottle, he squirted it straight past his own mouth.

Some fans on social media were in stitches, believing Zappacosta had failed to find his desired target.

But if you look at the footage, the Chelsea ace has a quick shift of the eyes to his right after his party piece to see where the liquid landed.

He even appears to wink to someone before squeezing the bottle.

His likely target was goalkeeper Kepa, who is seen in the background.

But others were quick to comment that it appeared to be intentional.

Lee Brand wrote that he was "pretty sure he’s trying to squirt the keeper" and that the 26-year-old "even looks at end of video".

Most of the Chelsea players and staff ended up getting soaked moments later however as the Champagne was popped in the dressing room.

There were even reports that boss Maurizio Sarri had to take a shower after being doused in the good stuff. 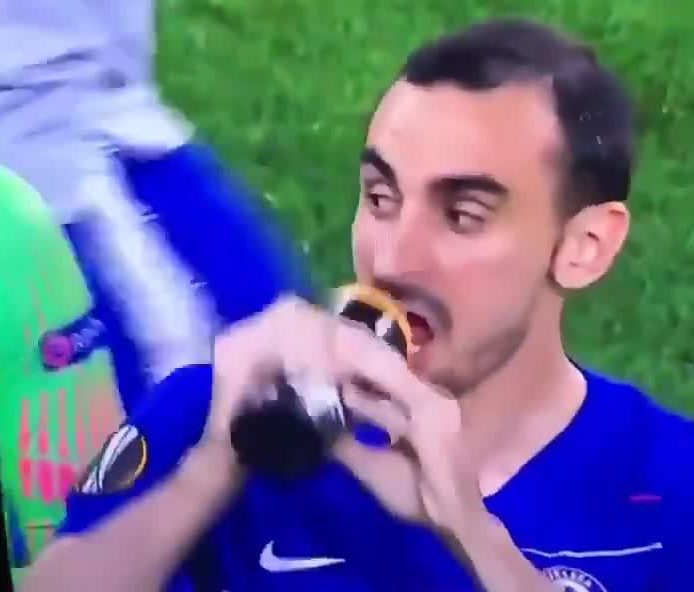