Australia captain Sam Kerr told the team’s critics to “suck on that one” after coming from 2-0 down to beat Brazil 3-2 at the Women’s World Cup.

Australia looked in danger of a second straight Group C defeat when a penalty by Marta and a header by Cristiane put Brazil in control in Montpellier.

However, goals by Caitlin Foord, Chloe Logarzo and an own goal by Monica earned the Matildas a stunning win.

“I am so proud of the girls. We knew we were in it at half-time,” said Kerr.

Kerr, the all-time record scorer in both leagues in Australia and the United States, added: “There were a lot of critics talking about us but we’re back – so suck on that one.” 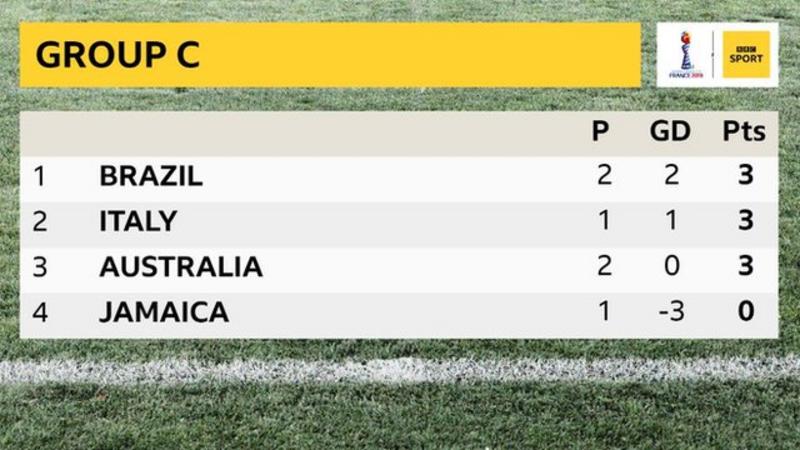 Matildas boss Ante Milicic described his side’s comeback win as “one of the finest Australian performances I’ve ever seen”.

“The players deserve all the rewards they were given tonight. They never stopped believing,” he added.

“Hopefully this brings our country together.

“As the game went on we looked very strong. Physically, we’re in great condition. Recovery is going to be important for us and then we move forward to the Jamaica game.”