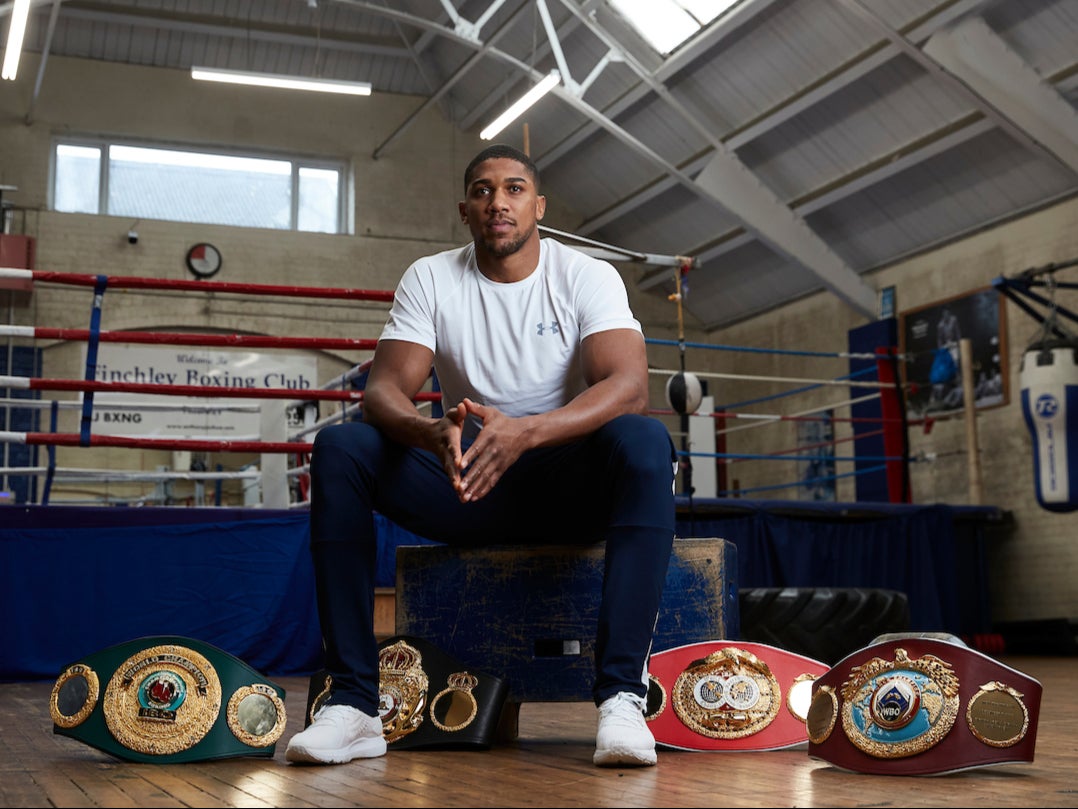 Anthony Joshua poses with his world titles at Finchley ABC

“I’ve just come off my fight with [Kubrat] Pulev last week, it’s back to reality now. All that hoo-rah and all that dancing and singing about Pulev is over. It’s back to reality and when I come and speak to the bosses at Finchley and I look at boxing there is a big issue. You know the support from the people in power is overlooked sometimes.”

Joshua’s words are in reference to the government’s announcement that 11 sports affected by the pandemic will receive a combined total of £300m in funding. Boxing, however, is not among the chosen few.

“Hopefully we can raise some eyebrows in places of power to look at the sports which have missed out,” he adds. “Sports like wrestling, swimming, athletics and let’s include boxing in that list.

“I definitely think boxing gyms will go under. It’s interesting because I feel professional boxing has found a way to survive and that’s brilliant. But without the amateur system, the grassroots clubs, there are no Olympians and without them there are no world champions in the country.

“Boxing produces some of the best athletes this country has ever seen. If me and Tyson Fury fight, which I’m sure is going to happen, it’s going to be one of the biggest sporting events in this country since the World Cup in 1966.

“Right now I’m in the grassroots gym which made me and it’s struggling. There was £300million given to sport and in grassroots sport… but £3,000 would make a difference.” 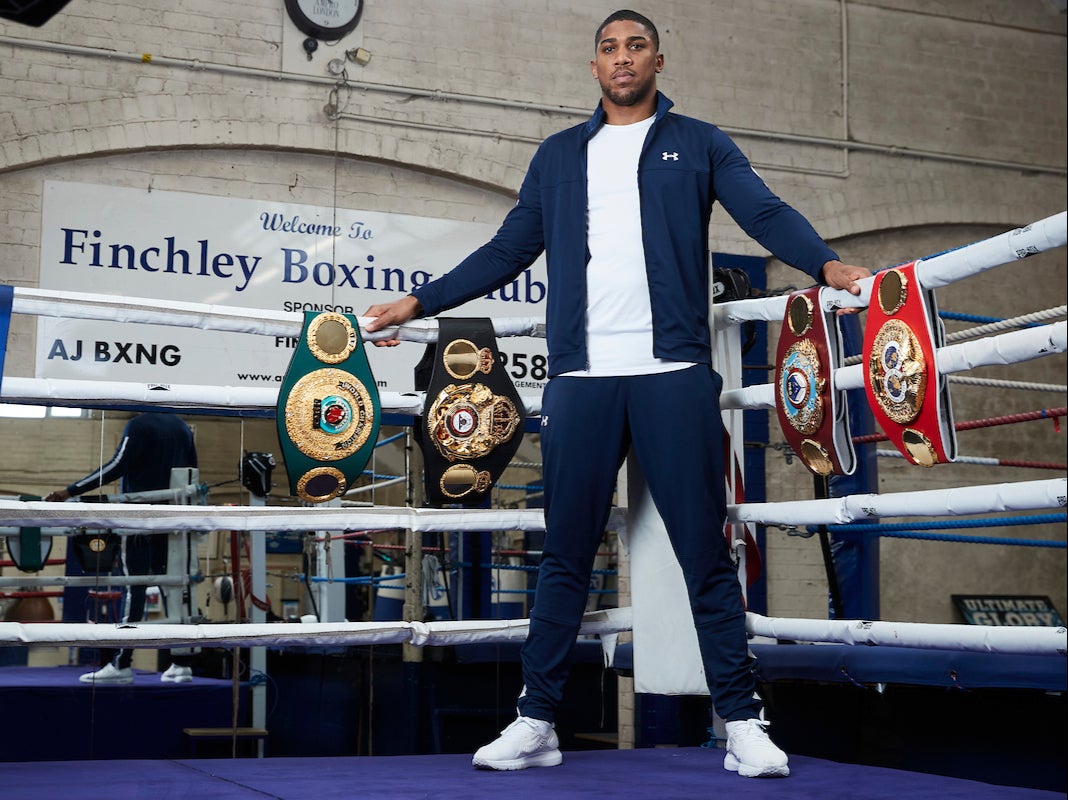 It was 2008 when Joshua first set foot in Finchley ABC, when he tagged along with his cousin Benga. He moved swiftly through the ranks and was an Olympic champion within four years. Now 12 years on he is a two-time world champion and multi-millionaire. But it could have been so different if the club was forced to shut due to a lack of income, for example.

“If Finchley had closed its doors when I had just started boxing I would probably have ended up doing time,” Joshua says.

“I remember getting kicked off the Olympic squad in 2011 and I gave up on boxing. I started going back to my local area, I started smoking again. And it was my coach Sean [Murphy] who stopped that. He rang my mum and said ‘where’s your son? He’s messing around. Get him back to the gym’.

“That shows how important it is not just to have the gyms open, but to have access to people from an older generation who can give me a sense of wisdom, a sense of belonging and guidance. That’s also important.

“You can speak to any world champions who have been role models, Vitali Klitschko has become a politician in the Ukraine, Manny Pacquiao in the Philippines.

“They go on and do great things and it all stems from grassroots sport. I’m in Finchley now, the place that made me. There’s a big connection here.

“There are so many things I want to attach my name to, but there are only so many I can do. But as boxing is something close to me I feel it is natural for me and I want to raise awareness.