CHICAGO — Lucas Giolito pitched into the seventh for his ninth straight win and Eloy Jimenez hit a pair of three-run homers as the Chicago White Sox routed the Yankees, 10-2, on Friday night.

Giolito (10-1) gave up a home run to Luke Voit in the first, and then shut down the Yankees for his eighth consecutive winning start. He gave up one run and four hits in his 11th straight outing without a loss since Seattle beat him on April 6.

Jimenez has five home runs in his past six games. He connected against C. C. Sabathia (3-4) in a four-run first and drove a shot deep to center against Luis Cessa in the sixth, giving him three multihomer games this season and two against the Yankees. He hit two in a win at Yankee Stadium on April 12. 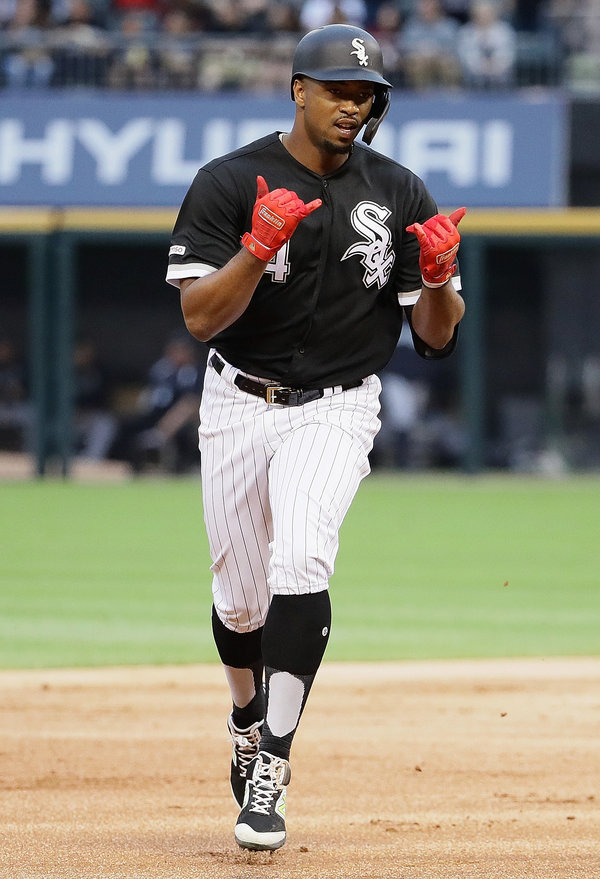 Jose Abreu had three hits, scored two runs and drove in one. Yolmer Sanchez added two run-scoring singles as Chicago won for the fifth time in six games. The White Sox are 34-34, the first time they have been at or above .500 through 68 games since 2012.

Sabathia remained stuck on 249 career victories and had his third straight losing start. He lasted four and two-thirds innings, allowing six runs (five earned) and 10 hits. It was the Yankees’ eighth loss in 11 games.

Giolito is trying to become the first major leaguer to make the All-Star team after finishing with the worst earned run average in baseball the previous season, according to STATS LLC. He went 22 innings without allowing a run before Voit drove the first pitch he saw to the batter’s eye in center field for his 17th home run of the season. But the White Sox scored four in the bottom half of the first, sending nine batters to the plate, and pulled away after that.

The Yankees’ Aaron Judge (strained left oblique) joined Giancarlo Stanton (biceps, shoulder, calf) on a rehabilitation assignment with Class AAA Scranton/Wilkes-Barre. Judge, making his first rehab appearance, was 0 for 4 as the designated hitter at Durham. Stanton, whom the Yankees transferred from Class A Tampa, started in right field and hit a three-run homer. Judge has been sidelined since April 20, and Stanton has not played for the Yankees since March 31. “We feel like they’re at a point where they’re doing well and obviously they’ve got to get through these final steps and hurdles and rack up some time here,” Yankees Manager Aaron Boone said. “But we’re starting to plan and get excited for them, hopefully joining us at some point” during a 10-game homestand that begins Monday against Tampa Bay.