Boss David Moyes needs a new forward after the sale of Sebastian Haller has left Michail Antonio as their only out and out striker. 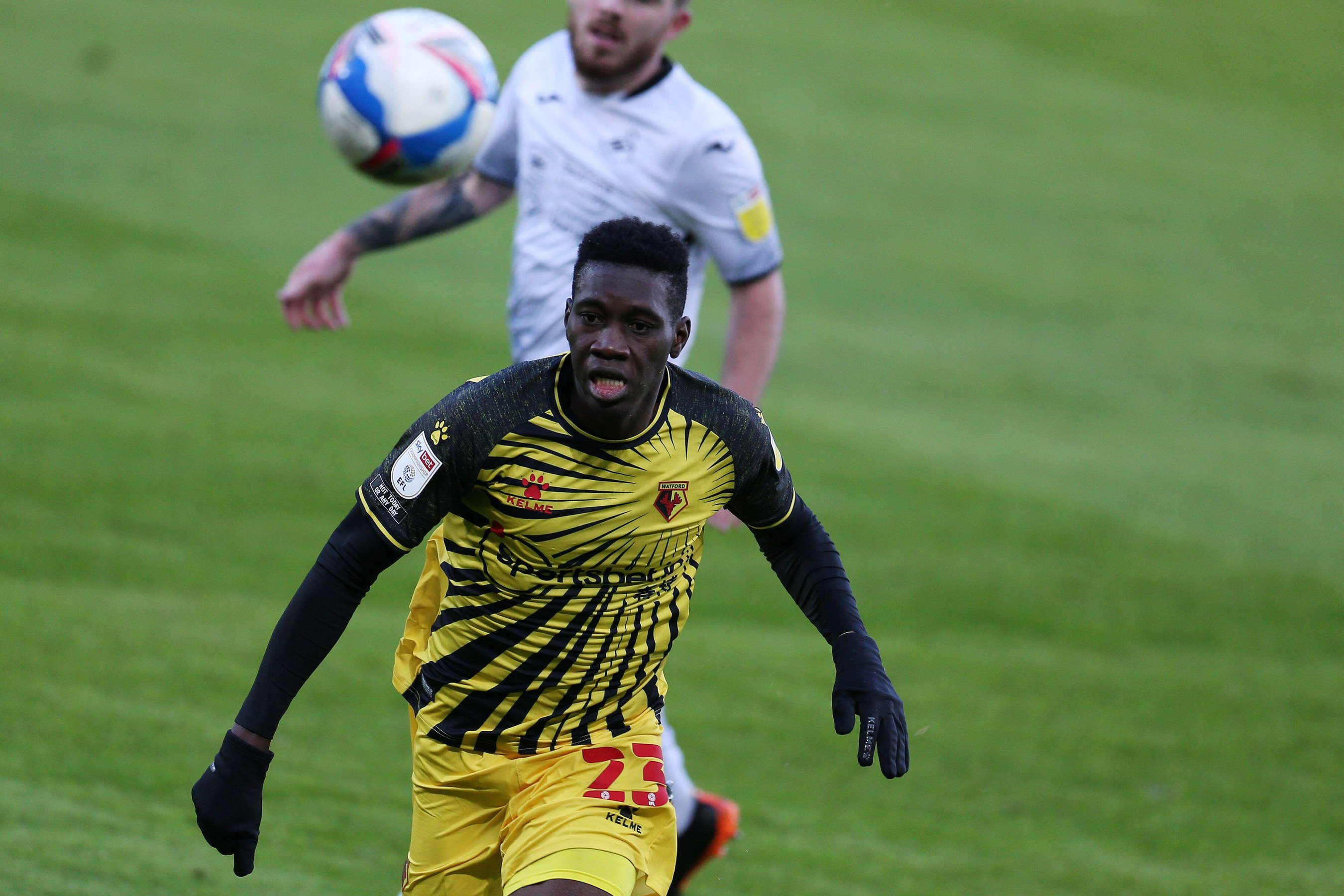 Sarr – who can play out wide or down the middle – stayed with the Hornets after relegation and Crystal Palace had an offer for him of £25m plus extras rejected on deadline day.

But SunSport understands West Ham are prepared to top those numbers and test Watford.

The 22-year-old hoped for Liverpool and Manchester United but they have not joined the auction at any stage, so it will come down to West Ham or a second move by Palace this window.

And Moyes admitted the Irons may have to play without a striker at all if they cannot land a new front man.

Asked how vital signing some soon was, the Hammers boss said: “Unless you do what Man City does, play without a number nine and you actually play even better than you’ve ever played before.

“You get in a situation, you play with a false nine and you can do that.

The Hammers are also considering Polish striker Krzysztof Piatek with Hertha Berlin willing to loan him with a view to a buy after a mixed time in the Bundesliga.

But with the side currently 10th in the Premier League, Moyes smarts at the idea of taking the cup seriously by fielding a strong side against Stockport on Monday.

He added: “You take it as an insult when someone says are you going to go for the Cup this year. Every year I’ve gone for the Cup, never once have I not gone for it.

Nothing will give me more pleasure than winning the cup.

“Nothing will give me more pleasure than winning the cup.

“Sometimes you go up against better teams, and yes, you do need to use your squad players and yes sometimes we need to use other players but all our first team players will be there.

“We might need to fill one or two spaces with some young players, but apart from that we will be going with all our players.”