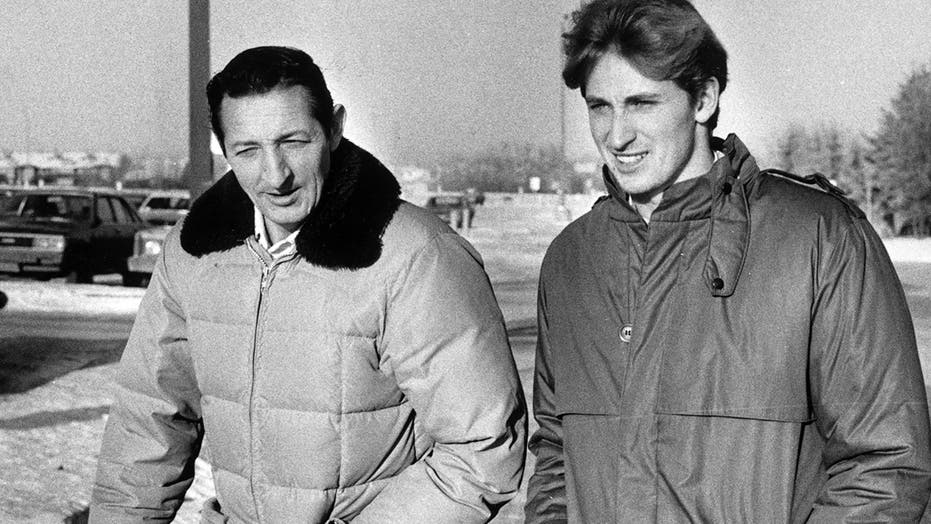 Wayne Gretzky mourned the death of his father Saturday with an emotional eulogy.

Walter Gretsky, the father of “The Great One,” died last week at the age of 82 after a battle with Parkinson’s disease and other health issues.

“But he had a love for life and he didn’t want to leave,” Gretzky said of his father. “We were 21 days sitting with him and just enjoying life. We got a chance and opportunity to tell stories.”

The former NHL superstar announced his father’s death on Thursday.

“He was a remarkable man who loved life, loved family,” the former Edmonton Oilers, Los Angeles Kings, St. Louis Blues and New York Rangers player said at the funeral. “We’d be a way better world if there was so many more people like my dad. Very special. We’re all hurting.”

“A tough time,” Gretzky said as his voice cracked. “I’m so proud of the fact that so many people have reached out and given him such great tributes, because he deserves it. He has the heart of gold.”

Walter Gretzky was a spokesman for the Heart and Stroke Foundation of Canada and was named to the Order of Canada in 2007.

In 2010, he carried the Olympic torch on the last day of the Olympic relay leading up to the ceremonies in Vancouver where his son lit the flame.