TYSON FURY is motivating his fans to 'get up and out' after raising awareness of World Mental Health Day.

The Gypsy King made a miraculous comeback to the ring in 2018 after two-and-a-half years out battling substance abuse and depression. 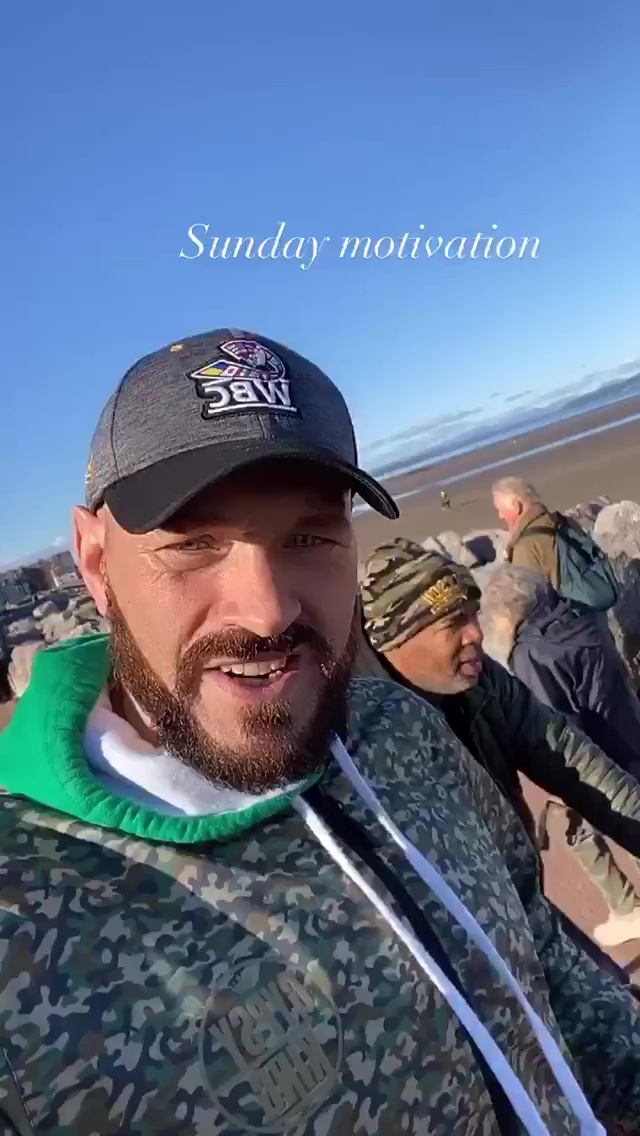 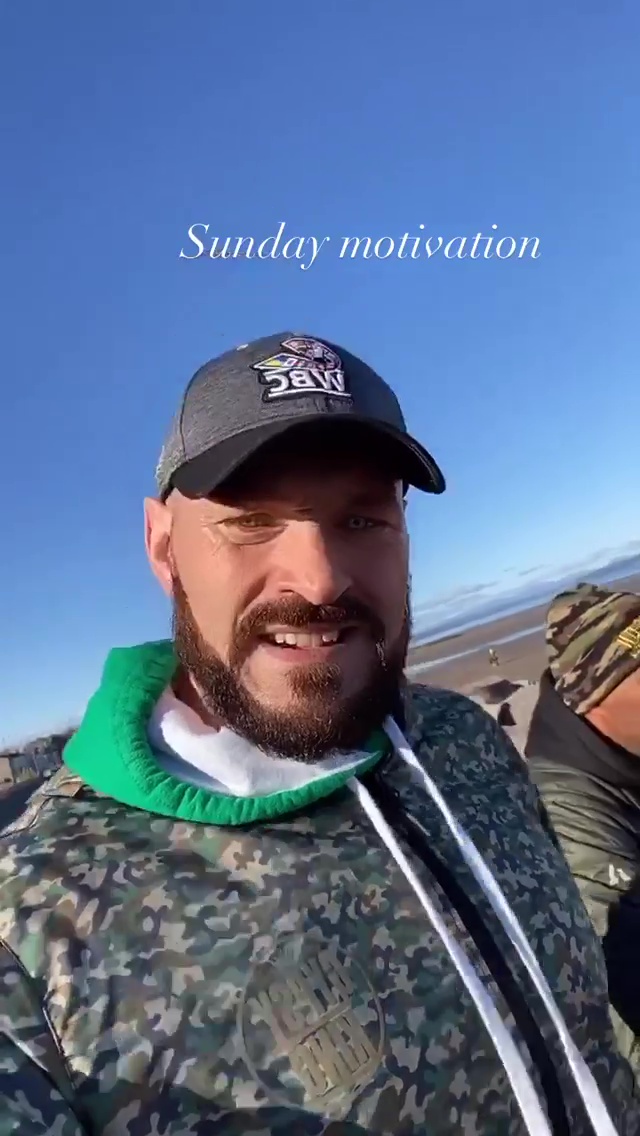 He has since bounced back to be crowned WBC champion, citing daily exercise as the catalyst to his recovery.

And Fury wants to encourage his 3.8million Instagram followers to follow in his footsteps by getting their running shoes on.

Taking to Instagram, he uploaded a video jogging across Morecambe bay and said: "Morning everybody, a nice little fat burner on a Sunday morning. A bit of motivation.

"Get up, get your running gear on a get on the road. You'll feel much better. Just do a little bit."

It comes just a day after Fury teamed up with poet Hussain Manawer on a poem read aloud in a powerful film montage.

The poem read: "You are not my best friend. Stop trying to tell me you are.

"But I agree, you are there for me when nobody else is, when I'm really feeling helpless.

"But because of you, some of my closest friends are starting to call me selfish. 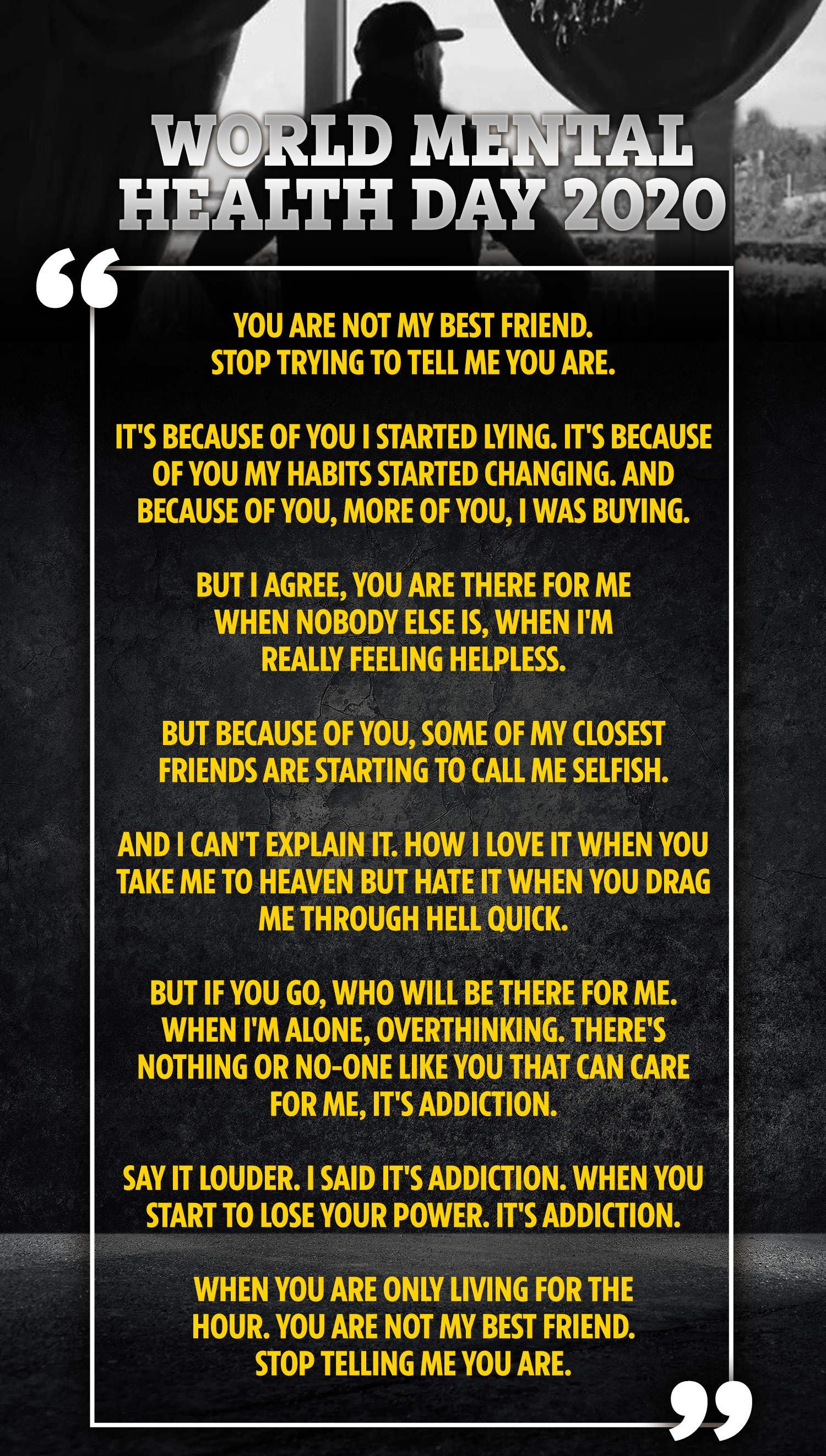 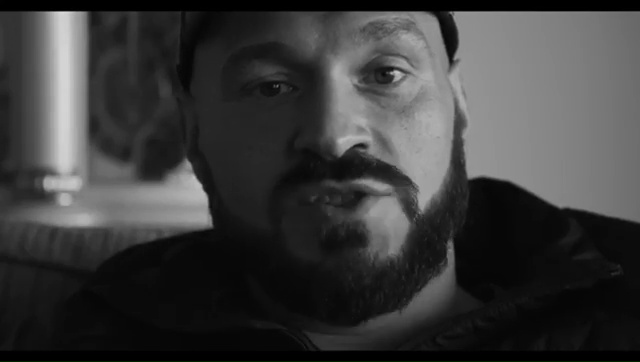 "And I can't explain it. How I love it when you take me to heaven but hate it when you drag me through hell quick.

"But if you go, who will be there for me. When I'm alone, overthinking. There's nothing or no-one like you that can care for me, it's addiction.

"When you are only living for the hour. You are not my best friend. Stop telling me you are."

Speaking about the motivation behind the film, via Boxing News 24/7, Fury said: "It’s incredibly important to speak up and fight the stigma of mental health.

"Boxers are the toughest of the tough but mental health affects each and every one of us differently.

"Working with Hussain and creating the short film reminds people that they are not alone – help is always there and it’s important we keep talking about it.

"This World Mental Health Day we need to redefine what it means to be a ‘strong man’."

After snatching Wladimir Klitschko's heavyweight crown in 2015, the 6ft 9in Brit ballooned in weight to 28st after boozing and bingeing on cocaine – leaving him feeling low and empty.

Tragically, Fury revealed he even attempted to take his own life in 2016 by driving his Ferrari towards a bridge at 190mph.

And the 32-year-old admitted to suffering with his mental health during lockdown – relying on his daily workouts to stop him 'going round the bend'.

If you have been affected by any of the issues in this article contact The Samaritans on 116 123. They are available for free at anytime.

Former ‘Price is Right’ host Bob Barker has ‘no regrets’ about his career, is ‘a fan’ of Drew Carey: pal
Recent Posts
World News
We and our partners use cookies on this site to improve our service, perform analytics, personalize advertising, measure advertising performance, and remember website preferences.Ok